Don’t Throw the Preborn Baby out with the Bath Water

Diane Meyer is a close friend of mine and my wife, Nanci. In fact, she is like a third daughter to us. She lived with us when our daughters were small, and when she was a young unwed mother. We had the joy of seeing her come to Christ, and we helped her place a baby for adoption. Over the years we have seen Diane honor Christ and serve the needy, with a great heart for women in prison, and those damaged by abortion (She and I and Dan Franklin spoke together about abortion to our church in January 2010; video is available on our site.). Nanci recently accompanied her on a ministry visit to an Oregon women’s correctional facility. When Diane told me about her experience at the Justice Conference, I asked her if she would write this guest blog. This is a sister in Christ who knows what she’s talking about. I encourage you to listen. —Randy Alcorn

Two months ago I went to the second annual Justice Conference held in Portland. This international gathering sponsored by Kiln College and World Relief, is intended to be a place where speakers, pastors, theologians, professors, and activists join in a conference format for a discussion on what it means to live out the topic of justice.

I was intrigued and excited to be going to listen to nationally known speakers on such diverse subjects as sex trafficking, gangs, racial tensions, poverty, gentrification, and immigration. The speakers resonated with my heart and I loved being there and learning from their experiences.  (Plus, I had a feeling that this was a chance to hang with the cool crowd. Win-win.)

With the focus on human rights and the desperate needs of the world’s most vulnerable, I hoped that someone would speak to the issue of abortion. While the local Pregnancy Resource Center had a booth there, alongside dozens of others, I would have loved to hear someone up front speak out for the unborn and their mothers. (To be fair, I don’t know if someone had been invited to speak on the subject. I just know no one did.)

Though I was hoping that someone would talk about unborn children and women scarred by abortion, to be honest, I didn’t really expect it. The sense I’m getting lately from a large number of people is that pro-life concerns are old news. People seem to be distancing themselves from it because, as I was recently told, it is “too wrapped up in politics.”

Some see abortion as the pet project of the Republican Party, and the hobby of flag-waving, NRA- loving, wealthy, right-wing, and capitalist, Christian evangelists. This image leaves a distasteful feeling with many.

Honestly, it seems to me that many of the cool, hip, postmodern, emerging church Christians are into a selective group of causes that do not include preborn children and mothers whose lives have been shipwrecked through their abortions. We rightly address world hunger and sex trafficking, and God knows we should. There are other issues such as the environment which are considered cutting edge, while being a pro-life Christian has become, in the minds of some, a bad cliché.

I agree that all of these vital issues need to be addressed, and need people and ministries to attend to them. I am humbled by the work that is going on all over the world by people who want to see justice done in almost every area imaginable. There are amazing, courageous and determined brothers and sisters pouring their lives out for the well-being of others and it is so encouraging to be made aware of them through the Justice Conference. It spurs each of us on to work harder and to give more. When I brought up the abortion issue to a couple people at the conference, my question was answered by more questions; what about needless war and all the innocent people being killed? What about socio-economic issues?

But why the deflection? I wasn’t trying to win an argument, just honestly questioning the lack of a pro-life viewpoint being represented. It seems as though being strongly pro-life (in the historic sense of anti-abortion) is increasingly unpopular with the evangelical “in” crowd.

Maybe my problem is that I can’t view abortion as simply a political issue or a popularity contest.

This is how I view it: a doctor violently killing a child with the mother’s consent.

We’ve all heard the sad and tragic stories. She can’t afford a child. She’s afraid she might abuse the child. She doesn’t want to lose her job. There is no father in the picture to help raise her child. She was raped.

But killing her child does not mean she is no longer a mother. It means she is a mother who has killed her child. How do you suppose she lives with that knowledge?

Abortion kills children and destroys women from the inside out. Before you shake your head or roll your eyes in denial, consider that our prisons and homeless shelters are filled with women who have chosen abortion, or had abortion chosen for them.

I know this because I work with them. I have held women as they spill out their deep shame and self-loathing for this choice they made. I have tried to comfort them as they share their hopelessness and despair; sure that God will punish and condemn them. I have listened and cried with them as they share how their decision to end the life of their child led to such despair and guilt that they have turned to drugs, alcohol, suicide attempts and other destructive behaviors, because nothing mattered anymore.

My understanding of these women and their anguish came to me at the cost of two of my own children through abortion. There was no dignity in their deaths and I have mourned their loss for years and will continue until the day I die. There was a time when I wanted the Lord to take my life because of this choice I made that ended the lives of my children. When I visit women in prison and the homeless shelter, sharing Jesus and encouraging those scarred by abortion, I can weep with them because I feel their sorrows as my own. Their tears are my tears and their heartache is my heartache. 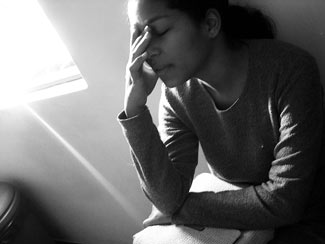 How can it be good for our society to be filled with women who are weighted down with this burden?

My brothers and sisters in Christ, I implore you; do not look the other way while children are being killed in your neighborhood and you do nothing and say nothing because you believe there are other, more pressing issues.  Don’t choose between standing up for and helping people who have been born and the youngest and most vulnerable of people, the pre-born. If being anti-abortion will not be as popular or progressive as being anti-sex-trafficking, have the courage and compassion to be both.

Abortion is much more than an opportunity for prolife Christians to throw fundraisers, have meetings and create programs.  Abortion is the betrayal of women and one baby after another being violently killed. It is the death of millions of inconvenient but precious children. Doesn’t this break your heart? It breaks God’s heart because each human life is created in God’s image (Gen. 1:27). Do not dismiss the entire prolife position and only embrace environmental issues, sex trafficking ministries and others that focus on what is trending now. Be supportive of them all. Speak highly of them.  Bring attention to them. Don’t invalidate the prolife stand because you don’t like the politics of some prolifers. Don’t turn away from these children and their mothers. They are just as worthy of justice and protection as any others.

So please. Don’t throw the baby out with the bath water.

I think Mother Teresa said it simply and said it best:

"Many people are concerned with children of India, with the children of Africa where quite a few die of hunger, and so on. Many people are also concerned about the violence in this great country of the United States. These concerns are very good. But often these same people are not concerned with the millions being killed by the deliberate decision of their own mothers. And this is the greatest destroyer of peace today—abortion, which brings people to such blindness." 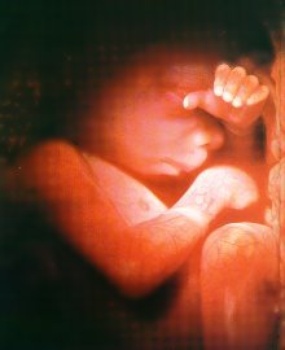 I served on the board of the first crisis pregnancy center in the Pacific Northwest back in the 1980s, so the work that Pregnancy Resource Centers across the country (under the umbrella of the national organization, Care Net) are doing to save unborn babies is close to my heart.

When I was 17, I found myself apart from my family, involved in an unhealthy relationship with a man and pregnant-which was something I didn’t want to think about or deal with.
Invest in Eternity