During the election season I addressed the issue of religious liberties and the implications the reelection of our President would have. I so much wish I was wrong about this. Here is a Christian businessman who owns Hobby Lobby and Mardel Christian bookstores, and employs thousands of staff. He is being ordered by the administration, and this has been upheld by a district judge, to violate his conscience by paying, via insurance, for his employees’ abortion-causing chemicals and procedures. Please pray for David Green, his company and their employees. And for the far-reaching implications of civil rights and religious liberties.

U.S. District Judge Joe Heaton ruled Nov. 19 that the Oklahoma City-based companies must provide the "morning after" and "week after" pills under new federal healthcare rules that begin Jan. 1. If they don't, the companies will face fines of up to $1.3 million per day.

"We disagree with this decision and we will immediately appeal it," said Kyle Duncan, general counsel for the Becket Fund for Religious Liberty. "Every American, including family business owners like the Greens, should be free to live and do business according to their religious beliefs. The Green family needs relief now, and we will seek it immediately from the federal appeals court in Denver."

The court did not question the fact that the family's beliefs forbid them from participating in abortion, but ruled that those beliefs were only "indirectly" burdened by the mandate's requirement that they provide free coverage for specific, abortion-inducing drugs in Hobby Lobby's self-funded insurance plan.

Kevin DeYoung is a pastor and an excellent writer. His blog is one of my favorites. I’ve talked about the Hobby Lobby case before, but asked Kevin’s permission to repost his blog. 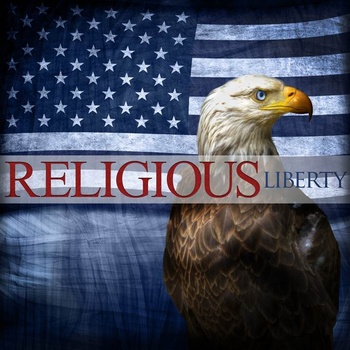 This blog is about religious liberties. I believe where the next president stands on this issue will profoundly influence the culture in which our children and grandchildren will live.

Randy Alcorn Addresses the Attack on Religious and Civil Liberties

In this four-minute video, Randy Alcorn addresses the importance of religious and civil liberties today in America, and reacts to their recent erosion. He specifically outlines his concern regarding the health insurance mandate that requires institutions to provide coverage for abortion and contraceptives of all kinds, including those which cause abortions.
Invest in Eternity