Some Thoughts on Les Misérables

I love the redemptive message of Les Misérables, from book, to stage, to screen. It reminds me of the song “Amazing Grace,” because it is deeply loved even by those who don’t fully believe its message. The beauty of the story is so great that even those who don’t believe in God, his grace and forgiveness and his ability to transform a man, still love it. This suggests that deep inside, being God’s image-bearers, part of them resonates with the gospel message which is portrayed, even if imperfectly, in Les Misérables.

I’ve seen three movies based on Les Mis, including the new musical, and I am still hearing in my head Anne Hathaway singing “I Dreamed a Dream.” Here’s some of that song in the movie trailer of the 2012 December release. It doesn’t have the power of Hathaway’s facial expressions in the movie, or the benefit of the context, but if you’ve seen it, it will take you back. It just took me back enough to start crying again: 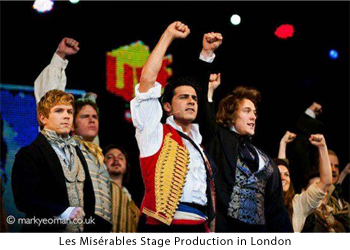 I can’t recommend the movie for young people because of the explicitness of the portion dealing with prostitution, but I am grateful that it shows the desperation and ugliness of that degrading vocation, instead of romanticizing it like Hollywood so often does. In some ways I preferred the 1998 movie with Liam Neeson as Jean Valjean. As a non-musical, it lacked the memorable songs of the new movie, but it also lacked the unmemorable ones, and I felt some aspects of the story were stronger. Still, both are great movies.

Victor Hugo’s masterpiece has been powerfully rendered again and again. There is much to celebrate in it, though of course like any human work, it’s not theologically infallible. Some points in it lend themselves to misinterpretation, especially related to the character Javert. I applaud Joe Rigney, in his Desiring God blog, for holding the drama in respect, while probing into a few issues that thoughtful believers will want to consider:

‘Les Misérables’ and the Law of God 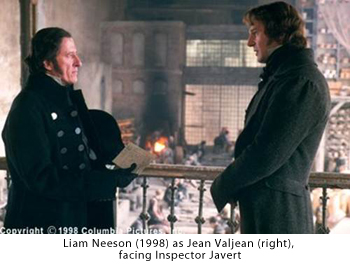 Victor Hugo’s Les Misérables is again a topic of conversation, and for good reason.

Christians, in particular, have rightly celebrated the portrayal of the beauty of mercy and grace in this moving 150-year-old tale. Most of the theological analyses have contrasted Javert, the law-obsessed Inspector, with Valjean, the grace-transformed thief.

And while much of this analysis has been spot-on, it’s important that a central biblical and theological reality not get lost. Let me put it this way: Many people regard Javert as the consummate legalist, the embodiment of a single-minded preoccupation with perfect obedience to God’s righteous Law. The problem is this: he’s not. 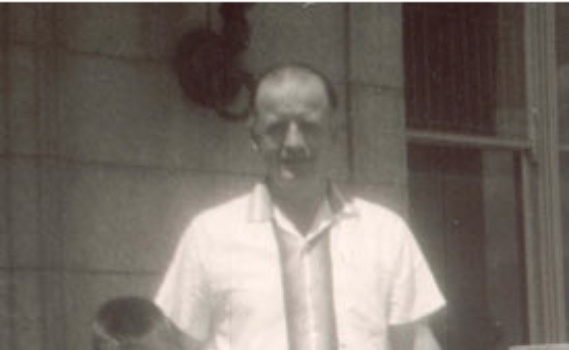 Truth, Grace, and My Father's Conversion at Age 84

audio August 1, 2012
My father was the most resistant person to the gospel I’ve ever known. He warned me never to talk to him again about “that religious stuff.”

The Grace and Truth Paradox: Q&A