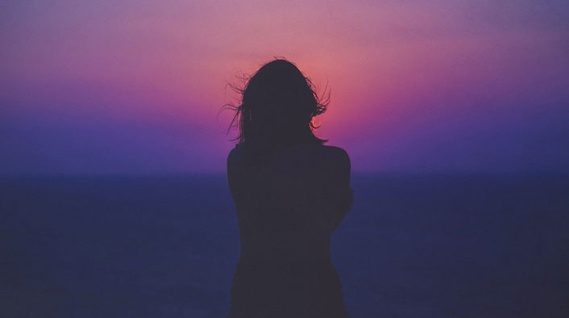 Millions of women and men, both in society as a whole and in our churches, are suffering under the guilt of abortion. The heavy emotional burden of abortion isn’t limited to those who’ve had one. A schoolteacher in her forties said, “Advising my daughter to have an abortion led me into a long, suicidal siege. I’m not over it yet." [1] (Another group of people affected are those who work in abortion clinics. Check out this article, “Mugged by Ultrasound,”about why so many abortion workers have turned prolife. Wow. Also, see Justin Taylor’s blog for the sixth video released about Planned Parenthood.)

I encourage you to read through the following perspectives from Diane Meyer, a close friend of ours. In fact, she’s like a third daughter to me and Nanci. She lived with us when our daughters were small and she was a young unwed mother. We had the joy of seeing her come to Christ, and helped her place a baby for adoption.  (Just this last year she was reunited with her 33-year-old son and it was our privilege to be there with Diane’s family and the adoptive parents.) 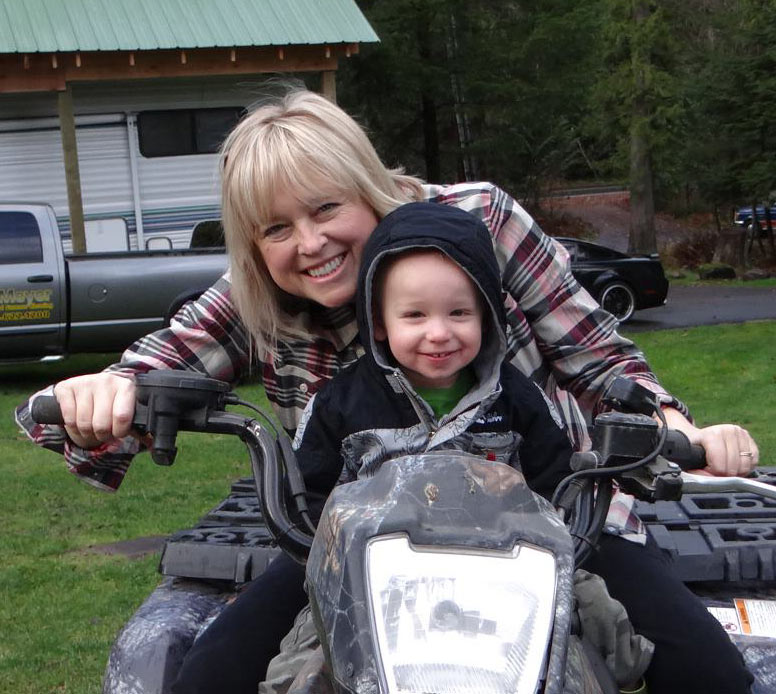 Over the years we’ve seen Diane honor Christ and serve the needy, with a great heart for women damaged by abortion (She and I and Pastor Dan Franklin spoke together about abortion to our church several years ago; video is available on our site.)

I can’t express how deeply Nanci and I respect Diane. She’s a courageous and insightful voice who deserves to be heard. She has helped countless women, including those she’s worked with in prisons, come to terms with their abortions and seek forgiveness and healing in Christ.

Diane’s thoughts that follow remind us that as we continue to speak out about abortion, we should do so in a spirit of grace and truth, always pointing to the hope and forgiveness found in Jesus Christ. Christ died for the sins of us all; and His forgiveness is freely available to all: “For God so loved the world that he gave his one and only Son, that whoever believes in him shall not perish but have eternal life.”

Because of the mountain of blogs, posts, statuses and tweets on social media concerning the Planned Parenthood videos, I hesitated before adding my own voice. But then I remembered that I am a witness and it is my job to speak the truth.

I am encouraged by these videos being released because it is good that, however horrible, this truth is coming out and is being discussed. It is being seen.

The really difficult part for us to stomach is not so much the profit being enjoyed by Planned Parenthood but rather the simple truth that there are baby body parts to harvest because there is a baby’s body.

Along with many thousands of other women, I don’t need to watch these Planned Parenthood videos (in fact, I cannot) because I’m a firsthand witness to what happens at abortions. I have my own unwanted videos that play in my head. There is no unseeing that, there is no unhearing that and there is no unknowing that. I am a witness to the truth.

These videos are so enflaming because they are making us actually see what is happening.

The truth of these videos may make women who have chosen abortion, or had abortion chosen for them, lash out in self-righteous indignation and bitter anger. They cannot face this truth because it would mean that they ended the life of their own child.

Or they may howl in pain and despair, because how are they supposed to live, supposed to go on, supposed to breathe at all, knowing what they did. We are missing our babies.

You have an opportunity to be Jesus here.

Cry with us as we miss our children.

Be kind. Be gentle.

I want to gather all these women up and hug them until they don’t hurt anymore.

Please convince me, convince all of us, we are wrong. Show us that Planned Parenthood is not actually harvesting children’s body parts; that it is just unorganized unrecognizable blobs of tissue. Don’t just tell us; prove to us that we didn’t really kill our children. Show us evidence that they could feel no pain during the violent procedure that took their lives. Tell us that the parts weren’t taken for profit. Convince us mothers that we’ve not experienced great loss and that we should not grieve for our children.

I wish you could do that. But you can’t, nor can anyone else. Because I am a witness to the truth.

So how am supposed to live with myself? I can’t. I don’t.  It is only because of Jesus Christ who forgives me for EVEN THIS, and it is He that lives in me.

Did you hear that, sister? EVEN THIS. Repeat that out loud to yourself.

Believe that. Count on that. I am testifying to the truth.

Can you imagine that God that would come live in ME? Amazing grace is what that is. He redeemed me from shame and sin and death and He calls me His own. And I, who am more unworthy than most, will proclaim this unbelievable, preposterous truth until the very end. Praise God.

As Diane shares, because of Christ’s work on the cross on our behalf, God freely offers us forgiveness, for abortion and every other sin. Here are just a few of those offers:

He does not treat us as our sins deserve or repay us according to our iniquities. . . . As far as the east is from the west, so far has he removed our transgressions from us. As a father has compassion on his children, so the LORD has compassion on those who fear him. (Ps. 103:10, 12–13)

If we confess our sins, he is faithful and just and will forgive us our sins and purify us from all unrighteousness. (1 John 1:9)

Therefore, there is now no condemnation for those who are in Christ Jesus. (Rom. 8:1)

If you or someone you know has had an abortion, there are Bible studies designed for women, and others for men, offering compassionate help and healing. Many online resources can help you find the support group you need. Those in the Portland, Oregon area can learn more at First Image Heart. For those in other areas, see Silent No More, Heart Beat International’s Abortion Recovery Ministries or Hope After Abortion to connect with a post-abortion healing group in your area.

Photo by Sasha Freemind on Unsplash 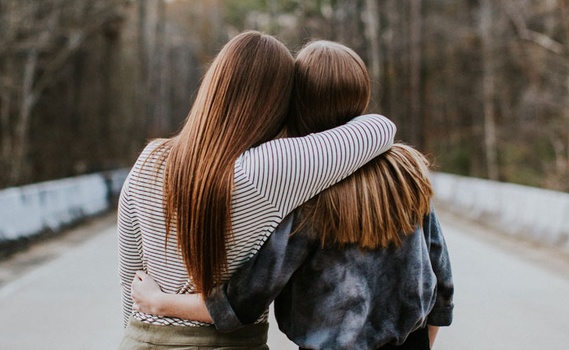 Is It Judgmental and Unloving to Believe That Abortion Is Child-Killing?

To many people, Jesus’ words “Do not judge” mean never questioning someone’s choice of abortion, and love and compassion mean never trying to deter someone from considering abortion. In fact, many consider it “judgmental” even to say abortion is wrong. 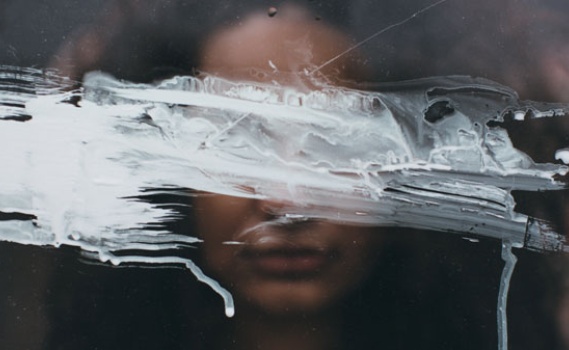 An angry uterus heating pad, an F-U-terus pin, a box of chocolates, a girl power hat, a coloring book of Supreme Court Justice Ruth Bader Ginsburg: these are some of the gifts recently suggested by Teen Vogue as ways that girls can show their “care” to teenage friends who just had abortions. 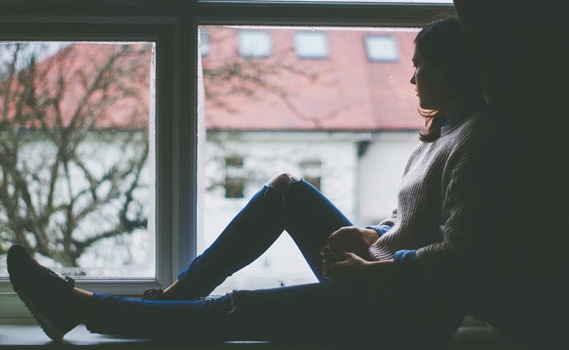 Some Christians may think, “Believers don’t have abortions, only un-churched people do.” This simply isn’t true.

It’s common to talk to women physically or psychologically damaged by abortions, who say, “I had no idea this could happen; no one told me about the risks.” Unfortunately, the large body of evidence indicating significant abortion risks has been suppressed and ignored.

Millions of women and men, both in society and in the church, are suffering under the guilt of abortion. If you’re a woman who’s had an abortion, or advised another to have one, this blog is for you. If you’re a man who’s been involved in an abortion decision—whether it concerned your girlfriend, wife, daughter, or anyone—it’s also for you.
Invest in Eternity