Last Saturday, thousands of prolifers across the nation gathered at rallies in front of Planned Parenthood clinics. I’m grateful for everyone speaking up for the unborn, including John Piper, who shared these reflections from the protest in St. Paul. What he wrote so expresses my heart.

Someone recently asked me, “How does this current wave feel to you compared to what you experienced in the late 1980s?” When I and others, including John, spoke against Planned Parenthood 25 years ago, few listened. I'm grateful the truth is coming out.

Speak out for those who cannot speak,
for the rights of all the destitute.
Speak out, judge righteously,
defend the rights of the poor and needy. 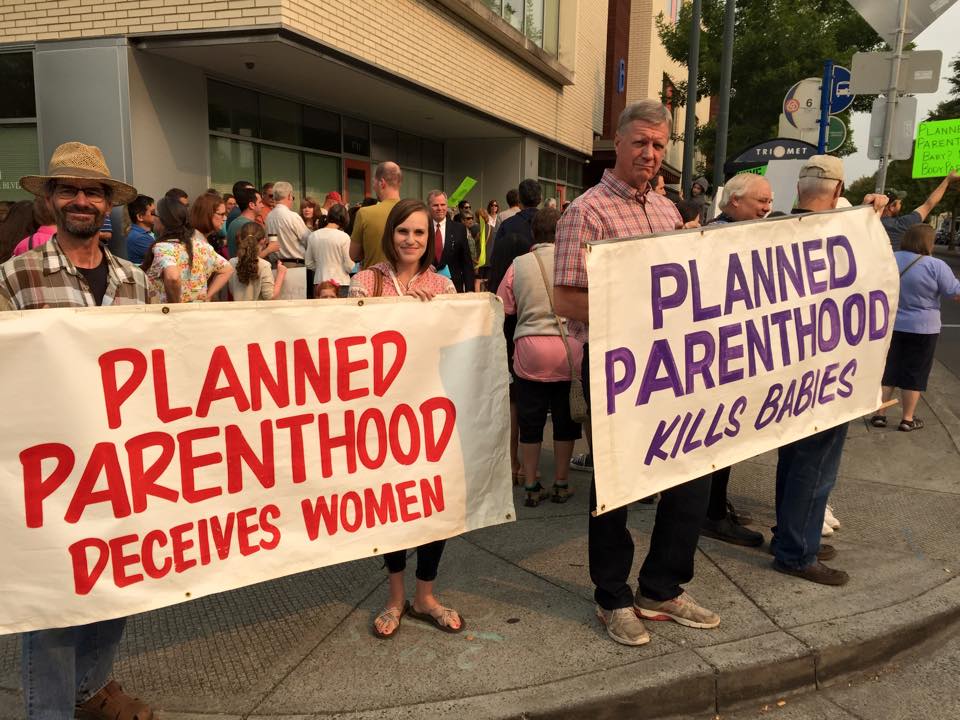 I was privileged to be one of 300 plus people who joined a rally in front of the Portland, Oregon Planned Parenthood to protest their harvesting and selling of aborted baby parts. I’d never done anything like this before, but a friend’s invitation and John Piper’s words compelled me to take part. I knew attending a rally isn’t the most I can do to take a prolife stand, but it’s a start.

It was an eye-opening experience. At one point, a middle-aged woman jogged by, cutting a path through the people gathered. She didn’t stop to talk with anyone, but with every step, she rhythmically breathed out, “Choice. Choice.  Choice.”

The general response from those driving by on the busy downtown street was half positive, half negative. There were a lot of obscene gestures and comments from drivers young and old. But there were also numerous supportive people waving, smiling, and honking their horns.

I was most struck by the contrast between the quiet, prayerful attitude of those at the rally and the demeanor of those mocking us. Watching their faces go by, they appeared angry, offended, sarcastic. I had to remind myself that they’re sinners just like me, and all of us are in desperate need of God’s grace and forgiveness. At least we could pray for them, knowing that it’s always possible for the Lord to touch and change hearts. 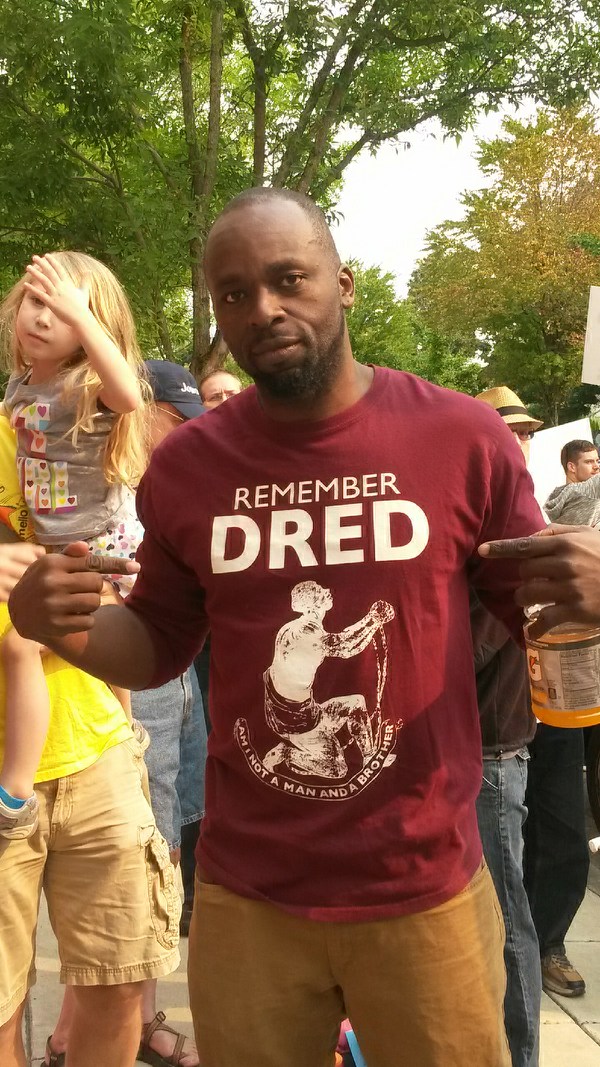 Most encouraging was seeing the variety of ages present, including lots of young adults. A friend and I appreciated a shirt that a young man wore. The front said, “Remember Dred,” and, “Am I not a man and a brother?” The back said, “Abolish Roe.” This was especially sobering remembering the horrific Dred Scott decision in 1857 which said that a black individual was not considered a person under the U.S. Constitution.

One young woman at the rally held a hand-drawn sign: “Black Lives Matter—Especially Young Ones.” Numerous African American drivers positively connected with her message, waving and giving her thumbs-up. I watched as a young black man drove by and yelled, “You’re all beautiful! Especially…”—and he pointed specifically to the girl and her sign—“YOU!” I thought her words and their responses were compelling, considering the high percentage of black babies aborted at this clinic, ironically located on a street named in honor of Martin Luther King, Jr.

Another protester held a sign marked with the words, “Let Justice Roll Down.” A friend remarked that it made him think of MLK, who used the phrase “Let justice roll down like water”, a reference to Amos 5:24, in his “Letter from a Birmingham Jail.” 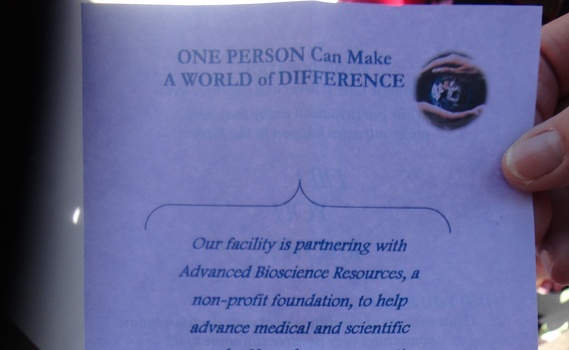 article October 19, 2015
In my own home state of Oregon, a prolife organization has confirmed that it’s not just Planned Parenthood that’s selling baby body parts for medical research, but also a private abortion clinic in Portland.

article March 2, 2008
I've become aware of something that has to be heard to be believed: actual recordings of an actor calling various Planned Parenthood offices, pretending to want to donate money exclusively to abort black babies. Prepared to be blown away by the responses you hear.
Invest in Eternity