Lessons from the Life and Ministry of Ravi Zacharias 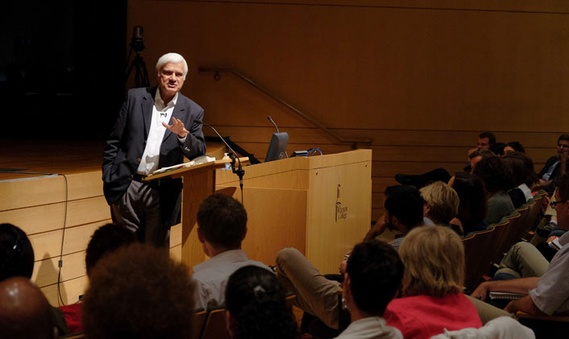 Author, speaker, and apologist Ravi Zacharias went home to be with Jesus last week. He was a humble, Jesus-loving brother who spoke to millions of people but, in my experience, made everyone he talked with feel like they are the only one around. I thank my Lord Jesus for showing me his humility through Ravi, a great man who didn’t know he was great. (See my recent blog featuring Ravi answering questions along with Hugh Ross, and a personal story that demonstrates his heart for others.)

There have been several excellent tributes to Ravi, including this one from Amy Orr-Ewing, a senior vice president with Ravi Zacharias International Ministries. She writes,

As popular consensus told us that young people can’t concentrate for prolonged periods of time, Ravi preached to packed-out audiences in pin-drop silence. Many of his hearers were the young, teenagers and students figuring out life’s big questions. His messages combined profound philosophical insights, multiple literary allusions and straightforward explanations of the gospel. For Ravi, questions lead us towards God and not away from him. He was not afraid to explore the deepest and hardest questions facing the world and to set forth how Christ meets humanity there. He was utterly confident that the Christian faith had profound meaning to offer in the darkest shades of the soul.

Alister McGrath wrote for The Gospel Coalition about Ravi’s legacy, and Sam Allberry shared three lessons he learned from working with and observing him. May these be true of us, too, as we share about the good news of Jesus with others:

3 Lessons I Learned from Working with Ravi Zacharias

There’s a 20-year-old scrunched-up piece of paper carefully filed away in my office. It’s scrunched up because it was the only thing I had at hand when I realized I urgently needed something to write on, and it’s carefully filed because scribbled over every inch of it are notes from the first talk I ever heard from Ravi Zacharias.

Ravi was speaking at an evangelistic event for students at the University of Oxford in the early 2000s. I’d heard his name from others but had never heard him speak. I was working for a campus ministry at Oxford at the time and went to hear him speak. It was what I now know to be vintage Ravi––high-altitude, incisive, and compelling.

But it was the extended question time afterward that really made me sit up. Ravi was being asked about everything from gay marriage to quantum physics, and what struck me wasn’t so much that he had something to say in response to each question, though that itself is no small thing. It was the way in which he spoke. Ravi was someone who’d been doing this sort of thing for decades, but none of his answers felt canned. Each felt so fresh, so personal and respectful. So I found the only piece of paper I had on me––a scrunched-up handout in my pocket from a meeting I’d just come from––and scribbled furiously anywhere I could––around the margins, in the gaps between what was already on it, and in an ever-decreasing font size to fit as much as possible.

It’s been four years since I started working with Ravi Zacharias International Ministries as an itinerant speaker. I’ve had multiple opportunities to see Ravi in action and behind the scenes. We’re now a large and global speaking team, with around 100 speakers from yall parts of the world, but Ravi has very much shaped the tone and culture of the team.

Here are three things I’ve learned from working with Ravi.

1. The person matters more than the question.

I’ve never really felt like I was an evangelist. Every image that comes to mind when I hear that word is of something I’m not––gregarious, extroverted, or super confident.

But what I’ve seen from Ravi’s ministry is that what has makes him such an effective evangelist is that he’s actually pastoring unbelievers. His focus is the person, irrespective of their question or demeanor. When he would return from trips and report to the team, he would always mention particular individuals for us to pray for, especially those carrying deep wounds and pains. “Answer the questioner, not the question,” he would often say. When a student approached a microphone to ask a question, he wouldn’t be seeing a challenge that needed to be met, or an obstacle that needed to be dealt with, or an argument that needed to be won. He would see a person who needed ministering to.

Whether the question was answered amazingly wasn’t the key issue; what really mattered was responding to the person, not just what they were saying.

It’s easy to reduce apologetics to argumentation. I’ve seen Christians who seem to think that contending for the gospel means stomping over everyone who raises any objections to faith. But it’s all too possible to win an argument and yet end up losing the person––as though the gospel was advanced by a succession of mic-drop moments.

But Scripture shows us something different. When Peter calls us to be ready to give an answer for the hope we have, his attention is on our demeanor, not just our words: “Always being prepared to make a defense to anyone who asks you for a reason for the hope that is in you; yet do it with gentleness and respect” (1 Pet. 3:16). This text has been foundational for Ravi, and, through him, for the whole team. Tone matters. A true word said ungraciously will not commend the gospel. We can un-preach with our manner what we think we’re preaching with our words.

Peter’s words don’t include the caveat “unless they’re a jerk, in which case you can unload on them.” There were many times at a university forum, when a student would ask something in a snarky way. But Ravi would always aim to respond with gentleness and respect. It could often be disarming. They may have just treated him with disdain, but his response was both dignified and dignifying. He didn’t belittle others, or humiliate them.

3. The cross is the heart of the message.

Ravi’s calling was always as an evangelist. His work as an apologist was in service to that calling. The phrase we would often hear was “evangelism undergirded by apologetics.” Apologetics was never an end in itself, as though the aim of the game was mainly to show that our thinking and beliefs were superior to those of others. The place for apologetics was in serving the promotion of the gospel itself.

Ravi’s message wasn’t so much the intellectual credibility of the faith (though he has done more than anyone else in this generation to commend that); it was Christ crucified. When Paul said, “I decided to know nothing among you except Jesus Christ and him crucified” (1 Cor. 2:2), he didn’t mean that he only talked about the cross; rather, he meant the cross was the animating heart of everything he did say. Ravi’s goal wasn’t to demonstrate the shallowness of, say, secular thinking; his goal was to present Christ. He didn’t preach an argument; he used argumentation to preach a person.

Ravi has now gone to be with the Christ he so loved to proclaim. He wasn’t a perfect man (and he would be the first to stress that), but he did know someone who was, and did all that he could to commend him.

This article was originally posted on The Gospel Coalition and is used with permission of the author.

[Ravi] said he also loved the culinary arts, writing once, “My family still thinks that after I retire, I will open a small restaurant somewhere. If I ever did, it would be for great conversations around a great meal.”

In my book Heaven I write that there’s a biblical and logical basis for believing that on the New Earth we will have the privilege of living out some of the dreams we had for this life that we weren’t able to fulfill. Perhaps on the New Earth, Ravi will get to live out his dream of cooking and/or having a restaurant, one open to people of every tribe, nation, and language. In any event, I look forward to the great food and conversations around the tables on that redeemed and resurrected earth, and to seeing my brother Ravi again, in the presence of King Jesus! 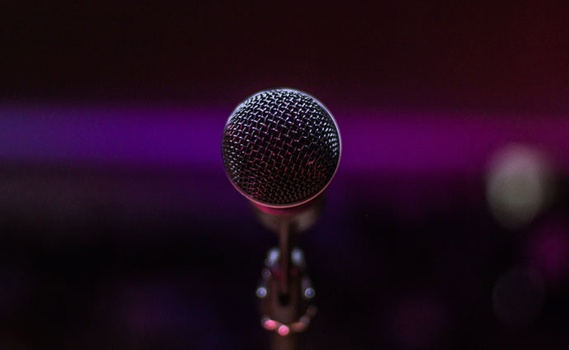 I listened to this video with a recording of Ravi Zacharias and astronomer Hugh Ross, who were guests on Ohio State University’s radio program. It was recorded in 1994, but what both of them have to share and how they answer questions from callers,  many of them antagonistic toward Christianity, is timeless. 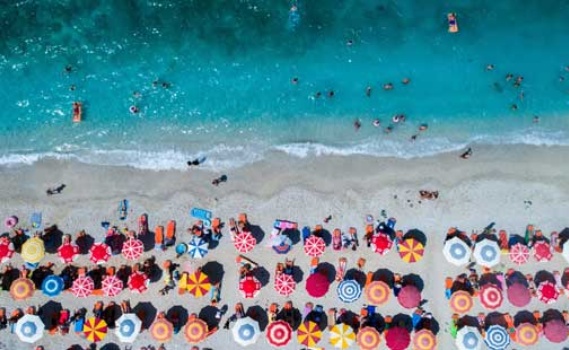 The concept of a bucket list, a list of things you want to do before you “kick the bucket,” is entirely understandable for people who believe that this is the only life they will ever live. 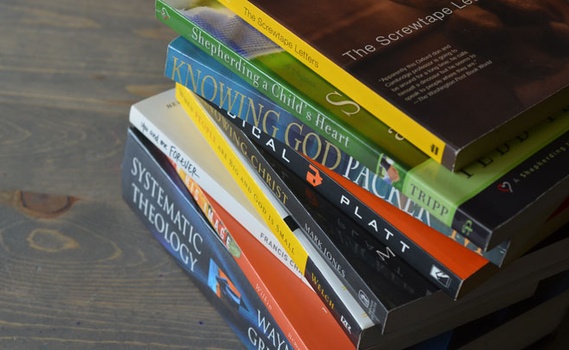 Scripture tells us to “grow in the grace and knowledge of our Lord and Savior Jesus Christ” (2 Peter 3:18). The following list of online resources and books can help you go deeper in your relationship with Christ and learn more about Him.
Invest in Eternity