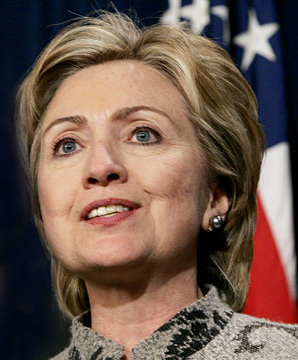 Some thoughts on those angry voters. Ask parents of any two-year-old and they can tell you about those temper tantrums: the stomping feet, the rolling eyes, the screaming. It’s clear that the anger controls the child and not the other way around. It’s the job of the parent to teach the child to control the anger and channel it in a positive way. Imagine a nation full of uncontrolled two-year-old rage. The voters had a temper tantrum last week ... Parenting and governing don’t have to be dirty words: the nation can’t be run by an angry two-year-old. — ABC World News Tonight anchor Peter Jennings in his daily ABC radio commentary, November 14.

They are not voting Republican tonight, Mary. They are voting against a lot of unhappiness in their own lives ... I think that it’s very easy for the Republicans to make the same mistake that the Democrats made in thinking that somehow we’ve been given this great mandate ... They have got to be practical. They have got to compromise. They have got to meet the real needs of the people. This is not an anti-government vote tonight. — U.S. News & World Report Senior Writer Steven Roberts on CNBC’s Equal Time, election night.

Hillary Clinton, like Eleanor Roosevelt, had already done a great service. Unlike Barbara Bush, she got involved. She has taken stands. She has been a great leader. It’s too bad, of course, that there is not health care legislation this year, but that is Congress’ failure, not Hillary Clinton’s. Her role has been a success. She awakened the nation. She educated the nation. She enlightened the nation... For when a nation gets two leaders for the price of one, a Franklin and Eleanor, a Bill and Hillary, it can tackle twice as many problems, find twice as many solutions, make twice as much progress. — Former NBC News President Michael Gartner in his USA Today column, September 27.

She (Hillary) is really convinced that the right wing is incredibly well-organized, and there is kind of a hate campaign going on in this country that is, is deeply and well-organized, and it poses a real threat to government and the Clintons personally. And I mean, she may be right. — Newsweek Washington Bureau Chief Evan Thomas on Inside Washington, August 13.

A liberal bias? I don’t know what a liberal bias is. Do you mean we care about the poor, the sick, and the maimed? Do we care whether people are being shot every day on the streets of America? If that’s liberal, so be it. I think it’s everything that’s good in life that we do care. — UPI White House correspondent Helen Thomas on C-SPAN’s Journalists Roundtable, December 31, 1993.

Well, it may seem the sheerest act of heresy to say so, but far from being pathologically dishonest, Bill Clinton has been more faithful to his word than any other chief executive in recent memory. he may have skirted the truth about the draft, Gennifer Flowers, Paula Jones, and so on. But Bill Clinton has kept his contract with voters. On policy issues, he has done almost exactly what he said he was going to do, despite setbacks and enormous obstacles. And by so doing, he has make himself an excellent President. — Former Newsweek reporter Jacob Weisberg in New York magazine, September 5 issue.

In less than two years, Bill Clinton had already achieved more domestically than John F. Kennedy, Gerald Ford, Jimmy Carter and George Bush combined. Although Richard Nixon and Ronald Reagan often had their way with Congress, Congressional Quarterly says it’s Clinton who has had the most legislative success of any President since Lyndon Johnson. Inhale that one ... The standard for measuring results domestically should not be the coherence of the process but how actual lives are touched and changed. By that standard, he’s doing well. — Newsweek Senior Editor Jonathan Alter, October 3 magazine story.

As for the economic consequences, the costs of soaking the rich might well be outweighed by the benefits, financial and otherwise, of more stable marriages, fewer divorces, fewer abused children and less loneliness and depression. — From August 15 Time cover story on infidelity, by New Republic Senior Editor Robert Wright.

It is not enough for him to oppose liberalism. He must, like all demagogues, scare his listeners, get them to believe in conspiracy, rumor... Like Reagan, Limbaugh is neither curious or brave; he would rather tell his audiences fairy tales than have them face the world; he would rather sneer at the weak than trouble the strong. — Former Washington Post reporter David Remnick in the Post’s Outlook section, February 20.

What happened was a riveting hour and 12 minutes in which the First Lady appeared to be open, candid, but above all unflappable. While she provided little new information on the tangled Arkansas land deal or her controversial commodity trades, the real message was her attitude and her poise. — Time reporter Michael Duffy, May 2 news story on Hillary Clinton’s press conference on her commodities dealings.

Let’s not debate his presidency, but his passing. As opposed to a man like Reagan, Nixon is, was highly regarded as a genuine statesman with a first-class mind. — Today co-host Bryant Gumbel, April 26.

I hope his wife feeds him lots of eggs and butter and he dies early like many black men do, of heart disease... He is an absolutely reprehensible person. — USA Today columnist and Pacifica Radio talk show host Julianne Malveaux on Justice Clarence Thomas, November 4 PBS To The Contrary.

Life has become so much worse for so many Russians under democratic pseudo capitalism … the first market reforms and the erosion of state authority have fostered a brutal cowboy capitalism. It is manifest in the emergence of a lavish lifestyle among a flamboyant and vulgar new class of businessmen, made up mostly of speculators, traders, and outright criminals, all of whom are stealing the country blind . . . No freedom from fear and no freedom from want: Small wonder many Russians feel nostalgic for the days when there was bread and law and order. — U.S. News Editor-in-Chief Mortimer Zuckerman, March 7.

To watch this President connect with people emotionally is an awesome thing. It’s a raw, needy, palpable, electrifying thing that happens. There was no smile. It’s as if he’s soaking up the people like he’s soaking up the sun, with the warmth pouring deep and direct into his political soul and recharging him, refilling him somehow once again with his own humanity and some sense of his role of the destiny of his country. Then, the hunger slaked, the great beast of Need fed once again, it seemed you could almost see the gratitude pouring off his brow like sweat as he made his way. — Washington Post reporter Phil McCombs, March 30 Style section story on Clinton vacationing in California.

Hillary Rodham Clinton is as pious as she is political. Methodism, for her, is not just a church but an extended family of faith that defines her horizons ... If the Kennedy era was Camelot and the Reagan White House a ranchero on the Potomac, the Clinton presidency in the figure of its formidable First Lady is Washington’s Methodist Moment. — Newsweek reporter Kenneth L. Woodward, October 31 story.

I suspect that as long as the peccadilloes remain within reason, the American people will have great tolerance for a President who has not only seen the sunshine of Oxford, but also the dusky Dunkin’ Donuts of the soul. — Newsweek Senior Writer Joe Klein, January 3 issue.