If, with $50, you could start a business that would require no extra work on your part but would completely provide for a family in one of the poorest nations on earth, would you do it? Of course! Well, you can, in Mozambique, Africa and other poor countries.

Mozambique is recovering from more than two decades of war, drought, and famine that drove a third of them from their homes. As a result of a 1994 peace agreement, a two-party parliamentary government is offering the hope of stability to this country. But, Mozambique has a long way to go.

War has robbed the country of infrastructures and the ability to provide for itself. More than 25 percent of Mozambican children don’t live to celebrate their fifth birthday. Malnutrition stunts the growth of 55 percent of the children. Thousands continue to die of preventable and curable diseases like malaria and diarrhea. Seventy percent of the people have no access to health care—of any kind.

World Relief, the relief and development arm of the National Association of Evangelicals, has successfully instituted an ingenious program whereby the poorest of the poor can be set up in business and freed from the clutches of poverty. It’s called Community Banking. A Community Bank works like this:

Step 2 The group meets once a week for six weeks to learn about simple business practices, nutrition and health, stewardship, and how the bank will operate.

Step 3 Members receive their first loan, up to $50. With the loan some members might purchase flour, oil, and yeast in quantity to begin a bread-baking business. Or, a member might purchase fresh fish to sell in the market, or food staples, or charcoal to sell along the roadside.

Step 4 Each week for 16 weeks members meet to make a loan repayment. Members pay interest at half the commercial rate. Along with the payment of principle and interest, members are required to put at least 5% of their earnings into a personal savings account.

Step 5 When all the loans are repaid, members are eligible for another loan—this time equal to the amount they received in the first cycle plus whatever amount they have put into their personal savings account.

The program is entirely self-sustaining after the initial capital investment of $50 per member. In the past three years World Relief has provided more than 5,000 loans to Mozambican families. And, the repayment rate? One-hundred percent!

The key of the program’s success lies in this: Only when all loans are fully repaid can the group qualify for a new loan cycle. Peer group pressure works!

Fifty dollars doesn’t sound like much to us. However, it’s a lot to the average Mozambican who lives on just $90 a year.

I watched how one Mozambican family in the village of Barringia used their $50 Community Bank loan. Early in the morning the husband and wife mixed flour, water, oil, and yeast in a large galvanized tub. After letting the dough rise for a couple hours the woman took the dough into her mud hut, kneaded it on a piece of white canvas, and shaped it into 120 small loaves which she arranged onto pans.

While the loaves were rising, the woman went back outside and built a wood fire on the top of a piece of sheet iron. She then slid the sheet iron (galvanized roofing) over a 2 X 3 by 1 ft. deep hole in the ground, just large enough to hold the bread pans. When the loaves had raised sufficiently the woman moved the sheet iron off the now preheated “oven,” set a bread pan in the hole, and slid the iron back over the hole.

Fifteen minutes later the loaves were golden brown and a new pan went into the oven. The woman stacked the loaves into a pyramid on one bread pan. Then her eleven-year-old son, Mandito, hoisted the pan onto his head and carried the bread to the marketplace about a block away.

Sold for ten cents a loaf the bread would net $12.00 for the day. Total cost of ingredients was $8.00, for a 33% profit! Not bad for any business! The four dollars would pay the bank loan, purchase rice, maize, nuts, and vegetables, and provide clothing for this Mozambican family.

World Relief’s Community Banks offer help and hope in Jesus’ name to the poorest of the poor. With the returns the Community Banks offer, few investments could be more worthwhile for Christians in this country. Your family or your business could easily provide an initial loan for another family—or, perhaps, ten, or twenty families—and in so doing you’d enable the poorest of the poor to provide for themselves.

A little really can do a lot—if it’s invested right!

Giving as an Investment in Eternity

Randy Alcorn speaks on giving at the Joni and friends 2008 Donors Retreat. 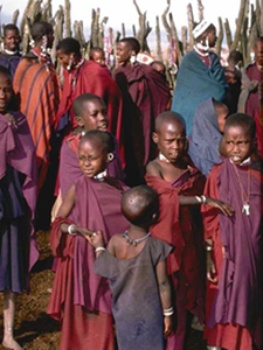