What Events in Your Life Led up to You Becoming a Writer? 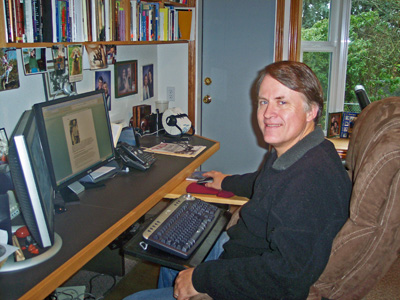 When I was a kid I loved to read, especially comic books, science fiction short stories and novels, and Greek mythology. I think that helped me be a better writer, and my teachers used to make nice comments on my essays. When I was in Bible college, one of my professors wrote a note on a paper I’d done, saying he thought I should be a writer. It surprised me because I’d never thought about writing for anything but school work. That comment made an impact on me, because I’ve never forgotten it.

I attended my first Christian writers’ conference at Warner Pacific College in Portland, Oregon, in 1978. I wrote an article for Moody Monthly magazine that was published the following year. Then, after writing various articles, in 1982 I started writing my first book, which was published in 1985.

What Jobs Did You Have While Growing Up?

Randy Alcorn shares about his childhood and first jobs, including one that involved being held up at gun point.
Invest in Eternity