How Do You Enjoy Your Family and the Ministry?

I’m a full-time youth pastor with four beautiful kids and an incredibly supportive wife. It is so hard to juggle ministry and family and do it well. As someone who has reached the other side, and now with grandkids, does it get easier? How did you find the energy and time to really enjoy the kids AND the ministry?

It did get easier as the kids got older, and more when they launched out into the world on their own, and most of all, of course, when they got married. Yet even when they were young I found that I had to take radical steps to have time alone with God. Instead of watching a TV show, even a good one, after they were in bed I would need to spend quiet time reading and reflecting OR go to bed early in order to get up before the kids to withdraw the next morning. It is a battle, and I truly sympathize.

I would encourage you to look for more ways at your church to delegate responsibilities to others, including other leaders—as Moses did—so that you are less the go-to guy for so many things. I commend you for putting your family first.

I recommend an article on pastoring I wrote many years ago, Pastor-Teacher or Super Counselor?, part of which is included below.

For me, when I was a pastor, the key to physical, emotional, and spiritual healing was getting some extended time off. My church granted me a two-month sabbatical for my six years of service. It was a good investment. 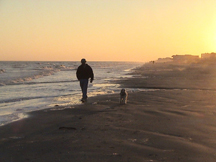 I spent a week alone, meditating and writing. Then I spent nine days at the Oregon coast with my family. It was the time of our lives. We played, bicycled, ate out, picnicked, and ate a lot of ice cream. It was the first time in years when I was not constantly aware of my ministry responsibilities. I ran on the beach, and walked out on a 500-foot jetty and sang to the Lord as I was drenched by the mist of waves beating against the rocks. I had no idea how much I needed those times, both alone and with my family.

After I was away for a few weeks, and knowing I still had plenty of time left, my head began to clear. I was able to see myself and my ministry in perspective, something that had time and time again proven impossible when I was in the thick of things. Often I had identified the problems, but despite my most sincere and diligent efforts, the obstacles to a fulfilling ministry had persisted. At last they seemed to, if not disappear, shrink to a manageable size. I did three further things that began to revitalize my ministry.

1. I recognized I was a sheep first, a shepherd second.  My biggest mistake was forgetting that my primary calling is to be a sheep in need of guidance, affection, protection, provision, and peaceful rest in the presence of my Creator. I relearned the lesson through prayer and study.

During the time away I read two helpful books, Tim Hansel’s When I Relax I Feel Guilty, and Don Baker and Emery Nester’s Depression, in which Pastor Baker recounts his personal struggles and trauma in the midst of a highly successful ministry.

I also studied Mary and Martha in Luke 10:38-42, and mulled over the implications of their different approach to life and ministry. Martha was first a worker, only secondly a worshiper. This is what I had become—a worker, pure and simple.

As a counselor I had learned a forbidden art—how to keep giving out when my reservoir was dry. Like Martha of Bethany, I excelled at doing rather than being, at labor instead of love. I was a servant but not a saint, a do-er not a pray-er, a giver who had forgotten how to receive. And, ironically, since I had stopped receiving, I had little of quality left to give.

2. I attempted to delegate more.  You’ve probably wondered why I didn’t delegate to get the job done without killing myself. I did some. In fact, I taught a nine-month counseling course to sixty committed and capable laymen in our church. I delegated many counseling situations to these people, and it was a terrific investment in every way. But there was one problem I hadn’t bargained for. Still seeing myself as super-counselor, I delegated to laymen those that were less serious and less complex. This reserved for myself, of course, the really hard cases.

The problem was that these really hard cases (extreme depression, deep sexual problems, major marital crises, etc.) were abundant. And many of them just couldn’t afford to see a Christian psychologist. I was really in a mess. I had managed by delegating to avoid all the mild problems, and now I was filing every hour with the severe ones! I had become a specialist. I was a pastor in psychologist’s clothing, who sometimes wasn’t doing a good job as either. Not only that, but I couldn’t find time to follow up on the lay counselors I had sent people to. I seemed further behind than ever.

I began to miss all those “easy” cases—you know, those dear people who really want to grow in Christ and just need some good biblical input, a time of prayer, a practical assignment and an encouraging pat on the back now and then. These are the people who praise you for working wonders in their lives, when all you’ve done is listened and shared a little Scripture! They were the kind of folks who convinced me I was gifted in counseling in the first place. Now I saw them only on Sundays. I was surprised to find how much I missed their spiritual contribution to my life.

Delegation didn’t really pay off until I got hold of my schedule. I had often tried to change my schedule before, but never with lasting success. Perhaps what made the difference this time was my degree of desperation. I forced myself to start saying no not just sometimes, but most of the time. I realized that just because something would be good to do, it doesn’t mean it’s the best thing to do. In fact, if I wasn’t careful, I could spend the rest of my life doing good things without ever doing the best.

I no longer felt I was saying no, but yes, when I delegated counseling to qualified lay people and professional Christian counselors. And as the fog cleared, I realized I had no right to resent people for their “demands” on my time. After all, my schedule was my responsibility, not theirs. 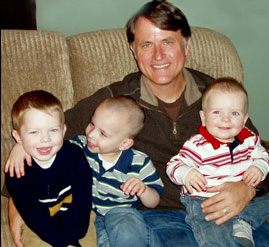 3. I diversified my ministry.  I undertook new ministries that brought me closer to thriving, growing people who not only receive from me, but give to me. I counseled less, and by my request the church provided financial aid to those who needed professional help. (Back when I was super-counselor, I never put funds for this in the counseling budget—after all, wasn’t I paid for this?)

Moving into some other areas of ministry did wonders. My relationship with the other staff members was better than ever. I felt a part of the team once more. And I loved to meet new people again. The phone could still be a problem, but I was getting more calls for spiritual guidance—many were asking advice in working with a friend instead of sending the friend to me. Not every call was a crisis, and that made the real crises much easier to deal with. For the first time in years, I felt like I was a pastor first, a counselor second.

Nothing magically fell together. I still experienced pressure, and occasionally it got the best of me. Still, the change was significant and noticeable. I was studying and teaching more, and finding time for some of the people with the “little problems.” I was also learning to approach life less like Martha and more like Mary. My family saw a tremendous difference; and life at home was more than leftovers. It was a feast again, and I thanked God for it. I felt I could look forward to many more rewarding years of ministry.