Bring Me the Books 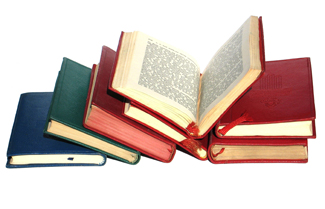 The Old Testament millennial motif was portrayed as “Each man under his own fig tree.” I have often needled my father-in-law that with his confessed minor vice; for him it would be better stated, “Each man in his own donut shop.” We both wholeheartedly concur that as a culinary delight, a donut has a ring of innocent pleasure to it, albeit brief. But that is not all my father-in-law and I have in common. We also speak to each other in wistful terms of the finest used bookstores in the world that we have visited. It gives the nostalgic mood a whole new lump in the throat. I must concede, however, that the most unforgettable story he recounts of his bookstore experiences has all the others I have heard soundly beaten.

He tells of the time he was doing his usual perusing in a sophisticated used bookstore in Toronto, which caters to the academic community, rich in classical tradition. Suddenly, into that silent, reflective setting, strode a rugged and roughshod individual in his greasy overalls, and full-throatedly inquired of the man behind the counter how much it would cost to buy 128 feet of books. Somewhat confounded by this oxymoronic request—for never before had he sold such scholarly works by the foot—the owner betrayed his bewilderment and asked the purchaser what exactly he had in mind. As he eagerly awaited the answer, he was keenly aware that every reader within earshot had paused from his or her reading, ears pinned in hopes of new enlightenment.

The mystery was unraveled as the buyer revealed that he had been hired by a group of trade union leaders, who were to be hosting their educated counterparts in management in an effort to break a deadlock in some highly volatile negotiations. To decorate their offices, and convey the intimidating air of being literary and ideological heavyweights, they had ordered books by the length that would adorn their walls and terrify the opposition.

Solomon reminds us that there is nothing new under the sun, and so I suspect that this was not the first such scenario in history. Somewhere, somehow, it has been lived out before with different details, but identical intentions. After all, jockeying for literary superiority is as old as the printed page. In fact, we have all had occasion to purchase as classics, books that have served ulterior purposes. It is said that a lady once wrote to Dr. A. W. Tozer, the famed mystic, and thanked him for his Christian journal, for it perfectly fit her bird cage. Groucho Marx once responded to a friend turned author, “From the moment I picked your book up until I laid it down, I was convulsed with laughter. Some day I intend to read it.” I suspect there are books like that in our experience, which, while not quite generating hilarity when held in hand, have nevertheless never entered the mind. One critic of Stephen Hawking’s bestselling book, A Brief History of Time, which shattered all records on the best-seller list in the United Kingdom, said that it would be the most bought and least read book in recent memory.

I recall four years ago, when our family was visiting John Bunyan’s home in Bedford, England, being so overwhelmed by the worldwide impact of his book, Pilgrim's Progress. Outside of the Bible, no book in history has been translated into so many languages and enjoyed such voluminous sales. As I left his house, now a museum, I remarked to the woman at the ticket desk how thrilling it was that an ordinary tinker had told the story of salvation in such lucid and imaginative terms—possibly better than anyone else in post-biblical times. Even our little boy, Nathan, then 8 years old, had read Pilgrim’s Progress in the children’s version. She looked up somewhat embarrassed and said, “I suppose it is a great book; I have never read it.” That statement should make Ripley add another anecdote to his limitless publication. And so it is, that even one surrounded wall-to-wall by one of the bestselling books of all time could leave it unread.

I am absolutely convinced that the books one reads possibly help mold one’s life more purposefully and eternally than we ever realize, and that it is the humiliation of the word in our time that has beggared us more than any other factor. May I propose three vital strengths that reading imparts to the life of a person, and the cautions that pertain.

First of all, our Lord Himself reminded us of the superiority of the word, even to that of the miraculous event. We are prone to tenderly set a halo on the forehead of the supernatural, ever exaggerating its value. Yet, of the surviving five brothers after the death of the rich man, our Lord said they had sufficient grounds for accountability, as they already had Moses and the Prophets. Indeed, raising one from the dead would evoke no different a response from he whose will was wantonly wrongheaded. Reading entails accountability, and an informed mind, though not a guarantee for wise living, is nevertheless indispensable to it. Reading becomes even more important as modern communication goes for the sound bite and misses the larger context.

Second, ideas that come through reading give us the privilege of the sovereignty of our own imagination, unlike pictures which enforce sovereignty upon us. It is often said that a picture is worth a thousand words, but it took words to pay such a compliment to the picture, and oft times a word can engender a thousand pictures. The memorable words of Alexander Pope come to mind, as he described the miracle at Cana of Galilee: “The conscious water saw its Master and blushed.” What bliss those words evoke, stirring even the slumbering spirit. And it is still words that link our lives each day as vehicles of our thoughts, our intents, and our promises. In his autobiography, Charles Darwin said that when his life played itself into his scientific hypothesis, he experienced the staggering impoverishment of losing all appreciation for music. The melody, in effect, had left his life, and his scientific theories struck a discordant note in the face of life’s romantic symphony. To that note he sold his being. So it is, I believe, when we lose the power to read; life becomes monotonous and imprisons us in the desolation of our own little sounds.

Finally (and this is more a hazard than a gain), reading merely as a conduit for impressing other people is somewhat akin to a sprinkler in a garden that sends forth distant drops of nourishment, but leaves the immediate terrain hard, dry and unproductive.

I began this article linking the idea of pleasure to the bite of a donut bringing momentary delight. I dare suggest that a good book is as delectable as a slice of infinity, lasting a lifetime. Let me explain. C. S. Lewis in his book, Screwtape Letters, has an incredibly powerful exchange take place between a senior and a junior devil. The junior one is being urged to go and lure an individual suspended between going God’s way or the devil’s way. “Go get him away from the Enemy,” says the senior devil. Sometime later the young imp returns and says, “We lost him, he has gone all the way over to the Enemy’s side.” “How did that happen?” inquires the evil one. “Well,” comes the answer, “he started to take a long walk every morning, just for the pleasure of it, and on these walks, the Enemy became more audible to him. Further, he read a good book, just for the pleasure of it, and the Enemy found him more receptive.” “That’s where you blew it,” comes the response. “If you had only had him walk for the sake of exercise, it would have become dreaded and tedious, devoid of pleasure. If you had only had him reading so he could parrot the contents to someone else, reading would become burdensome and boring rather than pleasurable. We could then have easily snared him.”

The application is obvious. The nearer we are to legitimate pleasure the nearer we get to God’s voice, and one of the greatest pleasures of all is a good book. The apostle Paul wrote to Timothy from prison, “Bring me the books,” for a book could break the mind out beyond the walls and spell freedom. Charles Dickens reminded his children to read well, but above all the books in the world to read the scriptures, for the Bible alone was supreme, the Book of books. To that I add, God Himself must believe in books or he would not have given us one.

Maybe someday, someone may meet up with those union leaders and gently remind them that while many books around us may convey the impression of being well read, only the Bible gives to us the ultimate guidelines of what it means to read well. The heavenly motif may not be out of line, envisioned as each person in his or her own bookstore, especially when graced by the greatest Author of all. What a book signing that will be! It would be great to see our friend in his overalls there. 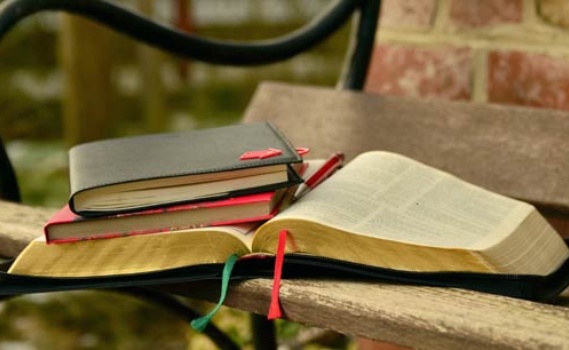 The Problem of Biblical Illiteracy

Biblical illiteracy among Christians is arguably at an all time high, with chilling implications that can hardly be overstated. I know that various things in the church will inevitably change, such as songs and hymns taking on new forms, and that's fine. What isn't fine is for God's people to neglect His Word. 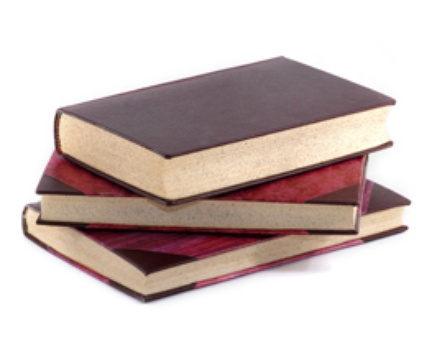 Reading rates are down even as literacy rises. Americans can read; we just don’t. Christians tend to read more than non-Christian counterparts, but a quick glance at the book selection in your local Christian bookstore will deflate your bubble of joy.

How Did You Learn to Love Reading?

I learned to love reading through comic books Archie and Richie, Rich and Marvel (esp. Fantastic Four). But I was a DC fan, my favorites being The Justice League of America (Green Lantern was my hero) and The Legion of Super Heroes (go, Lightning Lad). From there I dove into science fiction and fantasy, spending my nights looking through my telescope, then coming to bed freezing cold and reading science fiction by flashlight under my covers, so Mom wouldn’t see the light on. I vividly remember forty years ago looking through the kids fiction section in the local library ...

The Power of Books and How to Use Them: Thoughts on Reading to Each Other Out Loud

Evidently it was the custom of the pastors of the Northamptonshire Baptist Association in England in the late 1700s to meet periodically for prayer, fasting, and reading to each other. 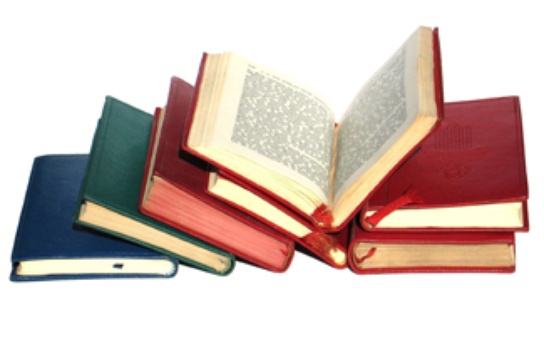 The Ripple Effect Of The Word: More Thoughts On Reading And Writing

I’ve been thinking again about the importance of reading and writing.
Invest in Eternity