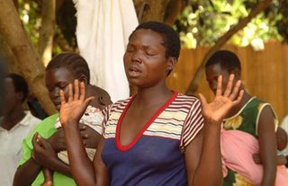 Here’s some information I’ve culled from various missions and relief sources which I believe to be accurate. These offer perspective to we in the western world who are quick to complain, and also serve as effective info to use in communicating world needs.

Missions and World Evangelization Related (from InterDev and World Relief):

At InterDev, we believe that a strategic area of focus is among the unreached Gateway People Groups in the 10/40 Window. Each of these groups are 1 million or more in size and tend to dominate the political life, social life, language, and religious life of the smaller groups around them. There are 132 Gateway People Groups (GPGs) in the 10/40 Window. There is wide agreement among the front-line agencies working in the 10/40 Window that if a nationally led church can be established in each of these GPGs, they will have a much higher success rate of evangelizing the smaller groups around them and giving them a chance to say “Yes” to Jesus Christ. These groups include the Wolof of West Africa, the Kazaks of Central Asia, and the Bengalis of India. Interdev’s vision is to see a Strategic Evangelism Partnership operating in each one of the GPGs in the next 7 years.

China is an area of huge need and strategic value. The Mandarin language is the main language in China. There are, however, 55 minority groups there—15 of which are 1 million or more in size!

By the way, when mission agencies come together to work in partnership, the relief and development agency sitting at the table plays a very key role in opening the doors to a closed people group because they are meeting the people where their needs are. Then Scripture translators, evangelism teams, radio programming, etc. can come in behind that group with the Good News. Therefore, contrary popular opinion, an investment in relief and development work will change the face of eternity as much as an investment in a scripture translation agency or an evangelism agency!