As promised, here are Ann Tatlock’s insights on the Harry Potter series. See my previous blog for Sarah Anne Sumpolec’s observations, so you’ll know what Ann says she’s agreeing with. Ann Tatlock can be found at www.anntatlock.com.

Of course, some will consider my comments in my previous post, and Sarah’s and Ann’s comments, to be inaccurate and unbalanced. But I think if you look closely you’ll see that each of us is trying to be fair to the many Christians who enjoy Harry Potter, but at the same time wanting to address some of the dangers. We’re trying to speak the truth in love. These two sisters do it better than I, so I’d encourage you to consider their insights.

Here’s what Ann has to say:

When it comes to the Harry Potter phenomenon, I'm with Sarah. (See previous blog post.) As someone who studies the culture, especially the effects of New Age mysticism on the culture, I've been praying and thinking a great deal about all of this since #7 hit. I have to say that for many reasons, I can't accept the idea that the HP series is of the Lord. I can't possibly tell you all those reasons in this post. I can give you only a few:

2. In my research, I've come across numerous reports that the Pagan Federation in England has appointed a youth officer to deal with a flood of inquiries following the successes of the HP books.

3. I have also noticed—and I think this is important—that people like Sarah who have been involved in New Age (as psychics, witches, Wiccans, etc. but who are now Christian) are UNAMIMOUSLY speaking out about the spiritual dangers of HP. I have not come across one former New Ager who is for the series.

4. From the top New Age publisher: "The vice president of Minneapolis-based New Age and metaphysical publisher Llewellyn noted in an interview with Publishers Weekly that the surge of interest in Wicca is part of the Harry Potter phenomenon and has created a larger number of readers and practitioners." (Wicca's Charm, by Catherine Edward Sanders)

5. In Australia, Adelaide University says the books and movies have prompted the launch of a 12-week course on witchcraft, covering everything from witches of the 16th century to present-day witch doctors in Africa. The course is open to the public. (ABC World News)

6. J.K. Rowling says she is a Christian but doesn't want to admit it because it will give away the ending to her story. Is a book series more important than proclaiming the name of Christ? Also, as Sarah pointed out, how can we know what Rowling means by Christian? If she is a Christian, shouldn't she be concerned at ANY report that children might be influenced toward the occult because of her books? (How would any Christian novelist feel if we knew this was happening because of our books?)

7. From what I've learned through prayer and Scripture reading these past several years, I'm fully convinced that Satan's greatest weapon today is his ability to make what is evil look good. To the point that even Christians will be deceived.

8. "I was eager to get to Hogwarts first because I like what they learned there and I want to be a witch." Gioia Bishop, age 10. Reported in the San Francisco Chronicle.

9. Keeping the above reasons in mind and considering the fact that millions of children (who are emotionally immature and therefore spiritually immature) have read Harry Potter, do you think it's conceivable that even one child has been led to involvement in witchcraft and the occult because of the Harry Potter series?

"If any of you put a stumbling block before one of these little ones who believe in me, it would be better for you if a great millstone were fastened around your neck and you were drowned in the depth of the sea." (Matt. 18:6)

Either we are for Jesus, or we are against him (Matt. 12:30). A fountain can't give off both pure water and salt water (James 3:12). Either the HP series is bringing people into the kingdom of God (which I have yet to see) or it is a stumbling block to those who might have come.

Of course I know that not every child who reads these books will turn to witchcraft. But it seems obvious to me that some have at least become interested in the occult because of HP. Should we just say, "Oh well, we lost a few along the way, but maybe someone will come to Christ after reading these books. And anyway, think of all the people who have enjoyed them — they're so much fun!"

I plan to continue to seek the mind of God concerning this. He does, after all, have an opinion. If Harry Potter is of him and he chooses to further his kingdom through these books, then I'll rejoice. But right now, I'm still waiting on him. As I've been known to say, "The One who had the first word will also have the last word."

Now, for the question that was raised in a comment on my previous post “Harry Potter: The Debate Among Christians Continues”:

Hi. Well thought out post. I would like to say where is the proof that witchcraft and wizardry are real? Certainly the fantasy of Harry Potter is not real. Or at least I hope you understand that.

I have encountered supposed witches, witchdoctors, wizards, and others who dabble in the supposed occult here in Kenya, but the only powers they posses are illusion and persuasion.

So where is the evidence of actual spells being cast, and working? Where are the people flying around on brooms or whatever?

I asked Ann to respond, and here’s what she wrote:

People like Sarah, who have been there, are living proof that all of this is real. The question isn't "Do the spells work?" but "What happens in the lives of the people who try to cast those spells?" They are dabbling in the occult, opening themselves up to the influence of demons, and their stories testify to the horrors and the dangers of this kind of activity. There's more to all this than just casting spells. There's the channeling of spirits, trying to contact the dead, reading tarot cards or otherwise reading the future through astrology, etc. etc. It all comes under the umbrella of Paganism and New Age mysticism, and the stories of people who have been involved in occult activity but come out of it to receive Christ include the following:

Enticed by the Light by Sharon Beekman

Embraced by the Darkness by Brad Scott

The Light that was Dark by Warren Smith

The Beautiful Side of Evil by Johanna Michaelsen

Avatar of Night by Tal Brooke

Running Against the Wind by Brian Flynn

All of these Christians testify to the very real world of the occult and its effects on the human spirit. Witches really do cast spells, which may or may not work. The real issue is, Why are they casting spells? In what have they put their faith? If they aren't trusting Jesus, their hearts are with the enemy, and they are open to his influence. It isn't fantasy; it's true evil. 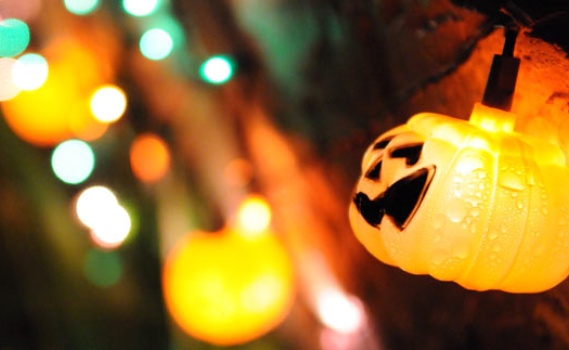 A Perspective on Halloween

article October 12, 2009
For some Halloween is harmless. But there is another side to be aware of, which draws in others. If you participate, I suggest choosing costumes carefully, and having appropriate conversations with your kids when they see the "dark side" depicted. 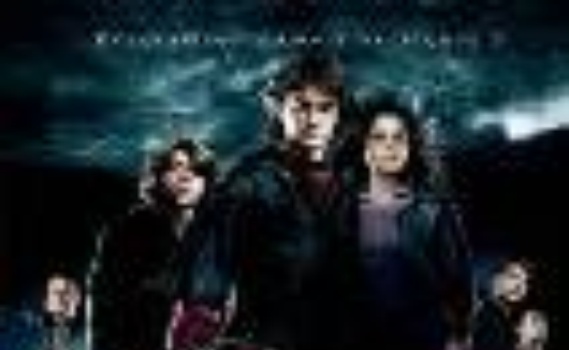 article August 7, 2007
There were some interesting comments and very good questions raised regarding my last week’s blog on Harry Potter. I wish I had time to address these, and hope to do so later. 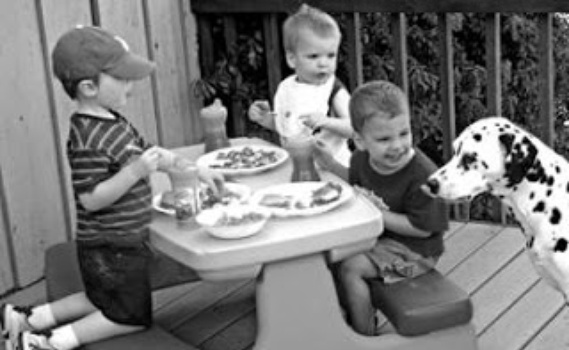 article July 31, 2007
Scholastic’s first US printing of the new Deathly Hallows, released last week, was an unprecedented twelve million copies. Over eight million copies sold in the first 24 hours. A newscaster said the other night that five thousand Harry Potter books are being sold every minute in the United States.
Invest in Eternity