When I'm asked what writers had the most profound influence on me as a young Christian, I always say there were three, and they continue to influence me today: C. S. Lewis, A. W. Tozer and Francis Schaeffer. In past months I’ve written about the subject of desire and longing in Augustine, Pascal and C. S. Lewis. Today I want to share from Tozer.

Tozer’s The Knowledge of the Holy, a fabulous book on the attributes of God, is my favorite nonfiction book of all time. I’ll talk about it another time. The following two quotes comes from another of his classics, The Pursuit of God: 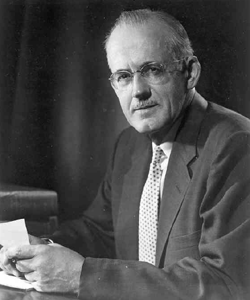 Every one of us has had experiences which we have not been able to explain: a sudden sense of loneliness, or a feeling of wonder or awe in the face of the universal vastness. Or we have had a fleeting visitation of light like an illumination from some other sun, giving us in a quick flash an assurance that we are from another world, that our origins are divine. What we saw there, or felt, or heard, may have been contrary to all that we had been taught in the schools and at wide variance with all our former beliefs and opinions. We were forced to suspend our acquired doubts while, for a moment, the clouds were rolled back and we saw and heard for ourselves.

Explain such things as we will, I think we have not been fair to the facts until we allow at least the possibility that such experiences may arise from the Presence of God in the world and His persistent effort to communicate with mankind. 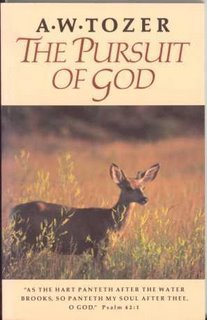 It is my own belief (and here I shall not feel bad if no one follows me) that every good and beautiful thing which man has produced in the world has been the result of his faulty and sin-blocked response to the creative Voice sounding over the earth. The moral philosophers who dreamed their high dreams of virtue, the religious thinkers who speculated about God and immortality, the poets and artists who created out of common stuff pure and lasting beauty: how can we explain them? It is not enough to say simply, “It was genius.” What then is genius? Could it be that a genius is a man haunted by the speaking Voice, laboring and striving like one possessed to achieve ends which he only vaguely understands?

….The Voice of God is a friendly Voice. No one need fear to listen to it unless he has already made up his mind to resist it... Whoever will listen will hear the speaking Heaven. This is definitely not the hour when men take kindly to an exhortation to listen, for listening is not today a part of popular religion. We are at the opposite end of the pole. Religion has accepted the monstrous heresy that noise, size, activity and bluster make a man dear to God. But we may take heart.

To a people caught in the tempest of the last great conflict God says, “Be still, and know that I am God,” and still He says it, as if He means to tell us that our strength and safety lie not in noise but in silence.

I hope you'll join me today in turning off the constant noise that presses upon us. Let's enter the silence to the extent that we can, and carve out time to listen to God's Voice, in His Word first, but also in His creation. May we look for Him in our family and friends and neighbors and co-workers, who are created in His image.

Let's be still and know that He is God. What could be better than that? 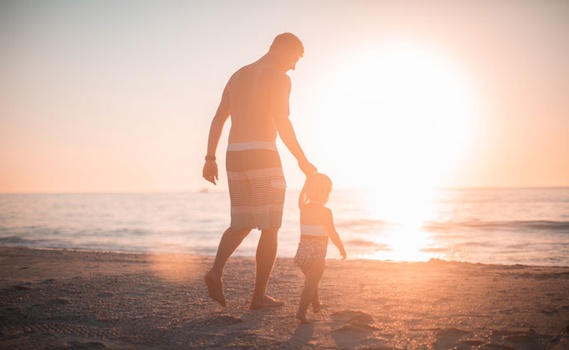 How Pleased Will God Be to Have Us with Him in Heaven?

As I’ve often said, A. W. Tozer is one of my favorite all-time authors. I love what he says here, and what I also love is that elsewhere He affirms God’s holiness, justice and wrath in uncompromising ways, then gives us this beautiful depiction of God’s love for His children, and His delight in us 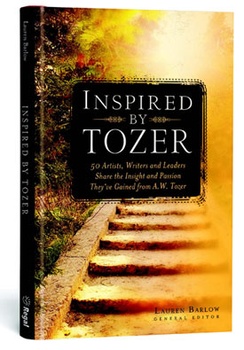 A.W. Tozer has had a great impact on my life. When I was asked to contribute to this book, Inspired by Tozer, I gladly agreed to do so. You may want to take a look at it. 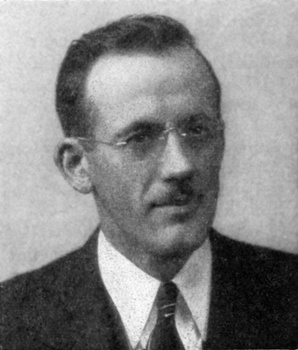 A.W. Tozer (1897–1963) has been one of the great influences on my life since I was a new believer, as a teenager. I fed on Tozer as a young Christian, and still today God speaks to me through his writing. 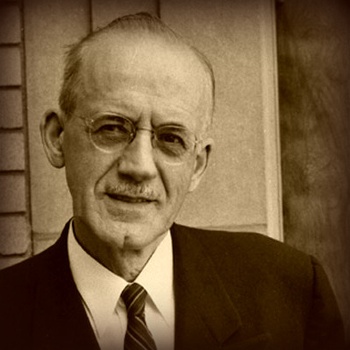 A. W. Tozer on Failure and Success: The Small and the Great

A.W. Tozer was one of the writers (along with C.S. Lewis and Francis Schaeffer) who had the most profound impact on me as a young Christian, and he continues to do so.
Invest in Eternity