Nanci, My Best Friend for 40 Years 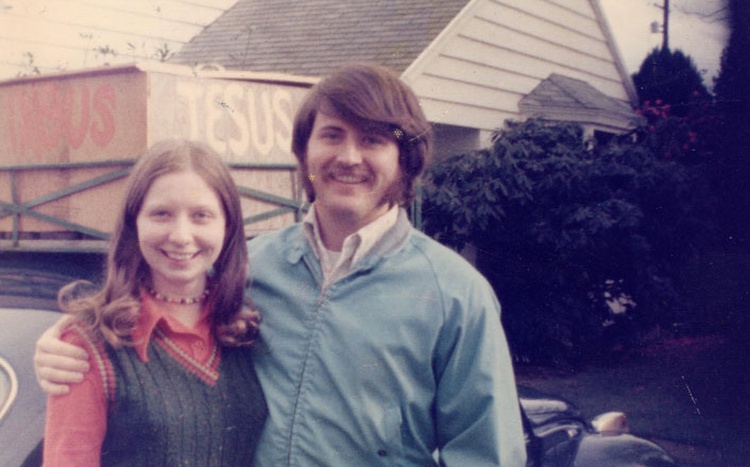 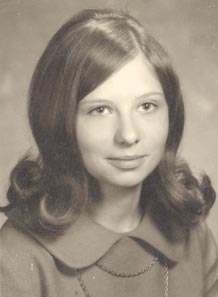 December 7, this Sunday, is the 40th anniversary of the day Nanci and I met. We were freshmen in high school. It was a double date in which we went to see two new movies at Portland's Village Theatre on 122nd: the original The Odd Couple, with Walter Matthau and Jack Lemmon, and The Americanization of Emily with Julie Andrews.

Forty years. Wow. I love Nanci more today than ever. She is a treasure. Fun, upbeat, delightful. You name it.

Nanci and I had a wonderful day celebrating her birthday last Sunday November 30. She loves football, so after watching an NFL game, we went out for dinner to The Old Spaghetti Factory.

The Old Spaghetti Factory, the original in downtown Portland, the mother of Spaghetti Factories everywhere, opened one month after we met. It was our favorite place to go in 1969 and the early seventies. (Anybody remember the silent movies they showed you while you were waiting in the always crowded original Old Spaghetti Factory? How about the chunks of fruit in the spumoni ice cream? That was the only thing I didn't like!)

In 1969, at TOSF, I discovered their spaghetti with Mizithra, and I've never ordered anything else there in the forty years since. I don't seek alternatives to perfection, either with Mizithra or with Nanci.

(I haven't read a TOSF menu in years, since there's no point when you know what you want, but I can tell you what it used to say of Mizithra: "Legend has it that Homer lived on this while writing The Illiad." I can't think of many better things to live on while writing a book. Maybe I'll try it someday.)

Next, Nanci and I drove to The Academy Theatre on 78th and Stark. It opened in 1946 (the website says 1948, but congratulatory Western Union telegrams on the wall, from Bob Hope and Bing Crosby, say 1946). Then it closed in the 1970s and was completely renovated a few years ago. It's a charming place, located halfway between Nanci's childhood home and Multnomah Bible College where we went. It's right next to Flyin' Pie Pizza, which they serve on the theatre menu too, and people are welcome to have a full meal in their reclining stadium seats. 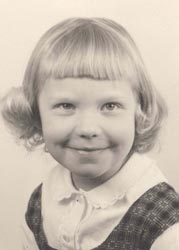 Then Nanci and I drove to the house she grew up in, in Southeast Portland, about 69th and Division, by Mount Tabor, in Franklin High School District. Nanci hadn't been back there in years. It was a whole day of nostalgia.

Nanci in gradeschool. Wasn't she adorable? Still is.

Okay, below I'm going to just throw in some random pics of Nanci, from my laptop computer, which is all I have with me now. So scroll down and you'll see some fun pics with brief comments. Apologies to grandsons Ty and Jack since I don't have photos of them with their grandmother on this computer. I'm winging it.

Here we are ten days ago in Florida, with Webers and Tebows. Like I said, Nanci loves football. We couldn't turn down the invitation, and became Gator fans and fast friends. Go Gators. 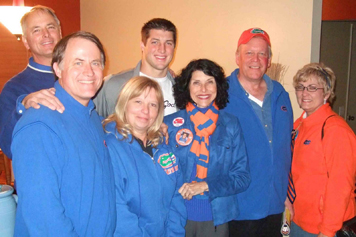 Nanci with our precious friend Joni Eareckson Tada last month when I was speaking at a Joni and Friends conference in southern California. 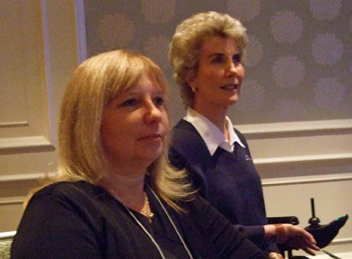 Nanci getting laughs from famous people. Notice that she is focused on the dog rather than them, and they're getting a kick out of her. 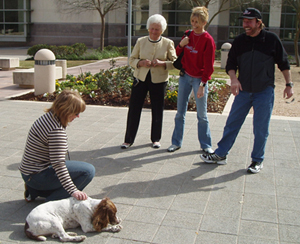 Nanci watching a playoff game between Seahawks and Packers, her two favorite teams. Picture taken at moment of action. Take a close look at Nanci's face and you can see she's into it. Dan Franklin is pumping his fist at far left, then Dan Stump, and our daughters Angela and Karina. This was pre-grandchildren, so would have been five or six years ago. 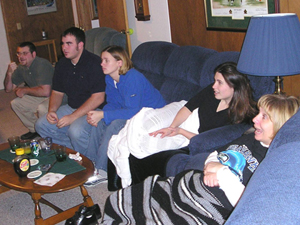 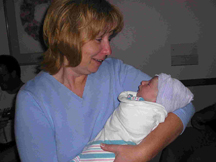 With Matthew and Jake at OMSI a few years ago. 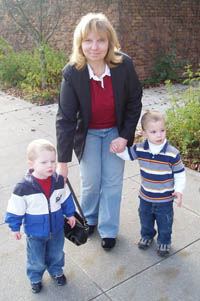 With two of her favorite people, grandson Matt and dog Moses. 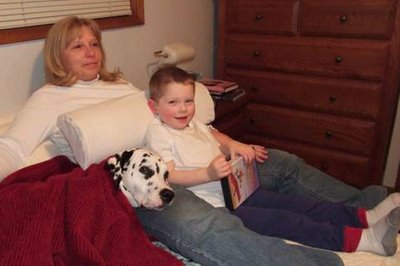 With our dear friend Diane Meyer's dog. Nanci's a dog person. Which means half my birthday gifts to her were dog-related. 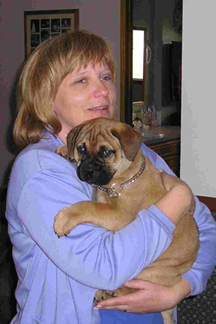 So, bottom line, I have a Jesus-loving, family-loving, football-loving, movie-loving, dog-loving wife, who also has loved me for forty years this weekend, despite the fact that I can be an idiot, and periodically make a point of proving it.

Who could ask for any more in a wife?

I love you Nano, and I thank God for you.

Always have, always will. 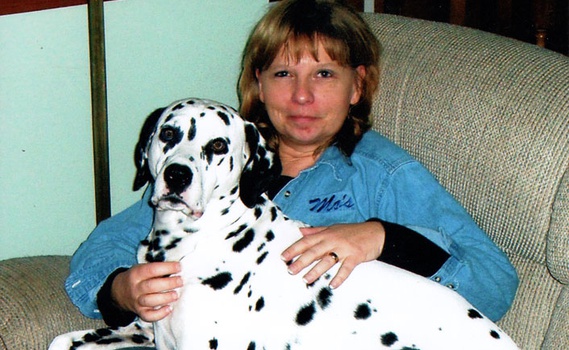 article May 23, 2022
It’s true that I haven’t lost Nanci because I know where she is. I’m not concerned about her safety or well-being because she is safely home, and better off than she ever was in this world under the Curse. But I miss her so much.

article May 16, 2022
Yesterday was Nanci’s memorial service. Thank you so much to everyone who has prayed for our family and for the service itself. I believe our time was honoring to Nanci, and above all, honoring to her beloved Jesus. 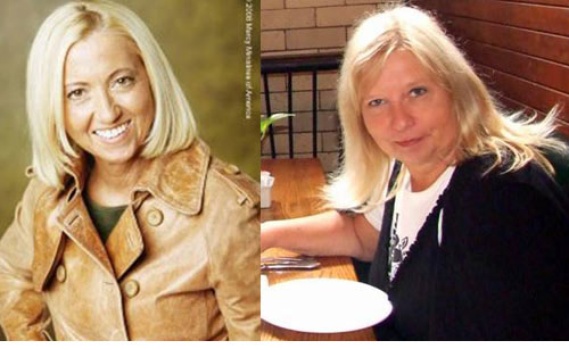 A Tale of Four Alcorns

article October 5, 2011
Someone I’d never met came up to me after I spoke at a conference. “I’ve got a problem with you,” he said, face sour. “Take a number,” I said.
Invest in Eternity