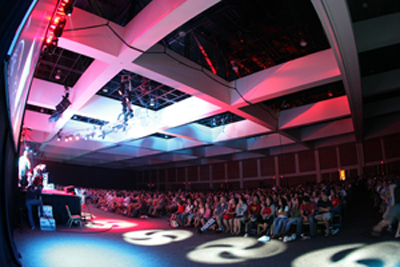 Two weeks ago this moment, Nanci and I were flying home after the Resolved Conference in Palm Springs. Coming back to a green Oregon summer was nice after it hit 115 degrees in Palm Springs.

It was fun talking with many of the 3300 people there, mostly students. They ranged from teenagers to early, mid and late twenties. Numbers of older folk (like me; I turned 54 last week) enjoyed the conference too. Even though I spoke Saturday and Sunday mornings, Nanci and I stayed through the end on Monday night and came home Tuesday. 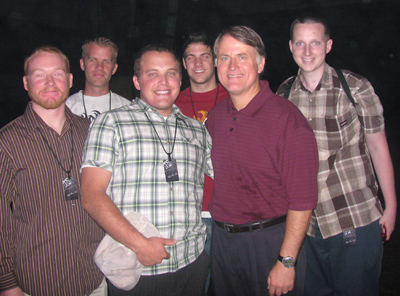 I had some great meetings with students, including several groups from the Master's college and seminary. (Our daughters attended the Master's College and loved it, and we loved it too.) The speakers had meals together, and it was fun discussing theology with John Piper, John MacArthur, Steve Lawson, and Rick Holland.

Two of the messages at the conference dealt with Jesus saying “My God, My God, why have you forsaken me?” Two speakers called this “The cry (or scream) of the Damned.” Christ was utterly innocent, yet because He took our sins on Himself, he became damned on our behalf. Not damned forever, but damned on the cross so he experienced Hell on our behalf.

Thinking about “The scream of the Damned…for us” has touched me at a profound level. On my way home, in the Palm Springs airport, I opened to Mark 15 and wept. I then did something I have done only twice before, once on the day my 85-year-old father, in a hospital bed, repented of his sin and surrendered to Christ. The other time when my best friend from childhood died next to me as I was reading to him Revelation 21-22, leaving this world precisely when I was reading 22:17: “The Spirit and the bride say ‘Come!’ And let him who hears say ‘Come!’ Whoever is thirsty, let him come; and whoever wishes let him take the free gift of the water of life.”

What I did on those occasions was write a date in my Bible: February 9, 1992 at my Father’s conversion, and October 8, 1992 at my friend Jerry’s home-going between “Come!” and “take the free gift of the water of life.” The date is still there beside the verse I was reading when he died. 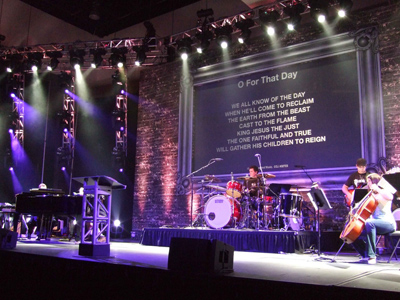 Without thinking about this, at the airport I wrote next to Mark 15:34, “June 16, 2008.” Then something else happened. I wrote after the date, “The scream of the…” And I suddenly stopped, overwhelmed, breathless, pen frozen in hand. Why? Because I suddenly realized I needed to capitalize the word “Damned.” It was physically hard for me to do it. It seemed almost blasphemous…and so it should.

I’ve talked with several people who have pushed back on this concept of Christ being damned on our behalf. But Scripture clearly tells us “God made him who had no sin to be sin for us, so that in him we might become the righteousness of God” (2 Corinthians 5:21). To become sin for us is to become subject on our behalf to the judgment for sin: “the wages of sin is death” (Romans 6:23). Doesn’t that mean that He was, for that time on the cross, subject to the damnation our sins deserve? Doesn’t it mean that the weight of God’s judgment that was due us fell upon Him instead? Isn’t saying otherwise denying something central to the atoning work of Christ on our behalf? 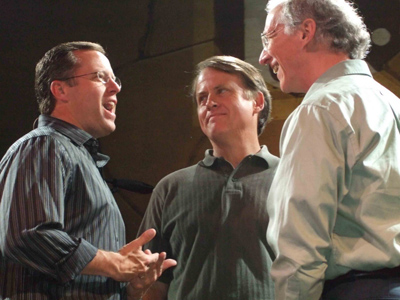 “In this is love, not that we loved God, but that He loved us and sent His Son to be the propitiation for our sins” (1 John 4:10). For Christ to be the propitiation for our sins means that He became the sacrifice upon which God’s wrath against sin was brought. Some object to this because they claim if the Father brought our punishment on Jesus it sounds like divine child abuse. But it isn’t, because Jesus, God’s Son, is not a helpless child but eternally God, and He fully consented to this plan of propitiation which entailed taking on the punishment for sin due us.

The unrighteous damned have no right to ask God why He has forsaken them (the reasons are self-evident to all who understand His holiness and our sin), but God’s Son the Beloved One had the right to ask, even knowing the answer and having participated in eternity past in the damning decision. He is the Lamb damned before the foundation of the world. So while the (lower case) damned will scream forever, ultimately there is only one Scream of the (upper case) Damned. Unthinkable. Inconceivable. And yet it happened…for us. 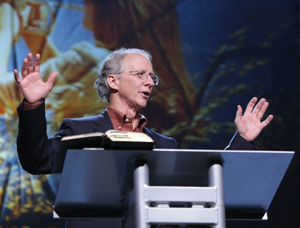 A flood of tears came as God preached the message to me yet again. That Deity would be Damned. That the God who is called upon righteously by the saints and angels in Heaven to damn people, and called upon habitually by unbelievers flippantly and unrighteously to damn people, would in fact damn His Son, would (from the Son’s willingness to drink the cup) damn himself…for us. That it could be said of the Beloved One, “God damned Him,” and that He screamed the scream of the Damned….it was too much for me. It is too much for me this moment. And in the ages to come it will continue to be too much for me. 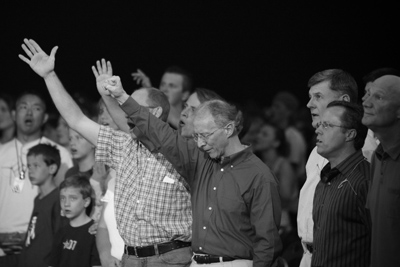 The cup of His suffering has long seemed deep to me, but never deeper than Monday night and the two days since.

“For God caused Christ, who himself knew nothing of sin, actually to be sin for our sakes, so that in Christ we might be made good with the goodness of God” (2 Corinthians 5:21, J. B. Phillips).

Grateful to be eternally undamned by the temporarily Damned,