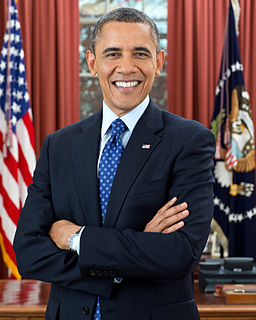 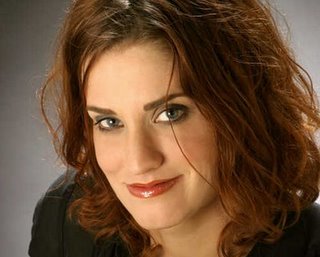 Nanci and I just returned from the Resolved Conference in Palm Springs (where highs ranged between 110 and 115 degrees). I want to share some reflections and pictures from this remarkable conference with 3300 young people. But it will take me a little while to get to it.

Meanwhile, I'd already started on the following, which I'll share with you now. Besides, it's been a while since I said something politically controversial, so now maybe the Comments will heat up.

Years ago in Washington, DC, I met a woman named Gianna Jessen, then a teenager. She sang at an event I was speaking at, and we had a delightful conversation. She is musically gifted and I found her a wonderful testimony to God’s grace.

No one could spend two minutes with this woman without being convinced it would be a tragedy for her to have been killed, as she nearly was in an attempted abortion. Gianna is an abortion survivor.

Gianna's website (www.giannajessen.com) includes her biography as well as a sample of her music and information about Gianna by Jessica Shaver, the book that tells the incredible story of her survival.

Gianna Jessen does not quit. Giving up is not an option to her. Gianna has what
she refers to as the "gift" of Cerebral Palsy. She weighed a mere 2 lbs at birth
and the doctors said she would never be able to hold up her head, sit up, crawl
or walk. She began to walk by the age of three years old with the help of leg
braces and a walker.

Gianna doesn’t believe that her Cerebral Palsy takes away her life, but, rather, enriches it. . . she walks with a slight limp today and runs marathons.

Gianna understands the plight of orphans, being one herself. She was placed into the foster care system early on in life, eventually being taken into the loving home of a woman named Penny. Penny has been a mother to 56 foster children in her life. Gianna was later adopted by Penny's daughter, making Penny Gianna's grandmother. According to Gianna, Penny saved her life.

Gianna is a Christian. Her life was given to her by the grace of God. She shouldn't be walking, but more miraculous still; she should not even be alive. Gianna's biological mother was 17 when she had a saline abortion in her third trimester. Many Americans don’t realize it is legal to have an abortion throughout all nine months of pregnancy. After being burned alive for approximately 18 hours in the womb from the saline solution, Gianna was delivered alive in a Los Angeles County abortion clinic. Her medical records state, "born during saline abortion"...this is what caused her Cerebral Palsy.

Because I've met Gianna, I was especially interested in a recent Wall Street Journal interview with her, which focused on Gianna's thoughts about the upcoming presidential election. Here it is:

The Audacity of Death

Miss Jessen is an exquisite example of what antiabortion advocates call a "survivor." Well into her third trimester of pregnancy, Gianna's biological mother was injected with a saline solution intended to induce a chemical abortion at a Los Angeles County abortion center. Eighteen hours later, and precious minutes before the abortionist's arrival, Gianna emerged. Premature and with severe injuries that resulted in cerebral palsy. But alive.

Had the abortionist been present at her birth, Gianna would have been killed, perhaps by suffocation. As it was, a startled nurse called an ambulance, and Gianna was rushed to a nearby hospital, where, weighing just two pounds, she was placed in an incubator, then, months later, in foster care.

Gianna survived then, and thrives now, because, as she told me recently with a laugh, "I guess I don't die easy." Which is what the abortionist might have thought as he signed his victim's birth certificate. Gianna's medical records state that she was "born during saline abortion."

As an Illinois state senator, Barack Obama twice opposed legislation to define as "persons" babies who survive late-term abortions. Babies like Gianna. Mr. Obama said in a speech on the Illinois Senate floor that he could not accept that babies wholly emerged from their mother's wombs are "persons," and thus deserving of equal protection under the Constitution's 14th Amendment.

A federal version on the same legislation passed the Senate unanimously and with the support of all but 15 members of the House. Gianna was present when President Bush signed the Born Alive Infants Protection Act in 2002.

When I asked Gianna to reflect on Mr. Obama's candidacy, she paused, then said, "I really hope the American people will have their eyes wide open and choose to be discerning. . . . He is extreme, extreme, extreme."

"Extreme" may not be the impression the hundreds of thousands of Americans who have bought Mr. Obama's autobiography have been left with. In "The Audacity of Hope," Mr. Obama's presidential manifesto, he calls abortion "undeniably difficult," "a very difficult issue," "never a good thing" and "a wrenching moral issue."

He laments his party's "litmus test" for "orthodoxy" on abortion and other issues, and even admits, "I do not presume to know the answer to that question." That question being the moral status of the fetus, who he nonetheless concedes has "moral weight."

Those statements are seriously made but, alas, cannot be taken at all seriously. Mr. Obama has compiled a 100% lifetime "pro-choice" voting record, including votes against any and all restrictions on late-term abortions and parental involvement in teenagers' abortions.

To Mr. Obama, abortion, or "reproductive justice," is "one of the most fundamental rights we possess." And he promises, "the first thing I'd do as president is sign the Freedom of Choice Act," which would overturn hundreds of federal and state laws limiting abortion, including the federal ban on partial-birth abortion and bans on public funding of abortion.

Then there's Mr. Obama's aforementioned opposition to laws that protect babies born-alive during botched abortions. If partial-birth abortion is, as Democratic icon Daniel Patrick Moynihan labeled it, "too close to infanticide," then what is killing fully-birthed babies? (Read the entire article.)

Please join me in praying for the unborn and for this upcoming election, that the American people will, as Gianna says, "have their eyes wide open and choose to be discerning."

Not Cool: Obama's Pro-abortion Stance, and Christians Enabling Him

article October 16, 2008
I knew from the first time I heard him speak that Obama was cool. And if the candidate I supported, for reasons of substance, also happened to be cool, that would be a nice plus. Then the sad day came. I checked out Obama's actual position on abortion and I was demoralized.
Invest in Eternity