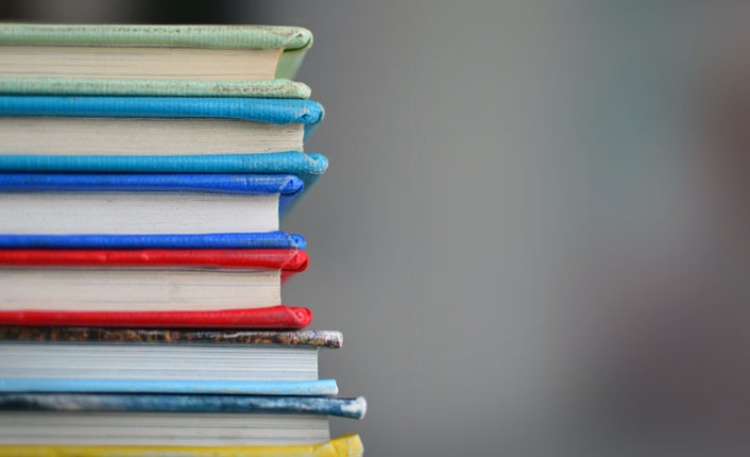 Okay, since I'm a big Narnia fan, and the Prince Caspian movie is now opening, I'm going to plug it, even though this is a blog about books. I've heard from credible sources (including our friend Doug Gresham, the co-producer and step-son of C. S. Lewis) that Caspian is a fun movie, true to the spirit and content of the book (though to work on the big screen there had to be additions and subtractions, of course).

Before getting to Narnia and some of my other favorite fiction, let me go back in time, to my childhood.

I grew up in a nonchristian home. I learned to love reading through comic books: Archie and the Marvel comics among them, especially the Fantastic Four. But mainly I was a DC fan, my favorites being The Justice League of America (Green Lantern was my hero) and The Legion of Super Heroes (go, Lightning Lad). From there I dove into science fiction and fantasy, spending my nights looking through my telescope, then coming to bed freezing and reading science fiction by flashlight under my covers, so Mom wouldn't see the light on.

Much as I would have enjoyed video games and computers as a boy, I'm profoundly grateful they didn't exist then. If they would have, I'm afraid I wouldn't have come to love reading as I did. (Which creates a real challenge for today's Christian parents, doesn't it? How do you cultivate a love for reading in children, especially your boys, when there is so much in our culture working against it? And especially when we remember that those who are not readers will not be readers of God's Word.)

I vividly remember forty years ago looking through the kids fiction section in the old Gresham library, and discovering a book I checked out numbers of times over the next years: Stadium Beyond the Stars, by Milton Lesser. It centered on a journey to the interplanetary Olympics. 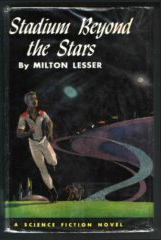 Not a great book by literary standards, but a wonderful book to me to this day, not simply the book but how the book fed my longing for something greater, for adventure beyond my world. As C. S. Lewis said of George MacDonald's Phantastes, "it baptized my imagination."

It was a great joy to hunt down Stadium Beyond the Stars online a few years ago, to order and reread it and be taken back in time forty years and forward in time a few hundred years. When I see it on my shelf my heart is moved.

I think of how God had his hand on my life long before I was in high school, when I read for the first time a book that really captivated me...the Bible. That Book came alive to me when I met the Author, who soon became my best friend. Can't wait for all the adventures He has awaiting us, His children, in the new universe.

Okay, here are some of my Favorite Novels (with apologies to Tolstoy, Dostoevsky, Dickens, Hemingway, and Steinbeck, who didn't make the cut).

And here's a disclaimer—there are a lot of contemporary Christian fiction authors whose books I've read and loved. But because many of these have become my friends over the years, I just can't get started, or I couldn't stop. I will mention some of them periodically in my blog, but not on this list. (Okay, one example: The Atonement Child, by Francine Rivers; a powerful novel.)

Instead, here are books mainly that I read many years ago, and a number of them I've reread, with delight. As Lewis said, any book not worth rereading is not worth reading the first time. (Walter Wangarin's books are more recent, but since he's not a personal friend I'll keep him on the list; besides yesterday in the car I was listening to an old cassette of him reading his book Paul, A Novel, on the list, and I was captivated by his mastery of the language.)

I think it's likely I've not yet read my favorite novel. Not just because it's out there and I haven't yet discovered it, but because it may not be written until after the resurrection, when we're on the New Earth. Think of the book discussions we'll likely have there!

Your favorite novels or shorter fiction or fiction writers? Share them in the Comments. I look forward to hearing from you.

Photo by Kimberly Farmer on Unsplash 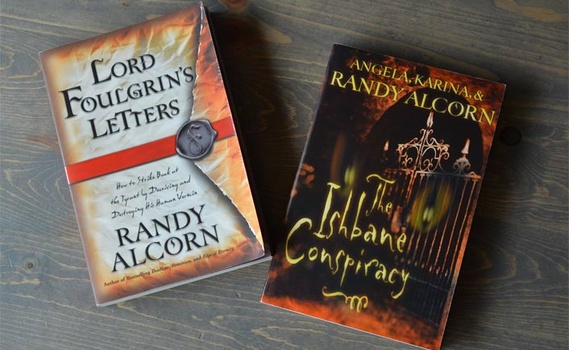 My Novels Lord Foulgrin’s Letters and The Ishbane Conspiracy: Putting a Wiretap in Hell’s War Room

article March 8, 2019
The premise behind my novel Lord Foulgrin’s Letters is simple: Given demons’ insights into reality and their plot to deceive and destroy us—this is one conspiracy theory that’s right on target—wouldn’t it be a major coup for us to place a wiretap in hell’s war room? 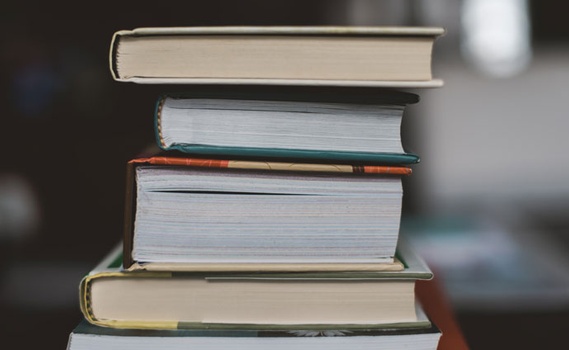 article May 8, 2008
Books and bookstores have had an enormous influence on my own life. I came to Christ as a teenager, at Powell Valley Covenant Church in Gresham, less than a mile from where I live now. My first youth pastor, Paul Siwick, did me a huge favor—he gave me a key to his office, so I could go in any time and read his books, hundreds of them. I read everything I could get my hands on.
Invest in Eternity