A Perspective on Halloween 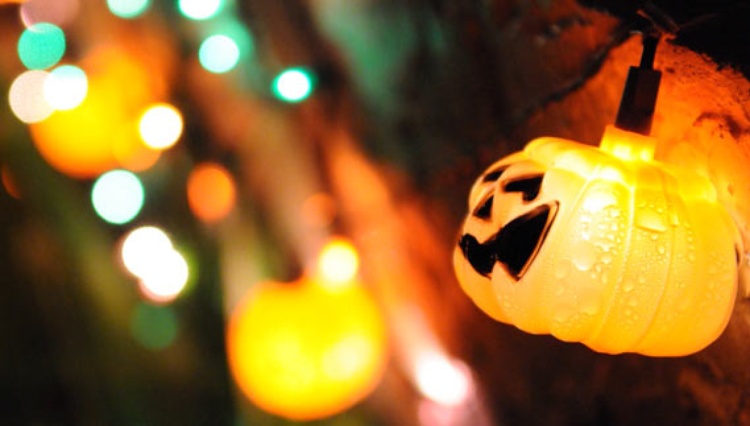 The following letter, written from the perspective of the demon Ishbane, is from my novel The Ishbane Conspiracy, which I wrote with my daughters, Karina and Angela. In the book's context, one of the characters, Ian, is dabbling in the occult.

Yes, I am well aware this is a controversial issue. In my opinion, it is often either overstated or understated. And yes, on Halloween we do give out candy generously, and we enjoy the kids' costumes. For some Halloween is harmless. But there is another side to be aware of, which draws in others. If you participate, I suggest choosing costumes carefully, and having appropriate conversations with your kids when they see the "dark side" depicted. I hope the following will be thought provoking, especially for parents of young children.

I’m pleased our favorite holiday’s coming up in a few weeks. Halloween! It’s official, Foulgrin—these vermin now spend more money on this holiday than any other except Christmas. For Ian and Daniel it served as a doorway to the occult. Dressing up as little devils. Bloodsucking vampires. The walking dead. Looking and acting as evil as possible. It may be cute to their parents, but in some cases, it’s just the foothold we need. Whether we’re celebrated or mythologized makes no difference...either way furthers our purposes. And since Halloween’s all about children and their impressionable minds, it couldn’t be more strategic.

I was a key figure in the early celebration of Samhain, from which their modern Halloween developed. Pagans believed the spirits couldn’t rest peacefully until given food and drink. This was a payment to the god who ruled the spirit world. Spirits were thought to roam the vicinities of their earthly lives seeking such treasures. On Samhain, the veil between the living and the dead was drawn back. On that night these wandering souls, in search of needed treasures, could visit and harass the living. Spirits would go to houses seeking the goods (“treats”) needed to find final rest. If a spirit wasn’t given a treat, it would “trick” or haunt the residents who refused to appease it. Pagans believed these harassing spirits could be deterred by carving fearful faces into pumpkins or squashes.

Of course, most of the vermin don’t understand this occult origin. And just enough innocence and fun have been infused to make it seem harmless. (And unfortunately to many it doesn't do the harm we wish it did.) But for many Halloween either glo­rifies death or makes light of it. The Enemy neither glorifies death nor makes light of it. Halloween eclipses His portrayal of death and the afterlife.

We’ve mutated this holiday into an effective introduction to the dark side. Razor blades hidden in apples or poison hidden in candy pale in comparison to what we’ve hidden, for many, inside the holiday itself. 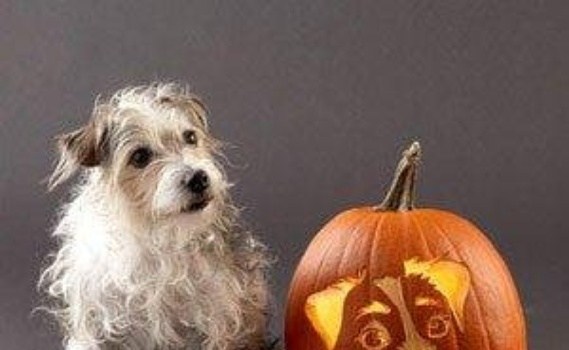 article October 29, 2010
I’m not a big fan of Halloween, but God created dogs and pumpkins and artistic people, so… I’m Randy Alcorn, and I approve these pictures. 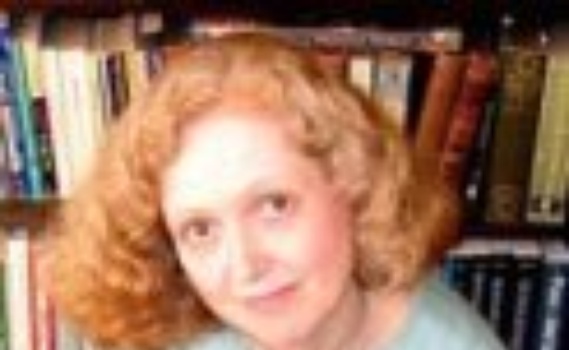