I Wish I Could Be a Brother Like That 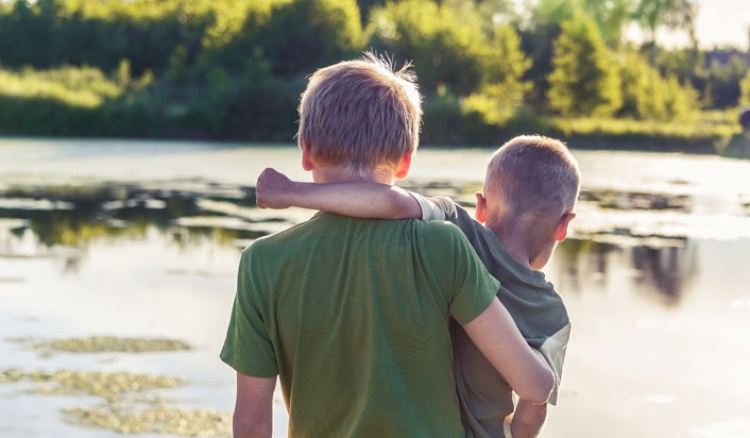 This story was sent by my friend Doug Nichols, founder and director of Action International. It is a powerful reminder that the first and second greatest commands are inseparable: "Love the Lord your God with all your heart...love your neighbor as yourself."

Years ago in the Philippines, I heard a story of a man who parked his car in his office complex in downtown Manila. There was a street boy nearby and to pick up some money, the boy asked if he could watch (guard) the man’s car while he was in the office.

Several hours later, when the man came back to get his nice Mercedes, he paid the boy some loose change and, as he was getting in his car, the little street boy said, “Mister, you sure have a nice car.” The man was quite surprised that this boy had even spoken to him and said, “Well, thank you.” Then the little boy said, “Where did you get your car? Did somebody give it to you?” The man replied, “Well yes, somebody did give it to me. My brother gave it to me.”As he continued to get in the car, he expected the boy to say something like, “Oh, I wish I had a brother who would give me a nice car.” Instead, he heard the little boy say, “Your brother gave it to you? I wish I could be a brother like that.

The man was so amazed at the statement of the little boy, he asked, “Have you ever been in a nice car like this?” The little boy said, “No.” The man replied, “Well, get in. Let me give you a ride.” The boy jumped up in the front seat and as they drove down the road, the man had to roll down the windows because the little boy was so smelly.

The little boy ran down a filthy alleyway and a few minutes later came back with his little brother on his back, as he was crippled! The man said, “So this is your little brother; what’s wrong with him?” as they put him up in the front seat. The little boy said, “He had an accident. He’s crippled and can’t walk.”

As they drove and talked, the man found out that the brother had a crippling accident and because his family was so poor, they could not get him the medical care he needed.

The businessman said, “Well, my brother is a doctor. Why don’t we go see him and find out what he can do for your little brother.” After the examination they found that after a simple operation, the boy would be able to walk again. The operation was performed and the little boy who could not walk, but had a brother who loved him, was able to walk again.

Why did all this happen? Simply because of the unselfishness of someone caring for someone else, rather than for himself. So, might we have the words on our lips, “I wish I could be a brother (or mother, father, sister, fellow worker) like that.”

In the words of the missionary, the Apostle Paul, “…regard one another as more important than yourselves; do not merely look out for your own personal interests, but also for the interests of others” (Philippians 2:3-4, nasb).

Yes, “I wish I could be a brother like that.”

Photo by Vitolda Klein on Unsplash