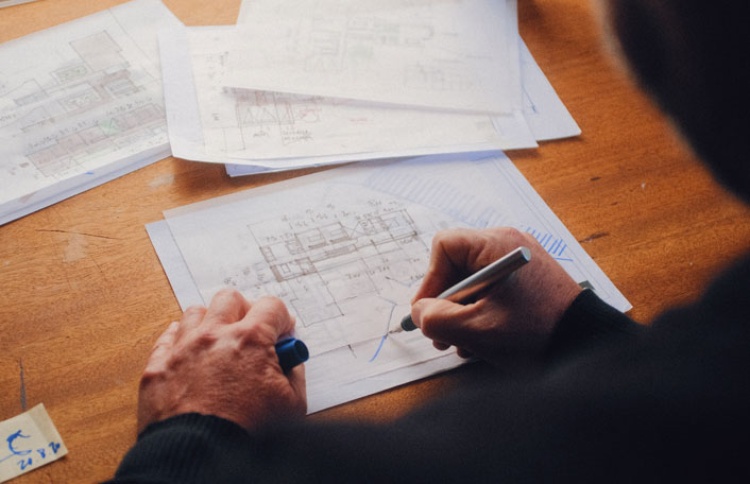 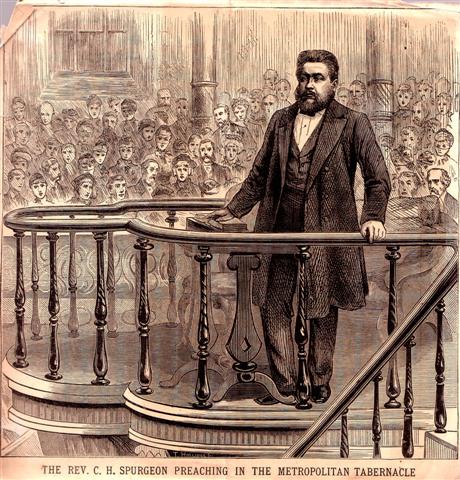 Charles Spurgeon preached to something like ten million people in his lifetime, sometimes speaking ten times a week at various locations. His sermons were transcribed as he spoke. In those days of telegraph, his messages became available across the Atlantic, in America, within days, and around the world within a week. Besides his amazing quantity of sermons, he wrote an autobiography, the massive The Treasury of David, 3 Volumes  on the psalms, books on prayer, the classic devotional Morning and Evening, and produced a magazine, The Sword and the Trowel. Some argue that no author in history has more material in print than Charles Haddon Spurgeon.

Today, nearly 120 years after his death, countless people have a passion for the works of this London preacher. He was born a year before Samuel Clemens, and died a year before Henry Ford completed the first automobile.

One of my great joys is reading the sermons of Charles Spurgeon, which to me are unparalleled in their depth and eloquence in exalting our God. I have read them in their print volumes and online, but my friends at Logos Software have done a great service by offering the entire 63 volume collection of Spurgeon’s sermons. You can search all of Spurgeon’s sermons by key words, copy and paste, and enjoy these timeless messages.

I want to share just a small segment of Spurgeon, one that I “happened upon” recently, that captures what I love about his eternal perspective.

On Sunday May 29, 1864, in Cleveland, as the Civil War still raged, delegates began arriving at a convention which would nominate Abraham Lincoln for election to his second term as president. Across the ocean in England, at the Metropolitan Tabernacle in Newington, near London, Charles Haddon Spurgeon delivered a message entitled “Laus Deo,” a Latin term meaning “praise be to God.” His text was Romans 11:36, “For of him, and through him, and to him, are all things: to whom be glory forever. Amen.”

This is part of his introduction (Spurgeon’s sermon introductions alone are a goldmine). I’ve taken the liberty of adding paragraph breaks, otherwise this is exactly what was printed the week the message was preached in 1864. Read and reread it, and consider these great truths (had I read this before writing If God is Good, I would certainly have quoted from it):

Meditate, dear friends, upon the whole range of God’s works in creation and providence. There was a period when God dwelt alone and creatures were not. In that time before all time, when there was no day but “The Ancient of Days,” when matter and created mind were alike unborn, and even space was not, God, the great I Am, was as perfect, glorious, and blessed as he is now. There was no sun, and yet Jehovah dwelt in light ineffable; there was no earth, and yet his throne stood fast and firm; there were no heavens, and yet his glory was unbounded. God inhabited eternity in the infinite majesty and happiness of his self-contained greatness.

If the Lord, thus abiding in awful solitude, should choose to create anything, the first thought and idea must come of him, for there was no other to think or suggest. All things must be of him in design. With whom can he take counsel? Who shall instruct him? There existed not another to come into the council-chamber, even if such an assistance could be supposable with the Most High.

In the beginning of his way before his works of old, eternal wisdom brought forth from its own mind the perfect plan of future creations, and every line and mark therein must clearly have been of the Lord alone. He ordained the pathway of every planet, and the abode of every fixed star. He poured forth the sweet influences of the Pleiades, and girt Orion with his bands. He appointed the bounds of the sea, and settled the course of the winds.

As to the earth, the Lord alone planned its foundations, and stretched his line upon it. He formed in his own mind the mould of all his creatures and found for them a dwelling and a service. He appointed the degree of strength with which he would endow each creature, settled its months of life, its hour of death, its coming and its going. Divine wisdom mapped this earth, its flowing rivers and foaming seas, the towering mountains, and the laughing valleys.

The divine Architect fixed the gates of the morning and the doors of the shadow of death. Nothing could have been suggested by any other, for there was no other to suggest. It was in his power to have made a universe very different from this, if he had so pleased; and that he has made it what it is, must have been merely because in his wisdom and prudence he saw fit to do so.

There cannot be any reason why he should not have created a world from which sin should have been for ever excluded; and that he suffered sin to enter into his creation must again be ascribed to his own infinite sovereignty. Had he not well known that he would be master over sin, and out of evil evolve the noblest display of his own glory, he had not permitted it to enter into the world: but, in sketching the whole history of the universe which he was about to create, he permitted even that black spot to defile his work, because he foreknew what songs of everlasting triumph would rise to himself when, in streams of his own blood, incarnate Deity should wash out the stain.

It cannot be doubted that whatever may be the whole drama of history in creation and providence, there is a high and mysterious sense in which it is all of God. The sin is not God’s, but the temporary permission of its existence formed part of the foreknown scheme, and to our faith the intervention of moral evil, and the purity of the divine character, do neither of them diminish the force of our belief that the whole scope of history is of God in the fullest sense. 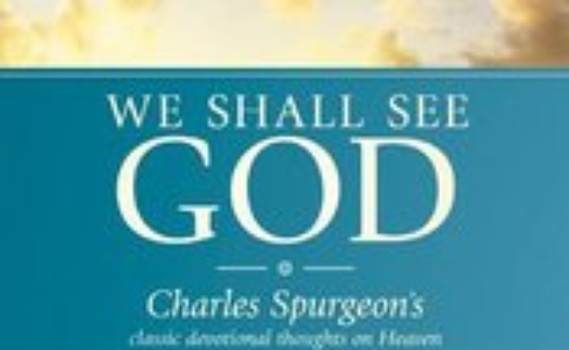 Book Giveaway: We Shall See God

article June 17, 2011
Randy’s new book We Shall See God arrived in our office this week, and I have to say this is one of Randy’s books I’ve especially been looking forward to.

article September 13, 2010
Recently I was working on a book project that involved my reading through messages Charles Spurgeon preached on Heaven. I was delighted to come across a passage in which he affirms some of the same teachings I lay out in my books The Treasure Principle and Money, Possessions and Eternity.
Invest in Eternity