Summer Reading Giveaway: Fiction Book of Your Choice for You and a Friend 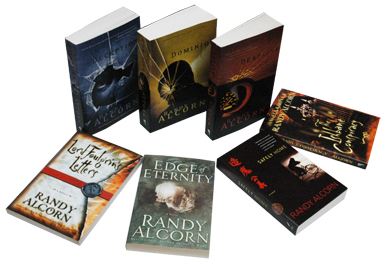 Hi, I'm Stephanie Anderson, promotions director at EPM, and this month's giveaway is a double feature: three randomly-drawn winners will receive a fiction book of their choice, and a fiction book of their choice to give as an outreach or share with a friend! (Click here to browse and learn more about Randy's fiction books, including Deadline, Dominion, Deception, Safely Home, Edge of Eternity, Lord Foulgrin's Letters, and The Ishbane Conspiracy.)

How to enter the giveaway:

Can it really be God-honoring to write and share Christian fiction? Here's Randy's answer:

I personally believe that Christian fiction can be fully honoring to Christ.

The history of Christian fiction is very big and prominent. Take, for example, Pilgrim’s Progress (1670s), a work of fiction. For a long time, people said it was the second-bestselling book of all time. Besides the Bible itself, it is arguably one of the most influential books of all time, and it’s a work of fiction, an allegory.

Then, there’s Charles Sheldon’s In His Steps (1898) from which we get the question, “What would Jesus do?” Very powerful. He was preaching a Sunday evening series, and he started with that question. Every week he would write what got published as an article. Eventually this was all put together in In His Steps. Nobody’s going out and buying Charles Sheldon’s non-fiction writings, though they’re probably good. But that novel captured people’s imaginations.

And there’s Harriet Beecher Stowe’s Uncle Tom’s Cabin (1852). It's a work of fiction based on reality, but with made-up characters true to life. That book would have to be in the top two or three most influential books in terms of changing the course of American history. There are tons of nonfiction anti-slavery books, and nobody knows their titles. Everybody knows Uncle Tom’s Cabin. It was the story that stirred people's hearts.

Jesus taught in parables. He told stories to capture imaginations and move hearts. The way I look at Christian fiction, and the reason I started writing it in the early 90s, is that it has a Trojan Horse effect. People open the doors of their minds to a story. The Trojan Horse comes in and then, all of a sudden, the soldiers come out and take over the city. It’s not manipulation, but it’s an ability to communicate.

Here’s an example. My novel Deadline has a sub-plot that involves an abortion story. Somebody had an abortion in their past and is plagued by the guilt, and they end up in a group of men who are talking about abortion.

Years ago, Deadline was given to a school teacher whom we knew because our daughters played volleyball together. She happened to be a very outspoken pro-abortion person. (Very outspoken.) When I found out another woman had given her Deadline, I went, “Ohhh, not that book! Give her one of my other novels, but not Deadline!” As much as I know about the power of fiction, I still just assumed that was a bad choice. Three weeks later, I was sitting at a volleyball game. I hadn't seen this teacher in between, but I saw her coming, walking rapidly toward me. I thought, “Here it comes.”

She said, “Somebody gave me that novel of yours.” She was pointing her finger at me. And she went, “I loved it!”

I was so shocked. She just went on about how she loved it. She said, “You know what my favorite part of that novel was?”

She said—this non-Christian woman—said, “When you showed the conception of a child from Heaven’s viewpoint.”

That was her favorite part of the book. I don’t know if she totally reversed her position on abortion, but I know that it was definitely changed and perhaps altered forever in a way that simply would not have happened just by reading my non-fiction books on the subject. The truth is, she probably wouldn’t have read it in the first place. That’s the power of Christian fiction.

Do you have a story about how a fiction book changed your life, or the life of someone you know? Feel free to share it in your entry comment. 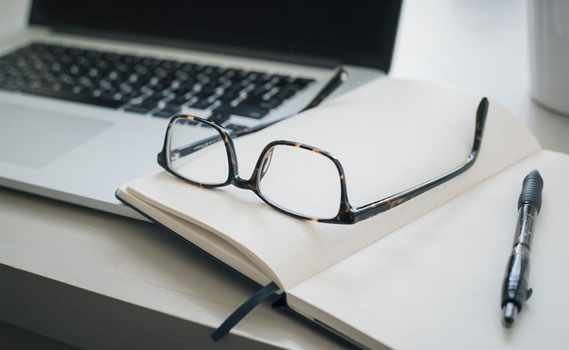 Can It Really Be Christian and God-Honoring to Write “Christian” Fiction?

article March 5, 2010
I personally believe that Christian fiction can be fully honoring to Christ.

What Are the Special Challenges of Being a Christian Fiction Writer?

article February 22, 2010
A big one is the degree to which explicitly spiritual content can or should be woven into a story.

Can Fiction Tell the Truth?

article January 1, 2002
Imagination and truth go together in good literature. Because a story is “made up” does not necessarily mean it is not true. It means it is imaginative
Invest in Eternity