With Greg Laurie and Harvest Fellowship, on Heaven and Suffering 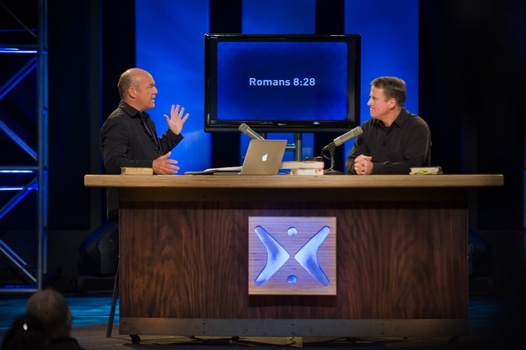 Sunday morning, March 7, I was with Greg Laurie and Harvest Fellowship in Riverside, California. Greg interviewed me about Heaven, and evil and suffering, and we opened the Word together. We did something similar last Thursday night in Orange County. (And in the meantime Nanci and I got to go to Disneyland, a nice little bonus!) To facilitate the interview, someone at the church built a Larry King-style interview desk. They did a beautiful job.

As background, Greg called me last year to tell me that my book Heaven had been a real encouragement to him in the wake of his son Christopher’s death in a car accident in the summer of 2008. I mention Greg a couple of times in If God Is Good:

Three weeks after his thirty-three-year-old son, Christopher, died in a car crash, pastor and evangelist Greg Laurie addressed a crowd of twenty-nine thousand at Angel Stadium in Anaheim, California. “I’ve talked about Heaven my whole life,” Laurie said, “and I’ve given many messages on life after death. I’ve counseled many people who have lost a loved one, and I thought I knew a little bit about it. But I have to say that when it happens to you, it’s a whole new world.” The day his son died, he told the crowd, was “the hardest day of my life.”

When I spoke with Greg ten months later, his faith was strong, but his profound sense of loss remained. Pain is always local. It has a face and a name. And sometimes, for now, it doesn’t go away.

Greg told me, “What I wish is that I could have learned and grown and drawn close to the Lord just like I have, but that Christopher was still here.” Greg captured it perfectly—I too wish I could have all the good God has brought me, and will bring me, through adversity, but without all that pain and loss. But it doesn’t work that way, does it?

Nanci and I thoroughly enjoyed our time there in Riverside (including a couple of meals with Greg and Cathe his wife), the people of Harvest Fellowship, and the Thursday night event as well. Greg has a great passion for evangelism and is also a student of the Scriptures whose ministry is Christ-centered. Since Christopher’s death, their suffering as a family has been great, and we saw in them a depth and dependence on Christ. We found Greg to be authentic, with a real heart for Christ and for people. Harvest felt like a second home for us, and we are glad for our time there.

Here’s an eight minute video segment from one of the services:


Why Is There Suffering in the World Today? from Randy Alcorn - EPM on Vimeo. 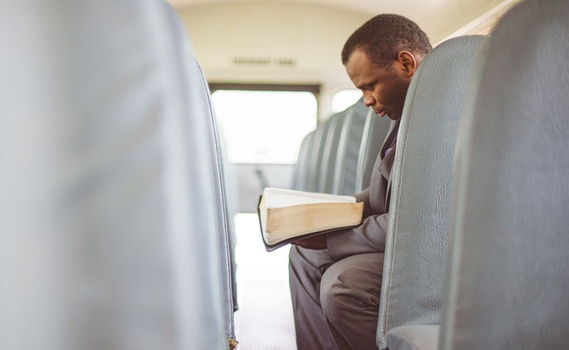 Greg Laurie on the Great Privilege of Being a Pastor

Over the years Greg Laurie has become a dear friend. He has written a powerful article about what it means to be a pastor—specifically the difficulties and privileges. Knowing Greg and having dear friends who are pastors, I can attest to the truth of this article. I hope it helps you to understand and pray for your pastors. 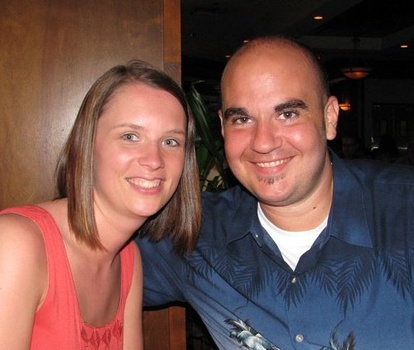 Cancer Comes to Our Family

Friday our youngest daughter Angela was diagnosed with cancer.
Invest in Eternity