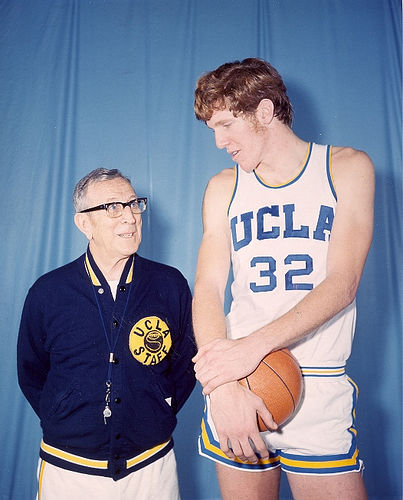 With all the attention on the NBA playoffs, it seems a fitting time to tell a basketball story.

John Wooden, now 99 years old, was the first person to become a member of the Basketball Hall of Fame as both a player (class of 1961) and as a coach (class of 1973).  Wooden’s UCLA teams won an incredible ten NCAA National Championships in a twelve year period. He coached national championship teams, and all-time NBA greats such as Lew Alcindor (Kareem Abdul-Jabbar) and Bill Walton.

John Wooden is a Christian. He says,  “I have always tried to make it clear that basketball is not the ultimate. It is of small importance in comparison to the total life we live. There is only one kind of life that truly wins, and that is the one that places faith in the hands of the Savior."

Wooden reads the Bible daily and attends a Christian Church. He says, "If I were ever prosecuted for my religion, I truly hope there would be enough evidence to convict me."

I have just one disclaimer in the following story: I would much prefer the term “God’s providence” instead of “fate” and I think John Wooden would likely agree.

From the book Wooden: A lifetime of observations and reflections on and off the court, by John Wooden and Steve Jamison

I was teaching and coaching at Indiana State Teachers College when I was offered coaching positions at both the University of Minnesota and UCLA. I was inclined to go with Minnesota because it was in the Midwest, but there was a little hitch in the offer. They wanted me to keep Dave McMillan, the fellow I would be replacing, as an assistant.

I didn’t think that would be for the best, so they offered to consider giving Mr. McMillan another position at the university, one acceptable to him. However, this would take a few days for the board to determine.

They promised they would call me Saturday at 6:00 P.M. with their decision. I told them if they could make the change and it was acceptable to Mr. McMillan, would come to Minnesota to and coach their basketball team.

Meanwhile, UCLA was waiting for a decision. I told them to call me on Saturday night at 7:oo. By then I would know what Minnesota had decided. I informed UCLA that Minnesota made the offer I would be staying in the Midwest. But fate stepped in and changed things. 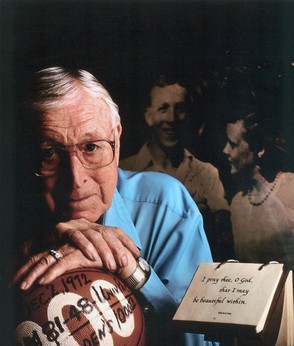 On the day the University of Minnesota was supposed to call me, a blizzard hit the Twin Cities and knocked out all phone service in and around Minneapolis. Unaware of the situation, I waited patiently for the call. None came, not at 6:00, not at 6:30. My phone didn’t ring at 6:45.

However, right on the button at 7:00 P.M., UCLA called. I assumed Minnesota had decided against offering me the coaching position, so I accepted UCLA’s offer.

Almost immediately after I finished talking with UCLA, the call came through from Minneapolis. I was told about the storm. I was also told that the adjustment had been approved and they were offering me the position of head basketball coach at the University of Minnesota, the job I really wanted.

Had I been able to terminate my agreement with UCLA in an honorable fashion, I would have done so immediately. But I had given my word just a few minutes before.

If fate had not intervened, I would never have gone to UCLA. But my dad’s little set of threes served me well: “Don’t whine. Don’t complain. Don’t make excuses.”

I resolved to work hard and do the best job I was capable of­—even when I discovered upon arriving at UCLA that I wasn’t actually working for the university but rather for the associated students. The president of the student body was actually my boss! 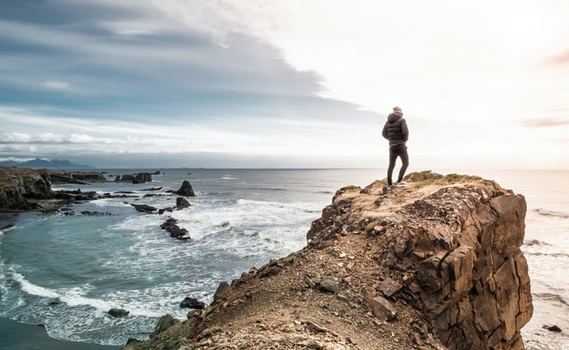 article December 17, 2009
This devotional is from Charles Spurgeon’s Morning and Evening: Daily Readings. There’s hardly any man outside of Scripture itself who speaks to me like Spurgeon does. I highly recommend Morning and Evening as a daily dose of great theology. 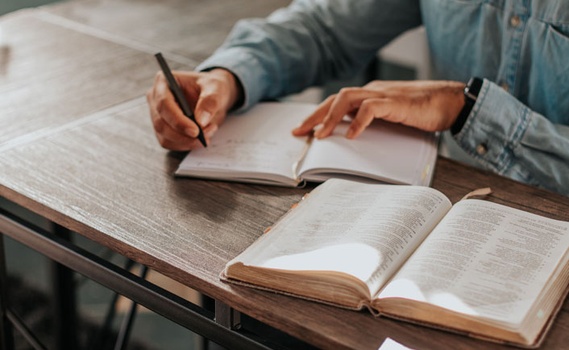 article August 28, 2009
Acts 17:11 says that "Now the Bereans were of more noble character than the Thessalonians, for they received the message with great eagerness and examined the Scriptures every day to see if what Paul said was true." We should come to God's Word with "great eagerness."

How Did Eternal Perspective Ministries Begin?

article March 19, 2010
I’m often asked about the abortion clinic lawsuits that led to my resignation as a pastor, and the beginning of Eternal Perspective Ministries.
Invest in Eternity