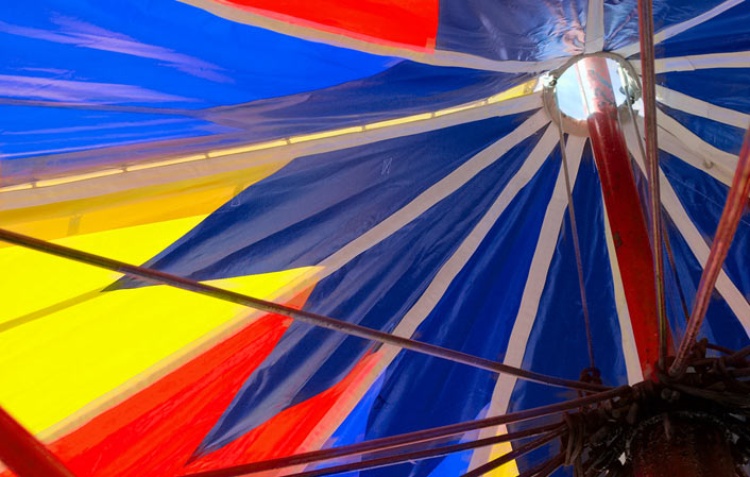 I’m writing this while returning from ICRS, the annual Christian book convention. I’m sitting in the Atlanta airport, reflecting on some of my conversations the past four days. I did many interviews about recent and forthcoming books, and talked with lots of evangelical booksellers, publishers, and authors.

One bestselling, high-impact evangelical author, who I know and like, asked me what I thought of Rob Bell’s book Love Wins. (See my previous blog posts on the book.) This person loved it and said it reflected and reinforced his/her own viewpoint. (Just for the record, I actually DO know whether it was a man or a woman, but I don’t want to divulge even that much; the point isn’t who said it, but that it was a highly influential believer, whose position reflects the sincere beliefs of many others as well.) This person passionately made their case to me that we really have no way of knowing whether Muslims or Buddhists or Hindus will go to Heaven when they die (not former adherents to those religions, but current ones, those who have never responded to Christ).

I hear this more and more, not just among theological liberals, but among evangelical Christians. I saw it at ICRS in Atlanta, in books prominently displayed in the booths of some evangelical publishers. I’ve heard it at “evangelical” colleges. I’ve seen it at “evangelical” ministries who, in their attempts to be more broad and inclusive, seldom share the gospel of Christ with anyone.

I didn’t grow up in an evangelical church. I grew up in a nonchristian home and came to Christ as a teenager. I’ve seen very different kinds of evangelical churches, and I have a broad appreciation of many of these differences. But now, at an ever-accelerating pace, the word “evangelical” and even the term “Bible-believing” seem to be losing their historic meaning. (Yes, I’m aware that terminology isn’t all-important; but I’m also aware that terminology can mislead people and cloud understanding and dialogue when radically different meanings are attached to the same term.)

Is the extent of the need to hear the gospel and respond to it in Christ-centered repentance really so unclear in Scripture? Are matters of salvation, judgment and eternal destiny really gray areas or secondary issues subject to in-house evangelical disputes? Or is the Bible emphatically clear on the point that ANY person without Christ, whether they be Muslim or atheist or Baptist, will go to Hell, not Heaven? Here are just three passages. Please consider them carefully:

For God so loved the world, that he gave his only Son, that whoever believes in him should not perish but have eternal life. For God did not send his Son into the world to condemn the world, but in order that the world might be saved through him. Whoever believes in him is not condemned, but whoever does not believe is condemned already, because he has not believed in the name of the only Son of God. (John 3:16-18)

“And there is salvation in no one else, for there is no other name [but that of Jesus Christ] under heaven given among men by which we must be saved.” (Acts 4:12)

So why all this new uncertainty among evangelicals about salvation and Hell and who will go to Heaven? It’s not just Rob Bell, and it’s not just the person I spoke with; it includes many influential people with whom I’ve had conversations over the last decade. But there are more and more every year who think “There’s no way to know the truth, so let’s not be dogmatic” in areas that God has actually revealed in His Word, which people have given their lives for to get into our language so we could know what God has said to us. I feel like right now among evangelicals—including authors, musicians, speakers and pastors—there’s a runaway train of unbiblical and unclear thinking.

We are improvising theology on the fly with little regard for the Scriptures or the historic orthodox Christian faith. We act as if the Christian faith began with us, and we are perfectly free to modify it in light of the latest cultural winds. To put it bluntly, there is not only more and more false doctrine in churches, there is also more and more of it coming from evangelical pastors and authors and publishers and colleges. (Of course, more and more people aren’t even part of churches these days, but that’s a different story, though related.)

Actually, what I’m calling this “new uncertainty” is an apparent certainty that “we cannot know” whether anyone will ever go to Hell when they die. Of course, I agree that we may not know the true condition of someone’s heart, and we may not know whether an unbeliever came to Christ in the final moments of their life. But this is not the uncertainty so many Christians are talking about these days. Rather, it is an uncertainty about whether those who do not believe in Christ, who have not repented of sin and trusted Him to save them, will end up in Heaven or Hell, or whether there is even a Hell for them to end up in.

Of course there are going to be somewhat different definitions of “evangelical.” But until the last few decades most evangelicals seemed relatively certain the term could not be applied to all that it includes today. (Which raises the question, what will the word include twenty years from now?)

As I’ve noted before, I am increasingly concerned that the “big tent” of evangelicalism is rapidly becoming so big that the term “evangelical” is now almost meaningless. Seriously, short of a confident rejection of the existence of God, I’m not sure if any belief is now sufficient to disqualify someone from calling themselves an evangelical.

There are many former evangelicals that do not want to be called theological liberals. I understand this. But regardless of what term they find to describe themselves, wouldn’t it be more clear and honest not to use the term “evangelical”? When publishing books that deny the Scriptures, and deny salvation in Christ alone, wouldn’t it be better to no longer call themselves evangelical publishers?

When 50% or more of their professors do not believe what the Bible teaches, wouldn’t it be more honest (though financially costly) for colleges to no longer call themselves “evangelical” and to no longer put in catalogues doctrinal statements that many of their faculty members no longer believe? (That would save some Christian families a lot of money and the grief of sending their children to these colleges only to have them lose their faith as a result of what they’re taught in the classrooms.)

Based on what I see and hear regularly, apparently an evangelical can now disbelieve Genesis 1-11 and other portions of Scripture (e.g. “there was no literal Adam and Eve,” even though Jesus and Paul believed there was). Evangelicals can believe that those without Christ can be saved, and that there is no Hell except in this life. We can be prochoice about child-killing. Evangelicals can be racial bigots who freely stereotype by ethnicity. We can believe the health and wealth gospel despite its contradictions to the true gospel of Christ. We can regularly turn our backs on the dire needs of the poor. Evangelicals can sit back and do nothing to help those unreached by the gospel. We can endorse gay marriage.  Despite believing and behaving in any of these ways, we are, apparently,  entitled to consider ourselves evangelical Christians.

Of course, people are perfectly free to take those positions and live however they choose. That’s not my point. My question is, can someone take such positions and remain, in any meaningful sense, an evangelical Christian, pastor, college, ministry, or publisher?

By being inclusive of nearly everything, doesn’t the term “evangelical” really end up meaning almost nothing?

Or perhaps I’m being unfair. Maybe it is those who believe in Jesus as the only Savior, who believe in salvation by grace through faith, who believe in the inspiration and authority of the Scriptures, who should surrender the term “evangelical” and start over with something else.

I’d love to hear your opinion on this deliberately long question:

While it is healthy that there is a big tent of Bible-believing evangelicals who disagree in a variety of interpretations and practices, and while anyone is certainly free to depart from and deny an evangelical faith, is it reasonable to suggest that there is a point where if you no longer believe that the whole Bible is true, and you deny core truths evangelical Christians historically believed, it is misleading and even nonsensical to continue to call yourself an “evangelical Christian”? Or an “evangelical” pastor, university, ministry, or publisher?

Just asking. (Not with glee, but with sadness.) 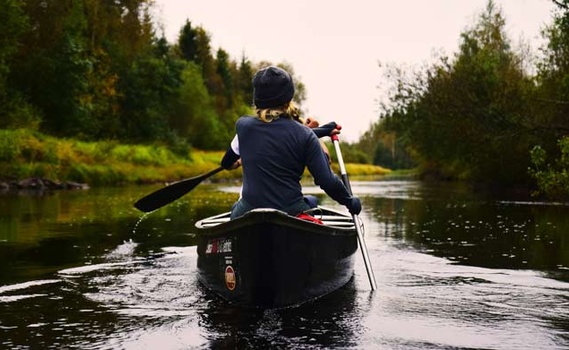 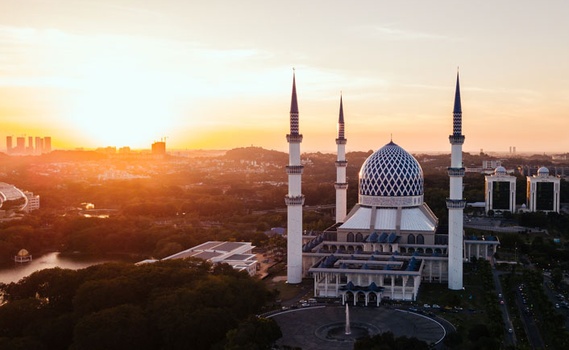 article January 20, 2016
Should we love and respect Jews and Muslims, and seek to live in harmony with them? Absolutely! But no one is helped by confusing the differences between these faiths. 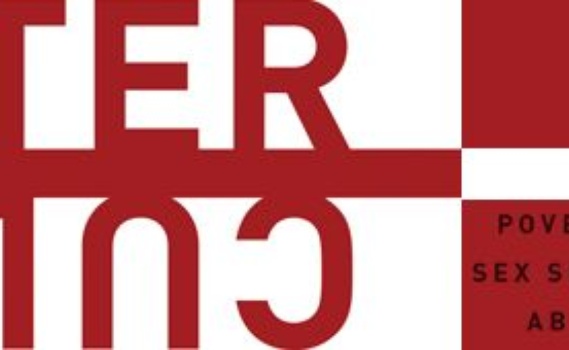 article February 6, 2015
I’m grateful for David Platt and voices like his, who are calling the church to be faithful to God’s Word and extend both the grace and truth of Jesus in the midst of an increasingly hostile culture.
Invest in Eternity