As I’m sure many of you are, Nanci and I have been burdened for the people of Japan. We’ve been praying for people there, especially the believers, that the gospel could be spread in the midst of devastation.

With so many heartbreaking reports of death and loss, this news story telling the rescue of a baby girl is a wonderful glimpse of God’s mercy and saving grace:

Miracle of the baby girl plucked from the rubble: Four-month-old reunited with her father after incredible rescue
By Richard Shears 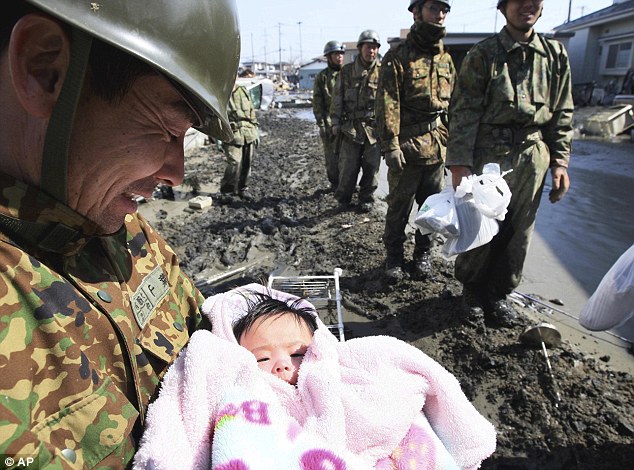 The sound of a baby’s cry amid the rubble seemed so impossible that soldiers searching a tsunami-smashed village dismissed it as a mistake.

But it came again. And they realised they had not been hearing things.

They pulled away wood and slate, dug back thick oozing mud – and there was the child they were to describe as a ‘tiny miracle’.

The four-month-old girl had been swept from her parents’ arms in the shattered village of Ishinomaki when the deadly wave crashed into the family home.

For three days, the child’s frantic family had believed she was lost to them for ever.

But yesterday, for a brief moment, the horrors of the disaster were brightened by one helpless baby’s story of survival.

Soldiers from the Japanese Defence Force had been going from door to door pulling bodies from the devastated homes in Ishinomaki, a coastal town northeast of Sendai.

Most of the victims were elderly, unable to escape the destructive black tide.

But for this precious moment, at least, it was only the child who mattered to the team of civil defence troops who found her.

One of them picked her up in his arms, wrapped her in a blanket which had been handed to him and cradled the child as his colleagues crowded around, not believing that someone as young as this had survived when all hope had been lost.

The tiniest survivor was cold and wet and crying, but she is believed to have suffered no other injuries. Why she did not drown remained a mystery.

But the soldiers were somehow able to trace her overjoyed father, who had been taking refuge in his wrecked home with the rest of his family.

What a picture of the gospel—God heard our cries; He searched for us, found us, and paid the ultimate price to deliver us. This—and nothing less—is true grace.

The baby girl was helpless to rescue herself. Likewise, “at just the right time, when we were still powerless, Christ died for the ungodly” (Romans 5:6).

Sacrificing to rescue the innocent is commendable. But giving your life to rescue those you know to be guilty of horrible crimes? Who would do such a thing?

Scripture doesn’t call him “a God who helps the unfortunate” but “a God who justifies the wicked” (Romans 4:5). Our level of desperation is real, but it’s only half the picture. The other half is that we don’t deserve to be rescued...we deserve to be executed!

Read Romans 3:10-18. “There is none righteous, no, not one…All have turned away, they have together become worthless; there is no one who does good, not even one.”

The cross is about Christ doing for us what we could not do for ourselves. He gave us the exact opposite of what we deserve. He rescued us from hell by going to hell on the cross for us. 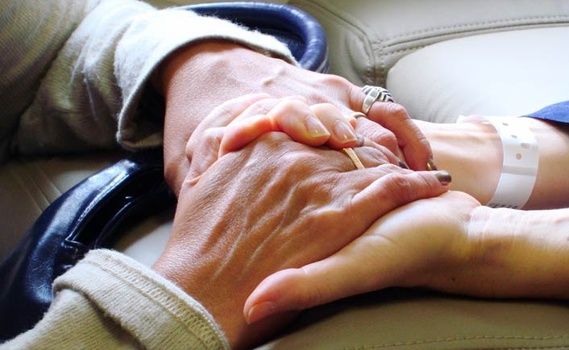 article March 2, 2010
To ignore someone’s pain is to add to that pain. Instead of fearing we’ll say the wrong thing, we should reach out to hurting people. Many times it’s better just to put our arms around someone and cry with them; people almost always appreciate it when you acknowledge their loss. 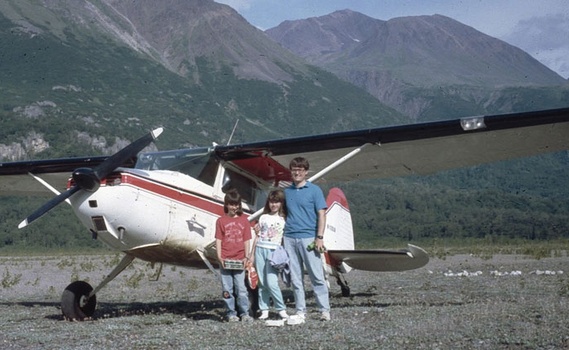 article August 5, 2009
Today is the twentieth anniversary of an unforgettable experience. In 1989, I’d spoken at a missionary conference in Palmer, Alaska. Afterward, we were headed north to Galena, on the Yukon River, by small plane.

video April 20, 2009
If you haven’t seen this video, it’ll make your day. I just watched it again as I took a brief break from final revisions on my book. Think of it as God’s common grace at work in this world.
Invest in Eternity