Is It Accurate and Loving to Point Out That Mormonism Is Not Biblical Christianity? 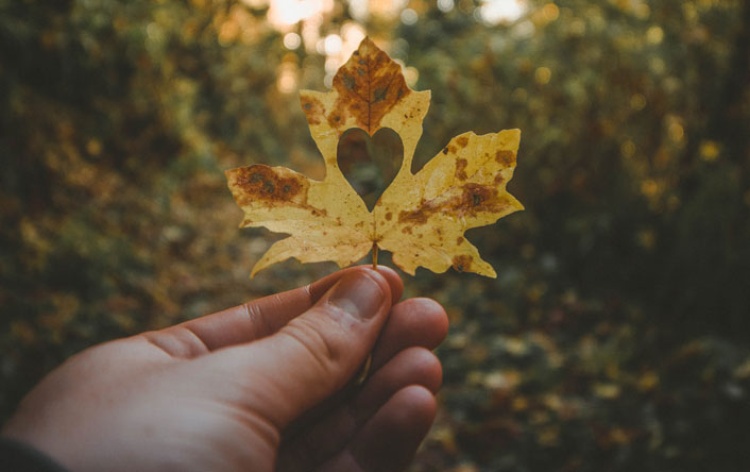 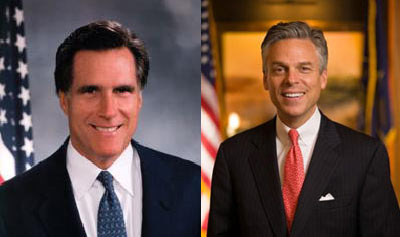 The presidential candidacies of Mitt Romney and Jon Huntsman have raised again the “Mormon question.” A pastor’s comment about Mormonism being a cult generated a tornado of media reaction.

We all know and love Mormon friends and neighbors, and don’t want to appear negative or judgmental. Ironically, national media comments and columns abound which show extreme intolerance of evangelical Christians thinking a candidate’s religious worldview is important. Unless, of course, the candidate is an orthodox Bible-believing Christian, in which case he is clearly a wacko, and who in his right mind would vote for a wacko? This is the routine assessment of some who pride themselves on being tolerant and non-judgmental.

The who-do-you-vote-for-question isn’t an easy one, but I have found there is an immense amount of confusion among evangelical Christians about what Mormonism really is. Many view it as if it were just one more Christian denomination. Historically, that is simply false. Joseph Smith, the founder of Mormonism, made that emphatically clear. My reason for this blog is not to argue about who to vote for, but to argue that we should all acknowledge what is objectively true, and not true, about Mormonism and actual Mormon teachings. The beliefs of the LDS religion are not speculation. They are all a matter of record. I have read the Mormon holy books and hundreds of pages of theological statements made by Joseph Smith, Brigham Young, and other Mormon leaders. I know what they teach, and have had long conversations with Mormon elders about their doctrines. I have read to them from the teachings of their own prophets, and they have read to me the same. 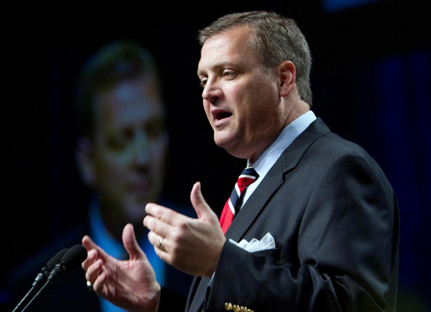 Al Mohler has expressed some clear thoughts about Mormonism and whether or not it is a cult or claims to be the one true religion, an alternative to historic orthodox Christianity. He also goes on to tackle the more difficult question of whether true followers of Jesus should support and vote for a Mormon. I encourage you to read carefully Al’s thoughtful piece (and I encourage you to listen to or read him regularly, as he is a good and biblical thinker). I know there will still be disagreement, but please, in addition to being kind and gracious, let’s try to be truthful and accurate about Mormonism.

One thing important to remember—and this has nothing to do with politics, and everything to do with how we can show the love of Jesus to people—it may appear unkind to suggest a professing Christian is not a true follower of Jesus. And it may seem kind and gracious to call someone a true Christian just because he professes to be and thinks he is. But if he is not a true Christian who believes in the true Christ revealed in Scripture, it is terribly unkind. Why? Because the worst possible condition for unbelievers is to think they are believers. Only when we realize we are without Christ and do not know Christ can we turn to Christ. Only when we believe we are sinners desperately in need of a salvation that can only come through turning to and believing in Christ, the divine Son of God not by being a good person and doing good things and belonging to a certain church—can we actually experience the saving grace of Jesus.

“For by grace you have been saved through faith; and that not of yourselves, it is the gift of God; not as a result of works, so that no one may boast” (Ephesians 2:8-9).

“But when the kindness of God our Savior and His love for mankind appeared, He saved us, not on the basis of deeds which we have done in righteousness, but according to His mercy, by the washing of regeneration and renewing by the Holy Spirit, whom He poured out upon us richly through Jesus Christ our Savior, so that being justified by His grace we would be made heirs according to the hope of eternal life” (Titus 3:4-7).

I am amazed that you are so quickly deserting Him who called you by the grace of Christ, for a different gospel; which is really not another; only there are some who are disturbing you and want to distort the gospel of Christ. But even if we, or an angel from heaven, should preach to you a gospel contrary to what we have preached to you, he is to be accursed! As we have said before, so I say again now, if any man is preaching to you a gospel contrary to what you received, he is to be accursed! For am I now seeking the favor of men, or of God? Or am I striving to please men? If I were still trying to please men, I would not be a bond-servant of Christ.

At the risk of further controversy, here is a contrast between key biblical teachings and Mormon teachings: And here is a summary of key LDS doctrines by a former Mormon who came to faith in Christ and left Mormonism.

Don’t ask yourself, “How can I appear to be kind and non-judgmental in the eyes of the world and other Christians?” Ask yourself, “How can I actually please my Lord, the Audience of One? And how can I truly love my neighbor who doesn’t know Jesus? What can I do for him and say to him that God’s Holy Spirit could use to reveal to him his unbelief in the true Jesus and the true gospel, and his need to turn to Christ in repentance and faith, and embrace the gift of eternal life?”

The important thing is not to appear to love our neighbors (by ignoring their lostness and withholding the truth), but to actually love our neighbors by acting in their best interests. We do that by lovingly sharing the truth about Jesus and the good news He offers to sinners, who can be saved only by Him, never by a church, religion or human effort.

Photo by Anthony Intraversato on Unsplash

What Are Some Good Resources for Sharing the Gospel with Mormons?

article September 1, 2010
Articles, websites, and books to help you share your faith in Jesus with Mormons.
Invest in Eternity