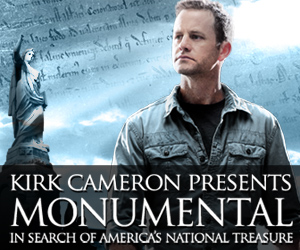 While visiting friends in Texas last week, Nanci and I saw Kirk Cameron’s documentary Monumental. We found it interesting, inspiring, and very well done. It’s very engaging, and tells an important story. I appreciate the fact that Kirk doesn’t look to politics as the main solution to our problems. He believes our first concern shouldn’t be the White House but our own houses.

Check out the movie trailer:

Monumental is the story of America’s beginnings. Presented, produced, and starring Kirk Cameron, the 90-minute true story follows this father of six across Europe and the U.S. as he seeks to discover America’s true “national treasure” – the people, places, and principles that made America the freest, most prosperous and generous nation the world has ever known.

Monumental is heralded as “inspiring,” “beautifully executed,” and “powerful.”

Long regarded as “the land of opportunity,” there’s no question the tiny band of religious outcasts who founded this country hit upon a formula for success that went way beyond what they could have imagined. How else can you explain the fact that they established a nation that has become the best example of civil, economic and religious liberty the world has ever known?

What formula did they discover? What motivated them to come here in the first place? More importantly, how can we apply these same foundational truths today?

Joni Eareckson Tada writes, “I came away from watching Monumental with ‘I never knew that!’ ringing in my head! I learned etched-in-stone truths about America's foundations that, to me, were a marvel. Monumental awakened my understanding of what common citizens need to actually DO to regain this country's greatness. Informative… Enlightening… Amazing… these are the words that aptly describe my response to this remarkable movie. It's a ‘must see’ for every American family who wants to make a lasting difference in our culture!" 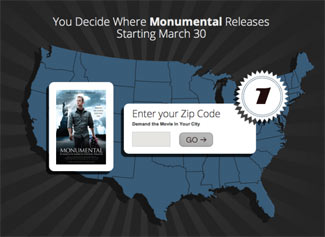 Francis Chan says, “Monumental inspires me to live more like the godly men and women who founded this country. It opened my eyes to the beauty of how our country was founded. I was amazed at how much they left out of our history classes. Makes you wonder... After seeing this film, I have never been more proud of our country’s heritage and more concerned about our future.”

The movie is playing in select theaters across the U.S, but the more people who request a showing in their area, the more chance it will be shown in a theater near you. (The DVD can be preordered but won’t be available until this summer.) 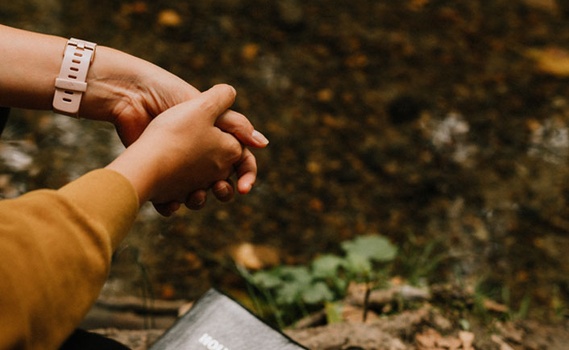 The election is over. Followers of Christ, regardless of who they advocated and voted for, should now pray wholeheartedly for our new president and his administration, as Scripture instructs us in First Timothy 2:1-4.

America: Intended to be a Secular State or a Christian Nation?

Unfortunately there is a growing trend today to tolerate all beliefs except those that are Christian. I think these citations demonstrate the historical inconsistency of this position.
Invest in Eternity