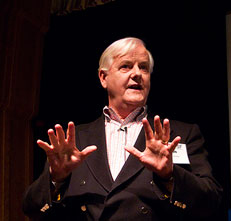 If you’re not familiar with Os Guinness, he is an author and social critic who lives in the Washington DC area. He’s written or edited more than 25 books and is a frequent speaker and seminar leader at political and business conferences in both the United States and Europe. When Os and I were both speaking at the C. S. Lewis conference in Oxford in July, Nanci and I had a delightful dinner with him and his wife Jenny.

Recently I ran across an interview with Os in a 1998 issue of Religion & Liberty, a publication of the Acton Institute.

I’ll be posting a series of three blog posts with excerpts from the interview, which is titled “Rediscovering  ‘Calling’ Will Revitalize Church and Society.”

R&L: In your book The American Hour, you say that America, at her best, is a liberal experiment. In this context, what do you mean by “liberal”?

Guinness: I mean it, not it its modern sense, but in its nineteenth-century sense of liberalism in the relation of faith and freedom. I think the framers were clear that faith and freedom were integral.

Faith was foundational to the United States at three points. The first was winning freedom; just take the enormous influence of the “black regiment,” the preachers and thinkers behind the American Revolution. The second was the ordering of freedom; nothing is closer to the genius of the United States than the First Amendment and its establishing the separation of church and state in such a constructive way. And the third—which is less stressed today— was the sustaining of freedom; refer to James Madison’s argument that faith is vital to virtue, and that virtue is vital to freedom. So, those who think you can have an empty or ungrounded freedom misunderstand the framers.

R&L: Would you say, then, that freedom is not freedom from, but freedom for?

Guinness: Paraphrasing Lord Acton, “Freedom is not the permission to do what we like, it is the power to do what we ought.” The trouble is that, today, freedom is purely negative: freedom from parents, from teachers, from the police, and so on. We have lost sight of it as freedom to be that which we can be or ought to be. We need to recover the idea that, as Lord Acton stressed wisely and as the present pope has written of so well, freedom is the power to do what we ought. That assumes, however, we know the truth of who we are and what we ought to do. That is the freedom the modern secular liberal tends to forget.

R&L: And does being a follower of Christ tutor us in how to exercise our freedom in relation to the truth?

Guinness: Absolutely. To me, one of the most appalling things in this country at the moment is the capitulation to the postmodern view of truth—the view that truth is relative, socially determined, and all a manner of human construction, and that any truth claim is really a disguised bid for power.

What proponents of this view do not realize is that when all claims to truth are reduced to forms of bids for power, you just open yourself up to power games. That is an incredibly dangerous, Nietzschean moment.

When Vaclav Havel and Aleksandr Solzhenitsyn resisted the Soviet regime, they did so on the basis of truth. “One word of truth,” Solzhenitsyn wrote, “outweighs the entire world.” Or in the words of Havel, “Truth prevails for those who live in truth.” Many Western liberals applauded them at the time, but they do not have the same, strong concept of truth to do the job today.

People thought that postmodernism promised a brave new world of knowledge, but they are suddenly beginning to realize it is a highly manipulative and very dangerous world. And when you see the dangers, suddenly you see the enormous significance of the words of Jesus: “You will know the truth, and the truth will set you free.” There is no freedom without truth. 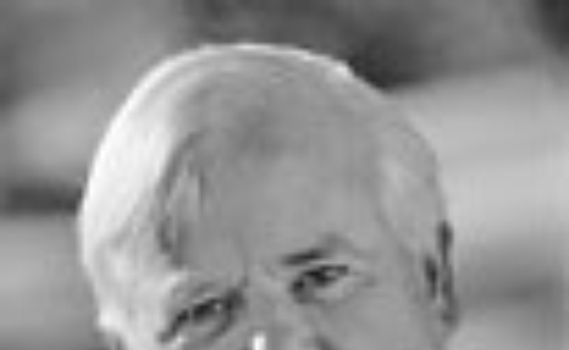 article January 23, 2012
In this third and final blog post from an interview with Os Guinness (check out part 1 and part 2), Os talks about living for the Audience of One, and the relationship between calling, markets, and morality. 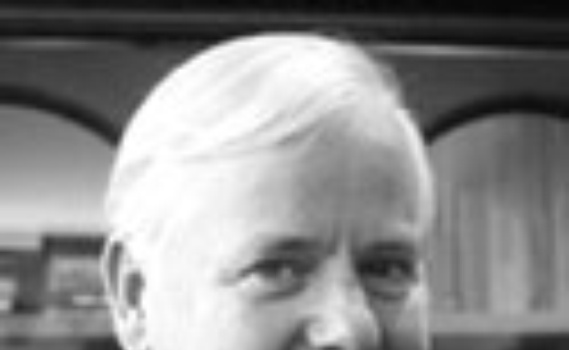 Os Guinness on the Vocation of a Man’s Life 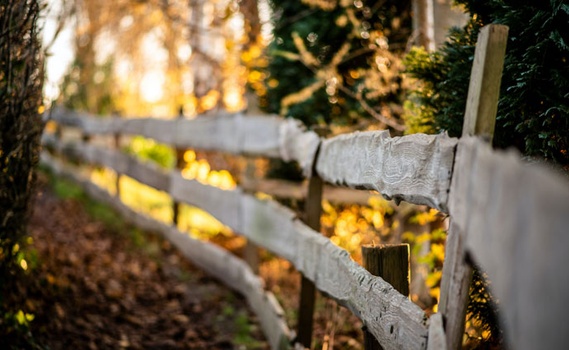 article October 15, 2007
When the summer started, our grandsons weren’t having all that much fun in our big side yard. Why? Because there’s a road on the north side of our yard, and these days the cars present a real danger to careless children chasing balls. And our grandsons love to chase balls.
Invest in Eternity