The Duggar Family: “Open to Receive Whatever Gifts God Wants Us to Have” 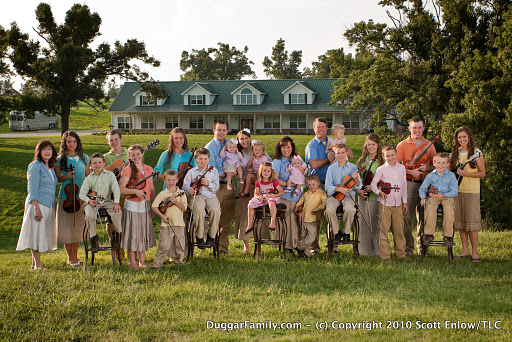 Few Christian families have received as much national media attention and caused as much debate among people (even some believers) as the Duggar family. They are featured on the TLC reality show 19 Kids and Counting.

Whether you love the Duggars and their show, or like us don’t have cable TV and have never seen it, their website has some helpful resources for parents and families. Last year I discovered they had kindly linked to my book Does the Birth Control Pill Cause Abortions?  as a resource they had read and appreciated. Their links have sent many visitors to our EPM website. 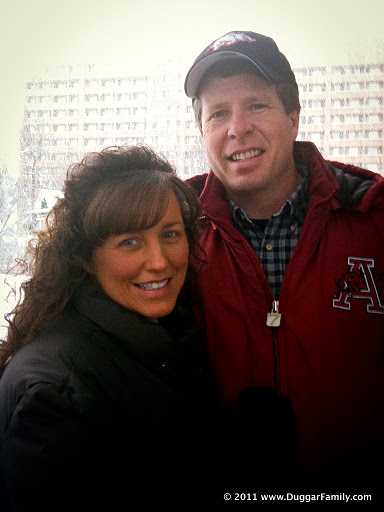 I met Jim Bob and Michelle Duggar last year in Atlanta at ICRS (the annual Christian bookseller’s convention). They struck me as wonderful, Christ-loving people.  Our brief conversation was a delight. I love their commitment to the welfare of their children, and their comments on their website about agreeing to the reality show:  “We said the only way we would do it is if they did not edit out our faith, because that is the core of our lives.”

Last December the family received national attention when after announcing they were pregnant with their 21st child, Michelle and Jim Bob lost the baby in a miscarriage. The couple had pictures taken of their tiny stillborn daughter, who they named Jubilee Shalom Duggar. However, the photos, intended for private use and to be used at Jubilee’s memorial service, were leaked and created a controversy over whether they should have been publicly shared.

It’s interesting to note that people were not questioning whether the baby’s hands and feet showed that she was a fully human child. And that, of course, is what upset many people—the obvious truth that Jubilee Shalom Duggar was as real a person as every born child, every adult, and every other unborn child as well. I really enjoyed hearing Michelle read a letter she wrote to Jubilee:

“…we believe every life is sacred, even the life of the unborn,” the Duggars share on their website. I deeply appreciate their pro-child stance, and believe it reflects God’s heart toward children.

Sadly, many Christians today have bought into our society’s anti-child mentality, which motivates them to see children as an inconvenience, to turn up their noses at large families, and to consider the alternative of abortion when they face an unwanted pregnancy.

Parents of large families are all too often the recipients of demeaning comments such as “don’t they know about birth control?” or “you’re not going to have another child, are you?” My dad was the tenth of thirteen children. Nanci and I only had two, but I’m glad my grandparents didn’t stop after nine. If they had, I wouldn’t exist, and neither would our daughters and grandsons. 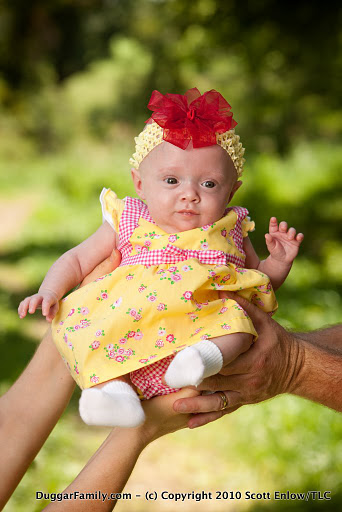 Scripture teaches that it is God who opens and closes the womb, and that children are a blessing of the Lord (Psalm 127). Reproductive fruitfulness is commanded and commended by God. Scripture knows nothing of the tragic bias often demonstrated today against people with large families.

The Duggars realize that God hasn’t called everyone to have a large number of children. "We know having this many kids isn't for everyone," Michelle shared in an interview. "But we are open to receive whatever gifts God wants us to have.”

Advocates of small families often cite 1 Timothy 5:7 (“If a man fails to provide for his own household, he has denied the faith and is worse than an unbeliever”), believing that the more kids we have, the harder it is to provide for them and the greater danger we will disobey this command.

However, in what is by far the most affluent society in human history—and with one of the lowest birth rates in history—we have to wonder if that really is a danger. Or are we thinking that “providing” means lavishing on children material wealth that doesn’t just meet basic needs but provides for extravagant wants?

Ironically, while undercutting the value of children on the one hand, we pamper and spoil them on the other. Our children don’t have too little material things; they have way too much already. That’s one reason children from large families tend to be more responsible, harder-working, and less spoiled and selfish. They also know how to relate to small children because they’ve been around them and helped care for them. Perhaps that’s one of the results of decreased family size—more spoiled children who get everything they want (as they couldn’t with more siblings) and have no responsibilities (as they would with more siblings).

No matter where we stand on this issue, it is an absolute certainty that the body of Christ should be pro-children and pro-family and never demean or roll our eyes at those God has blessed with many children, but rejoice with them and help them as we’re able. (I think we should also get over our aversion to crying infants in a church service—the way we turn our heads and stare and frown if a mother with a crying child doesn’t head for the exit in the first five seconds. I think this is symptomatic of our view of children as hindrances to what we want to accomplish.)

May we do all we can to listen to our Lord, and to follow Him as best we know how. And while we shouldn’t condemn believers who have large families, we also shouldn’t condemn other Christians just because they believe using non-abortive contraceptives is okay. (I’ve written a Dialogue about Birth Control for those who would like to read more on this subject.)

Acts 17:11 talks about searching the Scriptures daily to evaluate what’s true and what isn’t. When it comes to this issue, a great place to start is to read what the Bible says about children, having children, and exercising wisdom. Let’s ask God to open our eyes to His perspectives, and show us if the way we think comes from our culture and upbringing, or if it comes from His Word. Our goal should be to please the Lord, the Audience of One. If we need to adjust our thinking—and our actions—may we be ready and willing to do so. 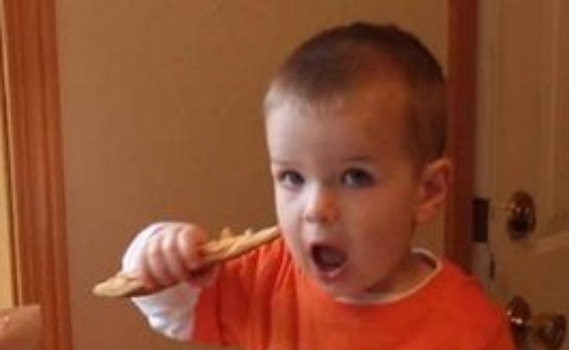 Four Blessings from Above: The Joy of Grandchildren

article March 24, 2008
It’s been a while since I showed pics of our grandchildren. Many of you have endured sleepless nights wondering when I was going to get back to them. Now you can relax and breathe again.

article March 2, 2010
The Bible teaches human beings are made in the image of God (Genesis 1:27; James 3:9). Not just Adam and Eve, but each individual since has been personally created by God (Malachi 2:10). Personhood is never measured by age, stage of development, or mental, physical, or social skills (Exodus 4:11). 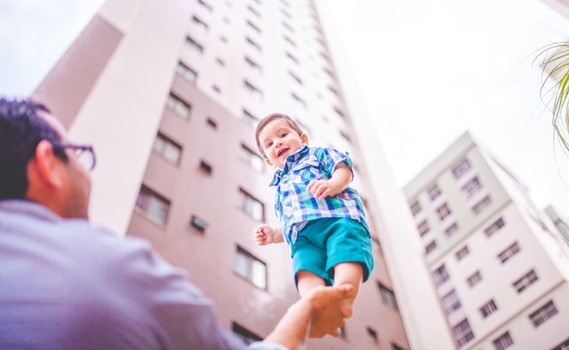 article October 1, 1991
When one of my students in an ethics class at Multnomah Bible College paraphrased Scripture on the subject of children, it inspired me to do the same. One of these statements is from God (Psalm 128:3-5), the others from a godless world. Can you choose which?
Invest in Eternity