A Christmas Carol, and the Joy of Giving 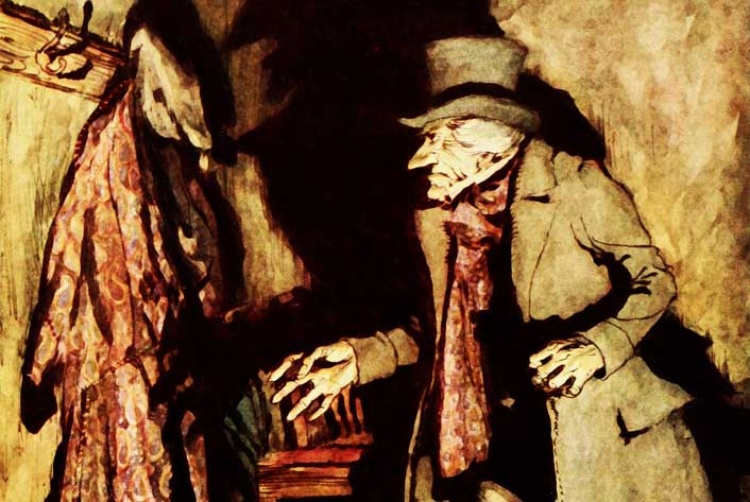 There’s one statement of Jesus recorded in Acts that doesn’t appear in the Gospels. Perhaps God added it later so it would stand out:

“The Lord Jesus himself said: ‘It is more blessed [literally, happy-making] to give than to receive.’” (Acts 20:35)

Giving is doing what we were made for: loving God and our neighbors (Matthew 22:36–40). It is a blessed act that leads to joy.

A graphic example of this joy is found in Charles Dickens’s classic story A Christmas Carol. I highly recommend you go back and re-read this very powerful story. Nanci and I try to listen to it on audio over the Christmas season.

When the story begins, Ebenezer Scrooge is wealthy and miserable. He’s a miser—caustic, complaining, and horrendously greedy. (The word “miser” is related to another word that we’re familiar with: miserable. Isn’t that interesting? A miser has way more than other people, but he is miserable because he’s a keeper.)

After encounters with three spirits on Christmas Day, Ebenezer is given a second chance at life. I’m struck by the description of the transformed Scrooge:

He went to church, and walked about the streets, and watched the people hurrying to and fro, and patted children on the head, and questioned beggars, and looked down into the kitchens of houses, and up to the windows; and found that everything could yield him pleasure. He had never dreamed that any walk—that anything—could give him so much happiness.

Scrooge walks through the streets of London after his transformation, freely distributing his wealth to the needy. He’s giddy with delight. He, who only yesterday had scoffed at the idea of charity, now takes his greatest pleasure in giving. Here’s a man who goes from the most miserable human being that you’d ever met, to a person whose heart is full of joy, and the joy is in proportion to him giving away money. (By the way, think about how the story would have been different if Ebenezer Scrooge had decided to give away money only out of a guilt-driven, begrudging sense of duty. Would he have been overcome with joy? No. Giddy? No. Happy? No. That is not a great story. The greatness of the story is in the joy of giving.)

What was the source of Scrooge’s joy-filled transformation? Gaining an eternal perspective. Through supernatural intervention, Scrooge was allowed to see his past, present, and still-changeable future through the eyes of eternity. (Let’s ask God for the same insight into our lives!)

On the story’s final page, Dickens says of Scrooge:

Some people laughed to see the alteration in him, but he let them laugh, and little heeded them.... His own heart laughed, and that was quite enough for him. And it was always said of him, that he knew how to keep Christmas well, if any man alive possessed the knowledge.

It’s significant that this story all relates around Christmas.  Scrooge begins to sees his life in light of the Christmas season, when Jesus came into the world. Christmas is wrapped up in the joyful spirit of giving, with the ultimate gift being the Spirit of God giving His Son.

For to us a child is born, to us a son is given; and the government shall be upon his shoulder, and his name shall be called Wonderful Counselor, Mighty God, Everlasting Father, Prince of Peace (Isaiah 9:6).

For you know the grace of our Lord Jesus Christ, that though he was rich, yet for your sake he became poor, so that you by his poverty might become rich (2 Corinthians 8:9). 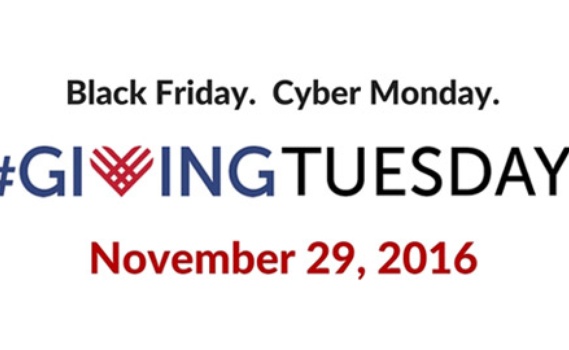 Giving Tuesday: An Invitation to Experience the Happiness of Giving

article November 25, 2016
Unfortunately, we’re so easily absorbed, especially at Christmastime, with “getting what’s ours” (or with finding unneeded gifts for our friends and family who already have so much) that we miss what brings the real happiness and joy—giving God what’s His. 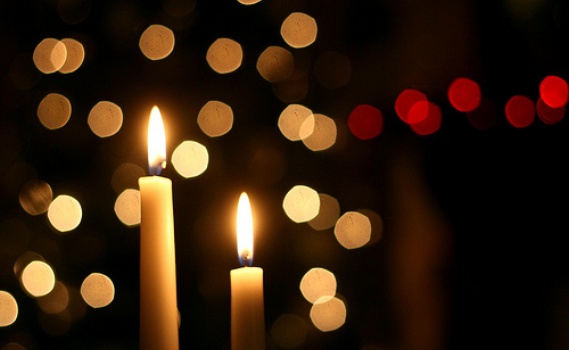 The Deepest Prayer of My Heart This Christmas

article December 24, 2014
My prayer is that people would understand that Jesus is the person they were made by and made for. 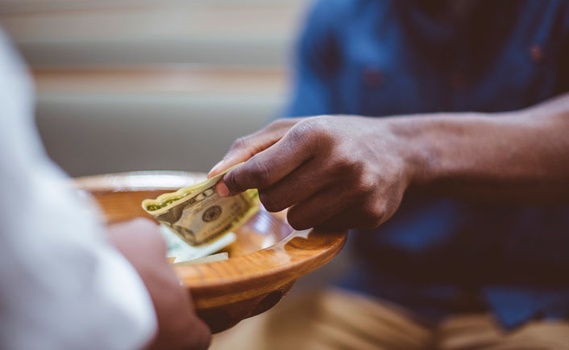 article March 17, 2010
Giving infuses life with joy. It interjects an eternal dimension into even the most ordinary day. That’s just one reason you couldn’t pay me enough not to give. The joy Nanci and I experience comes in envisioning what God is doing in people’s lives for eternity through what we’ve given to Him.
Invest in Eternity