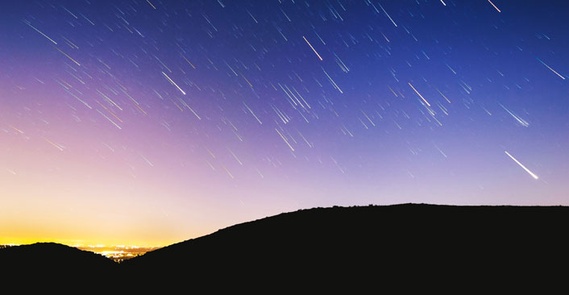 At 2:30 a.m., on November 19, 2002, I stood on our deck gazing up at the night sky. Above me was the Leonid meteor shower, the finest display of celestial fireworks until the year 2096. For someone who has enjoyed meteor showers since he was a kid, this was the celestial event of a lifetime.

There was only one problem: clouds covered the Oregon sky. Of the hundreds of streaking meteors above me, I couldn’t see a single one. I felt like a blind man being told, “You’re missing the most beautiful sunset of your lifetime. You’ll never be able to see another like it.”

Was I disappointed? Sure. After searching in vain for small cracks in the cloud cover, I went inside and wrote these paragraphs. I’m disappointed, but not disillusioned. Why? Because I did not miss the celestial event of my lifetime.

My lifetime is forever. My residence will be a new universe, with far more spectacular celestial wonders, and I’ll have the ability to look through the clouds or rise above them.

During a spectacular meteor shower a few years earlier, I had stood on our deck watching a clear sky. Part of the fun was hearing oohs and aahs in the distance, from neighbors looking upward. Multiply these oohs and aahs by ten thousand times ten thousand, and it’ll suggest our thunderous response to what our Father will do in the new heavens as we look upward from the New Earth.

Just as we are not past our prime, the earth and planets and stars and galaxies are not past their prime. They’re a dying phoenix that will rise again into something far greater—something that will never die.

I can’t wait to see the really great meteor showers and the truly spectacular comets and star systems and galaxies of the new universe. And I can’t wait to stand gazing at them alongside once-blind friends who lived their lives on Earth always hearing about what they were missing. Some believed they would never be able to see, regretting the images and events of a lifetime beyond their ability to perceive. The hidden beauties will be revealed to them, and to us.

Those of us who know Jesus will be there to behold an endless revelation of natural wonders—likely including spectacular meteor showers that display God’s glory—with nothing to block our view.

For more on the New Earth, see Randy’s book Heaven. You can also browse additional resources on Heaven.

Photo by Austin Schmid on Unsplash

New Discovery: We Live in a Supercluster of Galaxies with a Hawaiian Name

The celestial heavens declare God's glory (Psalm 19). There is so much we don't know, but astronomers are always discovering something new for which God deserves the credit. Here's one of the latest.

Astronomy has been my hobby since childhood. Years before I came to know Christ, I was fascinated by the violent collisions of galaxies, explosions of stars, and implosions into neutron stars and black holes. 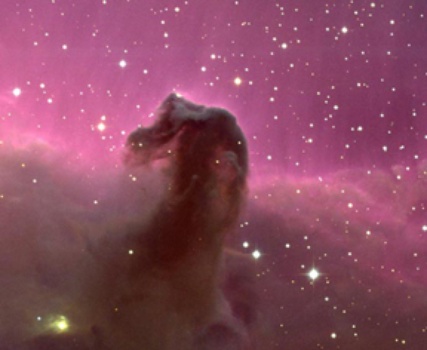 The Old Testament uses no single word for universe or cosmos. When Genesis 1:1 speaks of God’s creating “the heavens and the earth,” the words are synonymous with what we mean by universe.
Invest in Eternity