Is Happiness Different from Joy?

By the way, I’m truly honored that Tony, an excellent writer and expert "book guy" whose opinions I greatly respect, announced my book Happiness as his pick for the 2015 book of the year. When I look at all those other books on his list, great books, I am humbled and grateful. And when I first heard about it I was certainly surprised! Check out Tony’s other 14 top books as well as his earlier list of 70 candidates for year's best books.

Randy, as you know there’s a longstanding division in Protestant theology that goes like this: Happiness is a bubbly and superficial and circumstantial feeling that comes and goes. Joy is a deep-seated and enduring affection that endures. We see this in books and we hear this in sermons all the time. Joy and happiness are fundamentally different. You wrote your book to refute that discrepancy. So in summary fashion, how should Christians rightly think about happiness and joy?

I think the first thing we need to realize is that historically there was no such distinction in the church and in the English language. Simply look up joy in a secular dictionary, say Webster’s Dictionary, and you’ll see it defined as happiness and, happiness defined as joy. They are synonyms with overlapping meanings. I’ve asked people, “Could you show me any passage from Scripture that suggests some contrast or even substantial difference between happiness and joy?” And there just is no such thing.

When I researched Happiness, I used the Logos Bible software and went through the Puritans and Spurgeon and Wesley and found they used the words “joy” and “happiness” in close proximity, often within five, six, seven words of each other. I found again and again they were used synonymously—completely interchangeably.

Here are examples of that: Jonathan Edwards cites John 15:11 (that Jesus’s joy might remain in you) to prove this point: “The happiness Christ gives to his people is a participation of his own happiness.” He didn’t have to say, “I actually mean joy.” Well, of course that’s what he meant. And Richard Baxter said, “The day of death is to true believers a day of happiness and joy.” And William Law spoke of the happiness of a lively faith, a joyful hope.

Then there’s Spurgeon, who again and again said, “The more often I preached, the more joy I found in the happy service.” And he said, “Despite your tribulation, take full delight in God, your exceeding joy this morning and be happy in him.” He started one sermon this way: “Oh, cheerful, happy, joyous people. I wish there were more of you…Let the uppermost joy you have always be ‘Jesus Christ himself.’” And then one other Spurgeon: “May you so come, and then may your Christian life be fraught with happiness and overflowing with joy.”

So this distinction is a recent thing that developed, and one of the first people I found who really spoke out against happiness and contrasted it with joy was Oswald Chambers. And I love Oswald Chambers! My Utmost for His Highest is a great book and so are other books that he wrote. But some of the dramatic anti-happiness things he said were pretty startling.

But if you look at various Bible translations, there are actually more than 100 verses in Scripture that use the words joy and happiness together. Now I’m not talking about paraphrases like The Message, but actual Bible translations with teams of Hebrew and Greek scholars who are also English experts—and they use happiness and joy together in these 100+ verses.

For instance, Esther 8:16 in the NIV says, “For the Jews it was a time of happiness and joy, gladness and honor.” Or Jeremiah 31:13 in the Holman: “I will turn their mourning into joy . . . and bring happiness out of grief.” Or the NLT: “Give your father and mother joy! May she who gave you birth be happy” (Proverbs 23:25). And these examples go on and on. Consider these verses from the New English Translation: “You, O Lord, have made me happy by your work. I will sing for joy because of what you have done” (Psalm 92:4). Or Psalm 32:11: “Rejoice in the Lord and be happy, you who are godly.”

So it’s a false affirmation that happiness and joy are fundamentally different. John Piper writes about this very thing: “If you have nice little categories—joy is what Christians have and happiness is what the world has—you can scrap those when you go to the Bible because the Bible is indiscriminate in its uses of the language of happiness and joy and contentment and satisfaction.” And Joni Eareckson Tada says similar things. She says, “Scripture uses the terms interchangeably along with words like ‘delight,’ ‘gladness,’ ‘blessed.’ There is no scale of relative spiritual values applied to any of these.”

I think it’s one of those things we need to closely examine and then say to believers, “Look, don’t talk of joy as this unemotional transcendent thing and happiness as this worldly thing, because when we do that, we’re pushing people, who all seek happiness, away from the gospel.” Both the ESV and the NASB translate Isaiah 52:7, which refers to the gospel in the early context of the Messiah’s redemptive work, as “the good news of happiness.”

Amen! Well said. And you yourself did the lexical work behind all this. How many Greek and Hebrew terms did you study?

I think there were about 22 primary Hebrew words and about 15 primary Greek words, all of which are interchangeable. It’s just amazing. You especially see this in the parallelisms in the Psalms. Sometimes four different Hebrew words for happiness or gladness are used in the same verse. It’s just like we do in English if we say it is a bright, beautiful, sunny day. The sky is blue. We’re not saying a bunch of different things; we’re saying the same thing using different words.

You mentioned Oswald Chambers distinguishing happiness/joy, and it’s problematic. His impulse, and that of others, is to distinguish Christian joy from non-Christian happiness. If we use the same language, happiness and joy, how do we make this distinction between the joy of Christians and non-Christians?

Well, it’s interesting that in Acts 14:17 the apostle Paul, who is speaking to unbelievers at Lystra, said of God, “He did not leave himself without a witness, since he did what is good by giving you rain from heaven and fruitful seasons and satisfying your hearts with food and happiness.” And some translations say “gladness.” They could say joy. But what he is saying is that in God’s common grace He gives provisions such as food and even happiness to unbelievers. So being made in God’s image, an unbeliever, even under the fall and under the curse, can have a certain taste of happiness.

So I think what Paul was doing was building a bridge to the gospel through identifying God as the universal source of happiness. But, yes, of course, there is a significant difference between the happiness of believers and unbelievers. In Psalm 17 and in other Psalms, David spoke of people whose reward is in this life. And Abraham spoke to the rich man in hell saying, “Remember that in your lifetime you received your good things” (Luke 16:25). And what he is saying there is: You had your opportunity, and God in his common grace gave you an experience of good things, including tastes of happiness, because God is the primary source of happiness, and the world is full of secondary reference points of happiness. But they’re over now that you have died.

Even the atheist when he takes a walk in the woods and sees the beauty—he may in his own way celebrate the beauty and see a deer and just marvel at this—the happiness he’s experiencing is coming from the hand of God. The fact that people don’t believe in God doesn’t change the fact that God is the only source of happiness. Tragically, however, if he dies in his atheism and goes to hell, hell is the one place in the universe where God is not present, except in his wrath. And, as a result, the athiest is cut off from happiness.

David Murray, who we both appreciate, identifies six different kinds of happiness. He talks about nature happiness, social happiness, vocational happiness, physical happiness, intellectual happiness, and humor happiness. All of those in God’s common grace are available, except the final one which David calls “spiritual happiness.” He calls it a joy that at times contains more pleasure and delight than the other six put together. And that’s the thing you can’t have until your sins are forgiven and you are reconciled to and made right with Him.

That’s why Psalm 32:1, using the Hebrew word asher (a very common word that means “happy”) says, “Happy is the man whose sins are forgiven.” And then in verse 2, “Happy is the one whose transgressions are not counted against him.” When you are reconciled to God, you have a deep, reality-based happiness. It’s based upon the truth that you’re made right with the happy God of Scripture who created you and wired you to be happy. But up until now, up until your sins are forgiven, you’ve been trying to satisfy your happiness and find it in all of these cul-de-sacs and dead-end streets. But now you truly found it in God.

And as Chesterton said, the atheist sees beauty but has no one to thank, thus no one to be happy in. 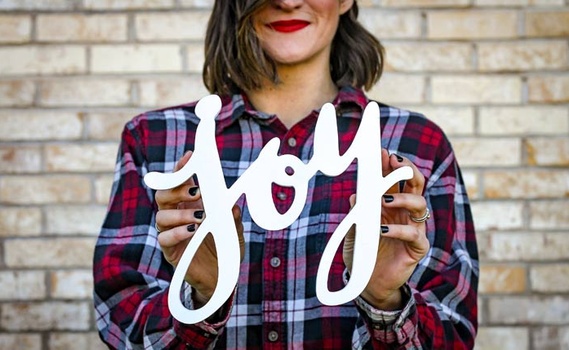 article February 24, 2020
The idea that joy and happiness are synonyms can be radical to many readers. In response to a post I shared about happiness, a sincerely concerned person wrote me, “Joy, peace, and contentment do not equal happiness.” To some, the difference between the two words is as central as believing in the deity of Christ or the resurrection! 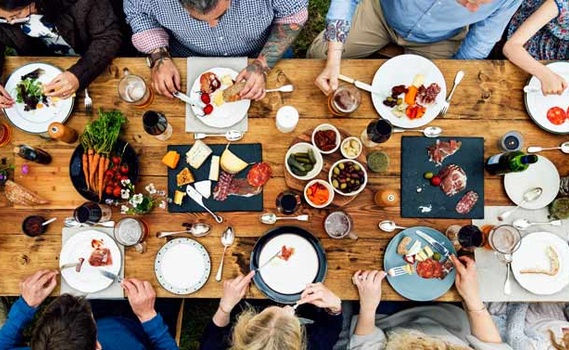 The Early Christians Experienced Happiness in Christ Despite Suffering; So Can We

article April 11, 2018
Certainly first-century Christians experienced much heartbreak and persecution. But they also experienced happiness, celebration, and the abundant life in the midst of difficulty. 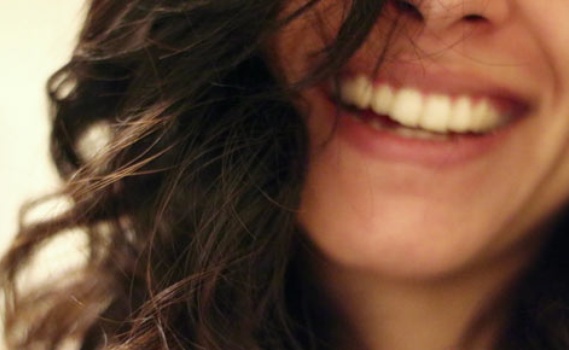 Is Joy Unemotional, and Is It More Spiritual Than Happiness?

video July 20, 2016
I googled “define joy,” and the first result was this dictionary definition: “a feeling of great pleasure and happiness.” This definition harmonizes with other dictionaries and ordinary conversations, yet it contradicts countless Christian books and sermons. The church’s misguided distinction between joy and happiness has twisted the words.
Invest in Eternity