People have been discussing this issue for weeks, generating a lot more heat than light. Angry and dismissive responses to others’ positions have been routine. I think it’s worth continuing the discussion, since even after this particular issue passes, a host of similar ones await us.

Earlier I linked on my Facebook page to a Desiring God article, “Eight words from Jesus in a world of Refugees.” Last week I posted a video from Dan Franklin with some further thoughts.  In response, a reader sent me a link to a video from Todd Wagner, pastor at Watermark Community Church in Dallas, Texas. Before I take you to Todd’s video, which provides some balance to what I’ve cited earlier, I want to make some comments.

First, I know and deeply respect both Dan and Todd, two evangelical pastors who are in agreement about the inspiration of Scripture, the lordship of Christ and all the central doctrines of the Christian faith, even if they may lean different ways in how to approach this crisis. Dan Franklin's video does a great job addressing the problematic tone of the arguments about this among believers. Christians should certainly be able to understand and empathize with their brothers and sisters who take a different position on this, because it’s not an easy issue. From the tone he takes in his video, it’s apparent that Todd shares that same concern.

There’s a lot I’m not sure of related to this issue. But I am sure that the rush to judgment and hostility and name-calling among Christ-followers is displeasing to God (and certainly not limited to this one issue).

“If one gives an answer before he hears, it is his folly and shame” (Proverbs 18:13). A lot of people are clearly not listening to each other. The truth is, Bible verses can be cited to make opposite points. And if you listen to just one side, you’ll likely mindlessly accept it and parrot it: “The one who states his case first seems right, until the other comes and examines him” (Proverbs 18:17).

I don’t appreciate, on the one hand, the purely fear-driven approach to this issue that says, “All these refugees would kill us if we let them in!” On the other hand, I also don’t appreciate the idealistic but unrealistic approach that says, “We should let anyone and everyone into this country.” (Since if we actually did that, we would cease to be “this country” that has so much to offer the world).

The church and America are not the same. Nonetheless, historically America’s identity has had spiritual qualities, including “E Pluribus Unum” (“from many, one,” embracing both diversity and unity).  This welcoming of the needy has always been a part of our country. As Emma Lazarus wrote, cited on the Statue of Liberty,

Give me your tired, your poor,

The wretched refuse of your teeming shore.

Send these, the homeless, tempest-tossed, to me:

I lift my lamp beside the golden door.

The slogan on the Statue of Liberty has never meant that U.S. borders are open to anyone no matter what. There has always been some care taken in terms of who is allowed into the country and who isn’t. Yet, there has also been a willingness to take a measured risk of admitting people who might prove to make a valuable contribution and become loyal citizens, but might also prove to become a burden or even a threat.

We can’t be omniscient, but God calls us to both compassion and wisdom. Not all compassion involves opening our borders to all needy people—it can also involve helping them settle in other nations. Here’s an example of the biblical call to measure danger and take it into consideration in how we respond: “The prudent see danger and take refuge, but the simple keep going and pay the penalty” (Proverbs 22:3, NIV).

Yet wisdom as a value also doesn’t stand on its own—that same book of Proverbs, the greatest source of wisdom in all Scripture, says “Whoever is generous to the poor lends to the LORD, and he will repay him for his deed” (Proverbs 19:17, ESV). It also says “Those who give to the poor will lack nothing, but those who close their eyes to them receive many curses” (Proverbs 28:17). Hence, what is compassionate is also ultimately wise, because God rewards it.

Lest we think these passages only relate to giving money, the “poor” and needy aren’t just the underfinanced. There are Old Testament themes of caring for those lacking freedom and safety (Isaiah 58:6-7). Peaceful foreigners living among God’s people were to be welcomed and embraced (Leviticus 19:34). “Do not mistreat or oppress a foreigner, for you were foreigners in Egypt” (Exodus 22:21). On the other hand, sanctuary and subsidy wasn’t offered to known enemies of the state.

As Christians we are to love and pray for our enemies (Matthew 5:44), but that doesn’t mean we are called to enable people to inflict harm on our nation, churches and families. Indeed, since those who harm others will be condemned for doing so, enabling people to do harm is not loving them.

Compassion without thought and discernment has predictably bad consequences: “A prudent person foresees danger and takes precautions. The simpleton goes blindly on and suffers the consequences” (Proverbs 27:12, NLT, which repeats the earlier cited 22:3).

There’s nothing simple about being true to all these principles and passages. We must simultaneously embrace biblical teachings that stretch us to our limits in trying to achieve a balance that’s both loving and reasonable.

If we label others who disagree with us as “bleeding-heart liberals who want to sacrifice our national security” or “heartless conservatives who don’t believe in Christ’s love for the needy” then we are, ironically, guilty of lacking both compassion and wisdom not only toward the refugees, but each other.

We should act in compassion and wisdom, not one without the other. The trick is, how do we do both at once in this particular situation? While the large principles of compassion and wisdom are clear, I confess that I’m torn on the practical implications of how to balance them. It’s worth thinking and praying about because other situations have and will call upon us to figure out how to be compassionate and wise at the same time—with a compassion that doesn’t nullify wisdom, and a wisdom that doesn’t nullify compassion.

In the video below, Todd Wagner speaks of the need for vetting potential immigrants, which of course can never be 100% effective, and therefore still involves risk. But it’s a measured risk rather than a reckless one. If we are determined to eliminate all risk, we will inevitably fail to love those in dire need and collapse into the black hole of self-insulation. Reasonable steps to insure safety are one thing; isolation from the world and the needy is another.

Todd points out that our role as Christ-followers is not always the same as our country’s. My conviction is that God often calls the church, His people, to risk our lives by going to help the needy in the most volatile situations. But that doesn’t mean it’s our country’s job to take the same level of risk that missionaries have taken throughout church history. The USA’s first responsibility is to protect its citizens and provide for their safety. (This doesn’t mean taking no risks, but often will mean taking fewer risks than Christians, churches and missions organizations.) Our government’s role is different than, but isn’t inherently contradictory to, the church’s responsibility to call upon its people to take great risks for the cause of Christ.

Listen to what Todd has to say in this twelve-minute video. You don’t need to agree with all of it to realize it contains valuable insights. 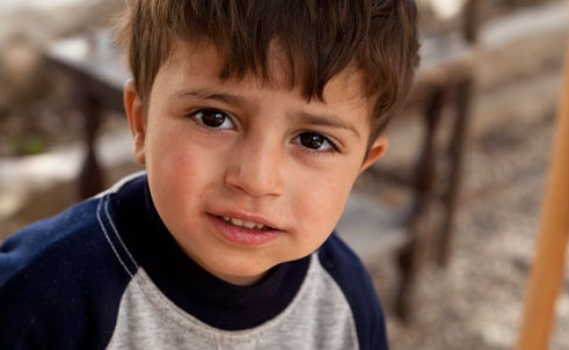 article December 28, 2016
Many of you have heard and shared about the fighting and bombing in Syria, and specifically in the city of Aleppo. While the hope is that the worst is over, the aftermath of suffering will go on. 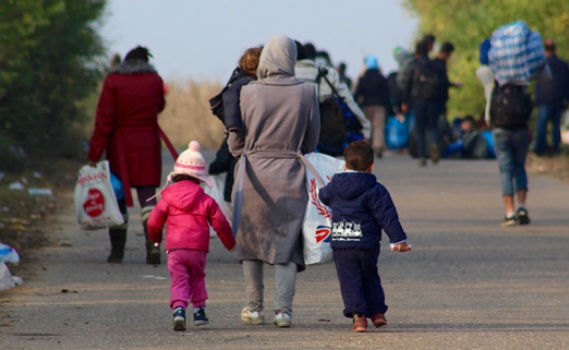 The Refugee Question, and How We’re Talking About It

video December 2, 2015
Thanks, Dan Franklin, for your excellent insights not only on the Syrian refugees, but also on the tone of the debate among believers. God, help us to be compassionate, understanding, reasonable, wise and biblical all at the same time. 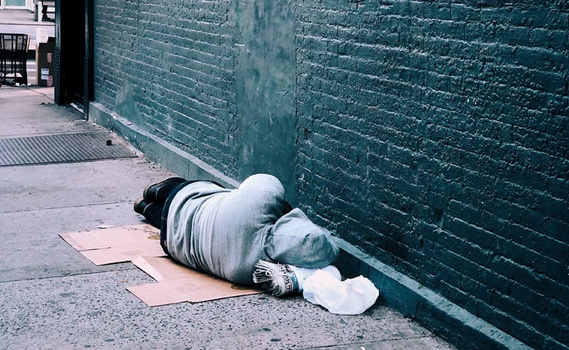 article March 18, 1993
A stubble-faced, leather-skinned vagrant approaches me and asks, “Can you spare some change?” It’s nothing new, but the last few years the faces have been getting younger, the requests more frequent and my responses less certain.
Invest in Eternity