As followers of Christ, we should view Muslims the same way we should view all people: as created in the image of God, valuable, precious in God’s sight, and therefore precious in our sight. We should treat everyone with respect and winsomely offer them the good news of salvation in Jesus.

I detest racism and religious bigotry. Nanci and I have been troubled by anti-Arab comments we’ve heard Christians make over the years. We’ve been in Egypt, where we enjoyed our time with Arab people. We’ve met Palestinians we loved and appreciated. We enjoyed staying in Bethlehem, an Arab city. I spent a day with missionary friends in Gaza and saw the great needs of normal Palestinian people, including some Christians.

Not all Arabs are Muslims and not all Muslims are Arabs. I certainly support Israel’s right to exist and defend itself. But we shouldn’t forget that about 80% of all Christians in Israel are Arabs. It isn’t just Jews in Israel we should love, but Arabs, and certainly our Arab brothers and sisters in Christ.

Having said that, I think in their attempts to combat anti-Muslim bigotry some people are misrepresenting the truth. We must avoid intolerance toward Muslims, or any people, but we should honestly recognize that there’s considerable hatred for America and Israel, and for Jews and Christians, that’s actively cultivated in mosques in various parts of the world. Past crusades conducted by professing Christians have certainly fueled this hatred. Nonetheless, it’s not entirely correct to say to the world, as I’ve heard it said repeatedly, “Islam is a religion of peace, not war; love, not hate.”

Even those who believe this hatred is justified should acknowledge that messages of extreme hatred are delivered in certain mosques, in some cases frequently. At times, this leads to recruiting suicide bombers and other terrorists.

Obviously, we should not conclude all Muslims are violent because some are, any more than we would want to be judged as Christians by the behavior of some who call themselves Christians. But poverty and the hopelessness of many Muslims has allowed their religion to be hijacked by hatred peddlers, such as the ISIS group.

By all means let’s ward off bigotry, and befriend and defend our Muslim neighbors. At the same time, let’s be honest. Categorically claiming Mohammed, Islam, and the Quran are peaceful, not violent, sounds good at ecumenical gatherings, but unfortunately it is not the whole truth. Only by admitting that some mosques incite and facilitate terrorism can we encourage peaceful Muslims to take responsibility to counteract the cancer of hatred.

We can and should love Muslims, pray for them, defend their civil rights, reach out and help them. But we can still believe their religion is false and that no matter how devoutly they practice it, without Christ they will go to Hell. We must embrace tolerance in the right sense, while rejecting the misguided “tolerance” which sees all religious beliefs as equally valid.

The same is true of Hindus, Buddhists, and our Jewish friends who do not accept Christ as God’s only sufficient sacrifice for sins. This applies to nominal Christians also. We do no one a favor by embracing a misguided pluralism that pretends all religions are the same or are equally true. We do people a terrible disservice by withholding the gospel as if religious people already have what they need.

Clearly we should have love, kindness, and mercy toward others. Yet, there are very honest differences between people of different belief systems. We must be careful to disagree with grace and respect. Just because we don’t believe the same thing doesn’t mean we should have an antagonistic attitude toward other people.

Several years ago, I had a conversation in Chicago with a taxi driver named Sayid. I admired his dedication to his Islamic faith. I agreed with his concerns about moral evils in America. And (not but) out of love for him I shared Christ with him and gave him one of my books that contains the gospel. Jesus said, “I am the way, the truth and the life; no one comes to the father but by me” (John 14:6). It’s wrong to imply that any faith, or object of faith, is as good as another. This is why I cannot speak of Mohammed as a great teacher, nor give praise to the Muslim Allah.*

We should never try to force conversions (nor could we anyway, since forced conversions aren’t real). But that’s very different than implying, through glowing words about Islam, that conversion isn’t necessary to go to Heaven. I must love Muslims and all people enough to tell them the truth about Jesus: “There is salvation in no one else, for there is no other name under heaven given among men by which we must be saved” (Acts 4:12).

This Thursday, June 18 is the start of 30 Days of Prayer for the Muslim World, a prayer focus which coincides yearly with Ramadan, an important month of fasting and religious observance for Muslims. What a great opportunity to learn about, pray for, and reach out to our Muslim neighbors, and also to pray for our brothers and sisters in Christ living in the Islamic world. (You can download a free prayer guide at www.30daysprayer.com.)  The many stories about Muslims coming to faith in Christ show that God is at work in powerful ways in the lives of Muslims in the Middle East and around the world! “The prayer of a righteous person has great power as it is working” (James 5:16).

*Note: Allah is the Arabic word for God. Arabic speaking Christian believers use the same word for God, Allah, as Muslims do. But when Christians pray, they do not pray to the Muslim Allah. They pray to the triune God (Allah) of the Bible, Father, Son and Holy Spirit. 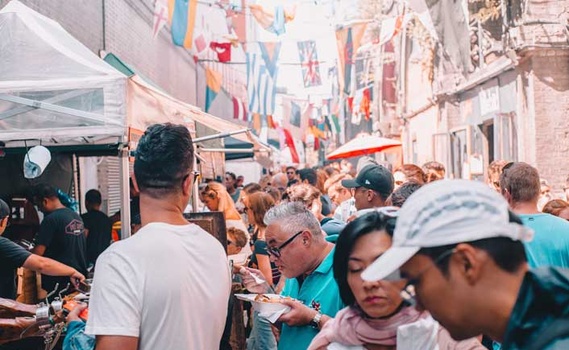 article August 24, 2018
On the New Earth we’ll never celebrate sin, but we’ll celebrate diversity in the biblical sense (though never in the twisted sense that celebrates sin in the name of diversity). So let’s get a head start now, by loving and serving people of different cultures and races. This article by EPM staff member Shauna Hernandez is an excellent reminder of why we should do so. 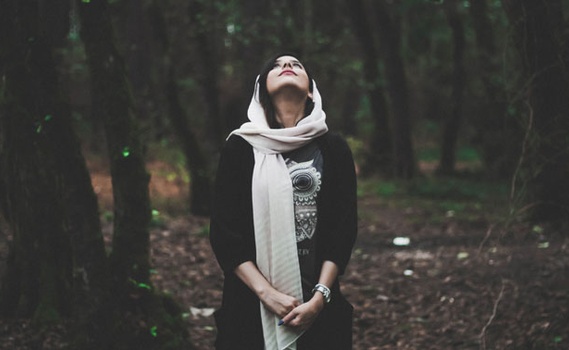 article May 18, 2018
Today’s guest blog is by Nadia (not her real name), one of many Iranian women who’ve been touched by the liberating and restoring love of Christ. 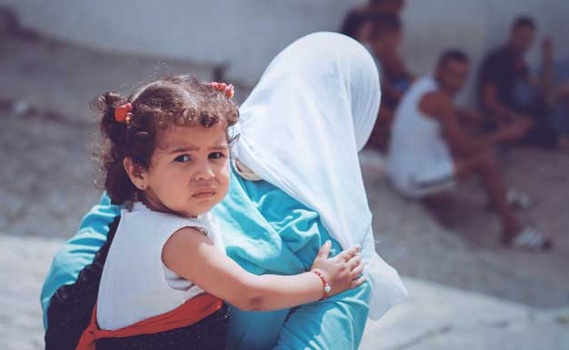 article February 5, 2018
Greg Livingstone, founder of Frontiers, a mission to the Muslim world, has written a great article on Muslim conversions.
Invest in Eternity