New Discovery: We Live in a Supercluster of Galaxies with a Hawaiian Name

From childhood I’ve loved astronomy. Night after night I would gaze at the stars, clueless about a Creator, but longing for something more. I yearned for something bigger than myself.

One night I discovered the great galaxy of Andromeda, with its trillion stars, 2.5 million light years away. I was filled with awe. I longed to go there and explore its wonders, and lose myself in something greater than I was.

My wonder was trumped by an unbearable sense of loneliness and separation. I wanted to worship, but I didn’t know who. I wept because I felt so incredibly small. Unknown to me, God was using the wonders of the universe to draw me to Himself. As Romans 1 says, I was seeing in what He had made “his invisible attributes, his eternal power and divine nature.”

One night several years later, I opened a Bible and saw these words for the first time: “In the beginning God created the heavens and the earth.” And then I read verse 14, the greatest understatement ever: “He made the stars also.” A universe one hundred billion light years across, containing countless trillions of stars, and the Bible makes them sound like a casual add-on!

The celestial heavens declare God's glory (Psalm 19). There is so much we don't know, but astronomers are always discovering something new for which God deserves the credit. Here's one of the latest. Did you know that you live in a place, a super cluster of galaxies, named Laniakea? Learn more over on the Huffington Post. 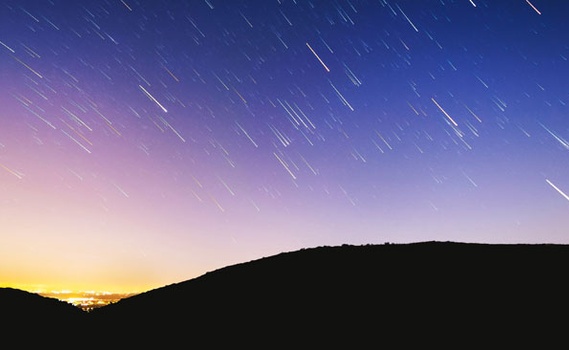 article November 18, 2011
Astronomy has been my hobby since childhood. Years before I came to know Christ, I was fascinated by the violent collisions of galaxies, explosions of stars, and implosions into neutron stars and black holes.
Invest in Eternity