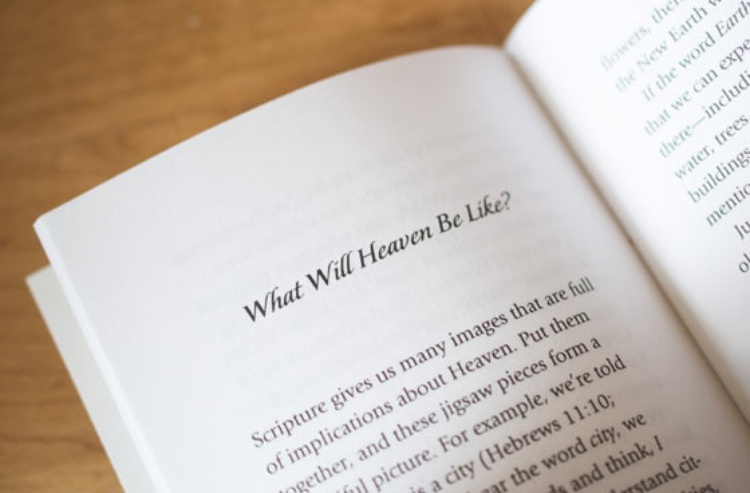 I’m writing this blog ten minutes after two nicely dressed Jehovah’s Witnesses came to my front door, a young man and a young woman, both in their twenties. I asked them who they were with, though I knew before asking, and the young woman said, “Jehovah’s Witnesses.” Many years ago it was hard to get a straight answer from them, but that has changed.

As I always do, I gave them my Heaven booklet (find single copies or (Packs of 20 at our online store). I keep several copies at my front door for such visitors, as well as sales people, delivery people and anyone else I don’t know who drops by. As they walked away down the street I prayed for them, and saw the young woman open it and flip some pages. My hope is that they would see the parts about the New Earth, something Jehovah’s Witnesses talk about far more than evangelical Christians do. Of course, I don’t agree with everything they believe about the New Earth, and nothing they say about the basis of their salvation, but the subject of the New Earth is an entry point and a way of getting their attention.

I hope the following story will encourage you not to give up on people who are Jehovah’s Witnesses, Mormons or anyone who is part of a pseudo-Christian or non-Christian cult or group.

Thirty years ago, when I was a young pastor, a friend and member of our church told me of a woman named Diane who was not only a Jehovah’s Witness, but who also trained other Jehovah’s Witnesses on what to say and how to persuade people when they go door to door. My friend said to me, “Randy, you’ve got to meet this woman. We’ve been talking, and she’s got all her Jehovah’s Witness ideas. Would you be willing to meet with her?”

Here was my response, which I’m not proud of: “I really don’t want to meet her and here’s why: I’ve met with numbers of Jehovah’s Witnesses and numbers of Mormons, and nothing ever comes out of it. We sit down, and I open the Bible. I start talking to them, and they’re always all over the place, interjecting all the unbiblical stuff they’ve been taught and not listening. I really don’t want to do it.” (Cleary, I had a bad attitude about meeting with this woman!)

Finally he said, “Come on, I’m a young Christian and I just don’t know what to say to her. Please meet with her.”

So I begrudgingly agreed, “Okay.”

I went into this meeting with a lousy attitude. I suppose I prayed that God would speak through me, and help me connect with her in a loving way, but I certainly didn’t believe that He actually would answer that prayer!

She looked at me and said, “Okay, that’s fine, because I do believe the Bible.”

I thought, Yeah, yeah, yeah. You say that, but what’s going to happen as soon as I open it up?

I turned first to John 1:1, thinking I know how she is going to respond, because this is a key passage that Jehovah’s Witnesses are trained to reinterpret in a way that denies its clear meaning. So I read it: “In the beginning was the Word, and the Word was with God, and the Word was God.” I quickly traced the flow of the text down to John 1:14 and read, “The Word became flesh and made his dwelling among us. We have seen his glory, the glory of the one and only Son, who came from the Father, full of grace and truth.” I showed how the context makes it absolutely clear that the Word who was God in verse 1 was the Jesus who came into the world in verse 14.

Knowing she’d been taught that the verse really meant Jesus was A god not THE God, I said, “From studying Greek in college and discussing this with Greek professors, and the Greek commentators I’ve read, here’s what they say about this passage…. ” What they were saying is that the verse should be translated as virtually every translation does except the Jehovah’s Witness Bible (New World Translation): “the Word was God,” not “a god.”

Then I turned to John 8:58 (“Before Abraham was, I am”) and set up the whole context. I looked at the Titus 2:13-14 which says, “We wait for the blessed hope—the appearing of the glory of our great God and Savior, Jesus Christ.” I told her that the word God and the word Savior, in the original, clearly both refer to Jesus. I took her to at least a half dozen other passages that teach the deity of Christ.

Then I said, “Diane, what does it seem to you like the Bible is saying about Christ?”

She said, slowly and deliberately, with a sort of stunned look on her face, “It sounds like it’s saying that He’s really God.”

I’m thinking, Okay, she’s just going with me for the moment. Then it’s going to collapse at the end when she comes back with all her Jehovah’s Witness stuff.

We went through Scripture for about half an hour, and then I looked at her and asked, “So, bottom line, what do you think based on this? Not what you’ve been taught as a Jehovah’s Witness, but what do you really think God is saying about Jesus in the Word?”

She responded, “Well, I think it’s saying that I’ve been wrong, and that Jesus is God.”

I shared the Gospel with her, and she prayed and gave her life to Christ. She was disowned by her Jehovah’s Witness family and was baptized in a Christian church, and last I knew she was walking with Jesus.

The moral of the story: don’t give up on people who are in cults. Yes, there is a time when you realize it isn’t productive to keep talking with a person who seems never to listen to Scripture. Maybe you’ve tried and tried to witness to your Mormon or Jehovah’s Witness friend. And you think, I’ll pray for them, but it’s going to take a miracle of grace to break through. But it’s always a miracle for someone to come to faith in Christ. And God does those miracles, sometimes when we least expect him to.

God taught me a very valuable lesson that day. There’s no question in my mind that it was not my wit, wisdom, or good attitude (which had started out bad) that won this woman to faith. It was the power of God’s Holy Spirit at work in her life. 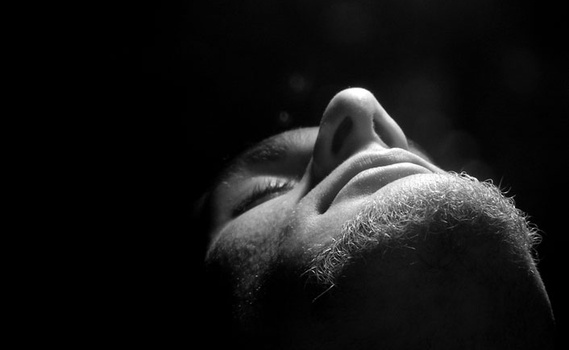 What Would You Say to Someone Who Doesn't Believe Jesus Is God?

video May 21, 2012
Someone can say they disagree with John 1:1 or that interpretation, but they are disagreeing with what the Bible clearly says. We know this because Jesus’ deity is evident not only in this verse, but also repeatedly in the gospel of John.
Invest in Eternity