Note from Randy: Please understand that what follows is not intended as an endorsement for Carly Fiorina or anyone else. However, my position has long been, and still is, that I will not vote for any candidate of any party who defends the freedom to kill innocent unborn children. (Also, please note a graphic picture of the results of abortion is included in this blog.)

Republican presidential candidate Carly Fiorina ignited a firestorm when at CNN’s Republican primary debate last month she challenged President Obama and Hillary Clinton to watch the Center for Medical Progress (CMP) video exposés on Planned Parenthood and referred to a specific part of one of the videos:

“Watch a fully formed fetus on the table, its heart beating, its legs kicking, while someone says, ‘We have to keep it alive to harvest its brain.’ This is about the character of our nation, and if we will not stand up and force President Obama to veto this [Planned Parenthood defunding] bill, shame on us.”

Following the debate, the media claimed her comments were false, there was no such video, or the video portrayed a miscarriage, and not an abortion. So were they correct? 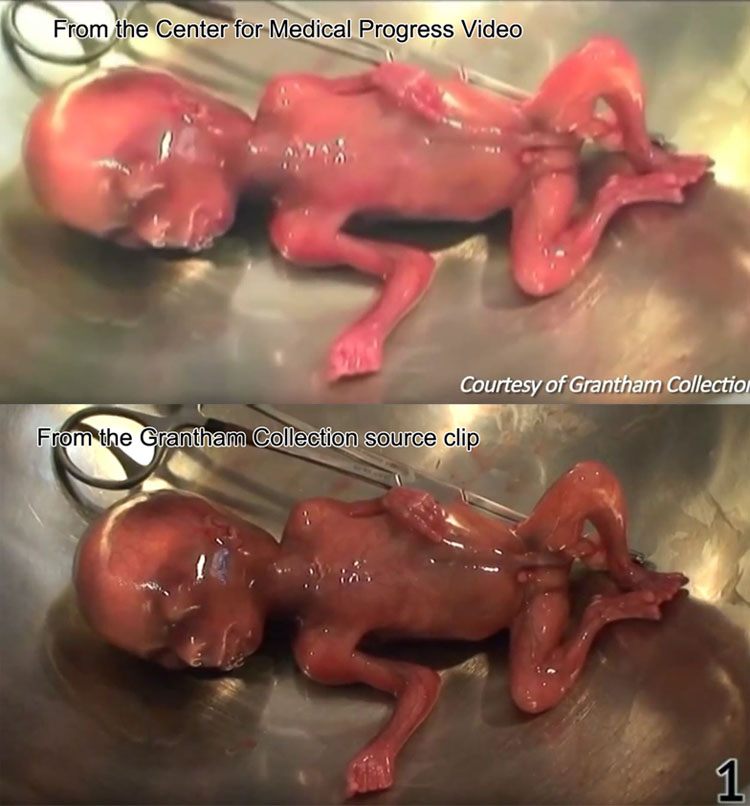 Ms. Fiorina was referring to a Center for Bio-Ethical Reform (CBR) video depicting a few seconds of a 17 1/2 week fetus, still alive and moving, following an intact-delivery abortion. Here we post the entire unedited video. The total running time is approximately 13 minutes and the video is in five segments as the camera operator turns the camera on and off.

CBR and the Center for Medical Progress (CMP), in whose undercover Planned Parenthood investigative video the CBR abortion footage appears, have been falsely accused of misrepresenting a miscarriage as an abortion. The first segment of the unedited video depicts the abortion itself, with the baby delivered alive and struggling in the abortionist’s gloved hand. Segments 2 and 3 depict the baby still moving in a stainless steel pan after repeatedly being handled abusively by the abortionist. Segments 4 and 5 are static gynecological shots of the baby’s mother.

This unedited version of the disputed footage proves incontestably that this termination is an abortion. Mothers at risk of miscarriage present at hospitals, not abortion clinics. Hospitals are in the business of sustaining pregnancies and saving babies. Abortion clinics are in the business of terminating pregnancies and killing babies. This video depicts a termination and the subsequent abuse and neglect of a preemie obviously delivered alive. No attempt is made to provide the neonatal intensive care a hospital would extend to a wanted baby. It is possible that the abortionists performing this termination violated both state and federal law by withholding care from a baby who survived an abortion.

Ms. Fiorina made reference to a baby’s heart still beating while its brain was being harvested (a process which Planned Parenthood’s senior director of medical services calls “digging”) and a former StemExpress “procurement technician” says, “I’m sitting here and I’m looking at this fetus and its heart is beating, and I don’t know what to think” (National Review, August 19, 2015).  The article adds that “… her StemExpress supervisor instructed her to cut through the face of the fetus in order to get the brain.”

The unedited version of the abortion depicts an intact-delivery termination and Planned Parenthood partner StemExpress admits through its CEO (Cate Dyer), “Oh yeah, if you had intact cases, which we’ve done a lot, we sometimes ship those back to our lab in its entirety …” (The Daily Signal, August 21, 2015).

Ms. Fiorina’s characterizations are not hyperbole.

The terms of our abortion clinic access agreements explicitly forbid us from disclosing any information which could identify the abortion providers from whose clinics we obtain imagery. Dates, locations, affiliations and staff and patient information are confidential. Violating these prohibitions could subject CBR to legal liability and jeopardize clinic access for current and future projects. We are even obligated to delete the audio track on all of our videos.

Gregg provided further rebuttal of the false claim that the video depicts a miscarriage:

Medical malpractice lawsuits have become so common that OB/GYNs practice defensive medicine.  They protect themselves by over-diagnosing, over-treating and over-prescribing.  No doctor delivering this baby as a preemie in a hospital would fail to provide neonatal intensive care.  Even if he had no compassion for the baby or his parents, he would provide care to avoid being sued for negligence.  Warren Hern, in his book "Abortion Practice" warns of the difficulty in estimating fetal ages.  A baby moving as vigorously as this one is presumptively entitled to care and would receive it—unless the attending physician is an abortionist, which is the case here.

Miscarried embryos and fetuses are virtually all still births involving a baby who expired in the uterus and was later born dead.  A preemie in a hospital is born alive and given intensive care—not slapped around in a pan as happened here with a baby who survived the abortion depicted at the beginning of the video.

It’s worth saying that Carly Fiorina’s comments about the video could use further clarification:

Carly Fiorina appears to have conflated the video of the fetus with the story [of harvesting an aborted child’s brain] being told by O’Donnell [the former StemExpress “procurement technician”] at the same time. It’s fair to say Fiorina’s description was incorrect to the degree it treated both incidents as relating to one fetus; however, both the brain harvesting incident and the video of a fully formed, kicking fetus are real. [i]

I’m grateful for those, including Carly Fiorina, who are speaking up for the unborn (Proverbs 31:8-9) even when it’s unpopular to do so. May we continue to do likewise. 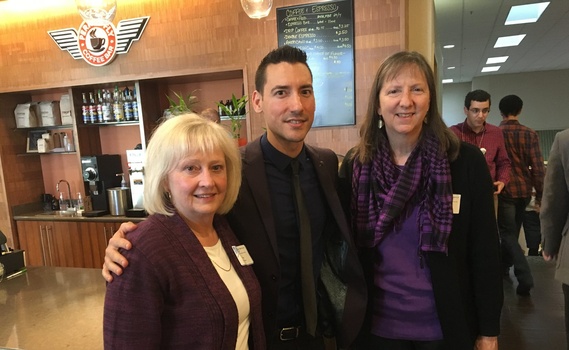 article May 18, 2016
Readers of my blog are likely familiar with the controversy surrounding the undercover videos from The Center for Medical Progress, which I posted about last year. I hope you’ll read today’s blog to get an update on David, who led the investigation, and consider how you can help by continuing to share the truth about Planned Parenthood and the evils of abortion.
Invest in Eternity