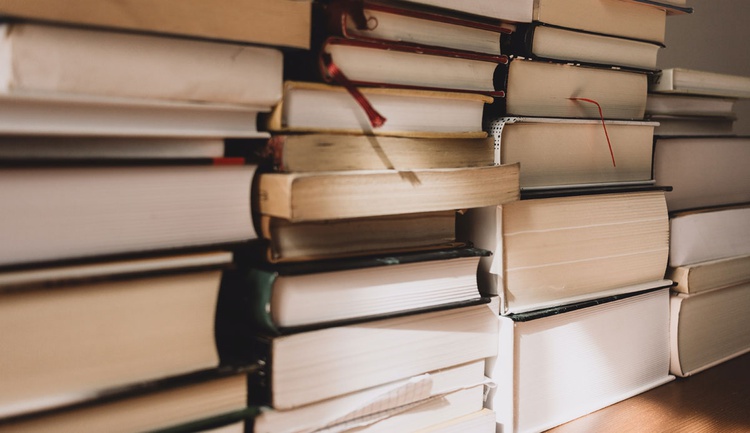 I recently answered some questions from Ivan Mesa with the Gospel Coalition for his “On My Shelf” feature.

What's on your nightstand right now?

I don’t keep books on my nightstand, but I have two equivalents: a book table by the living room recliner, and another by my office chair. Here’s what’s on them, besides the Bible:

Audio books I’m currently listening to (on my Android Note 4):

What are your favorite fiction books?

What biographies or autobiographies have most influenced you and why?

What are some books you regularly re-read and why?

I do re-read some books, though there aren’t many I read more than two or three times.

I’ve read Tozer’s The Knowledge of the Holy several times, as I have Lewis’s Space Trilogy and The Chronicles of Narnia, as well as Mere Christianity and The Screwtape Letters, Tolkien’s Lord of the Rings trilogy, and Calvin Miller’s Singer trilogy. I’ve read the complete Sherlock Holmes several times too, both the printed and audio versions.

Another old favorite is Francis Schaeffer’s He is There and He is Not Silent. I’ve found myself reentering Knowing God by J.I. Packer, which had a huge impact on me when I read it the year it came out. I’ve also gone back to Piper’s Desiring God, The Joy of Fearing God by Jerry Bridges and Kingdoms in Conflict, by Chuck Colson.

I’ll frequently revisit Spurgeon’s writings, including his sermons, though he wrote so much it’s hard to call it “rereading,” since by now I’m not sure what I’ve read and what I haven’t!

I’m currently rereading some of the old comic books I grew up on, which are now in Archive and Omnibus volumes—a blast from the past! Legion of Super Heroes, Justice League of America, Fantastic Four, The Flash, Green Lantern. Very fun.

What books have most profoundly shaped how you serve and lead others for the sake of the gospel?

Well, it’s not The Flash or Fantastic Four. :)

Five years ago a friend and I had lunch with Bruce Ware, who teaches theology at Southern Seminary, and Gerry Breshears, theology prof at Western Seminary in Portland.

Bruce asked me, “Randy, of all books besides the Bible itself, what book has had the greatest influence on your life?” And I said, “That’s easy. Without a doubt it’s A. W. Tozer’s book The Knowledge of the Holy.”

Bruce smiled and said, “You’re kidding. That’s the book that has had the biggest influence on my life!”

And then Gerry Breshears said, “Okay, this is crazy. That’s my number one book too!”

If you haven’t read The Knowledge of the Holy, I encourage you to. (Or listen to the excellent audio read by Scott Brick, only 4.5 hours.) Give God a chance to use it in your life as he has in so many others. It’s a short book, written by Tozer with extraordinary concision and power. Early on it says, “What comes into our minds when we think about God is the most important thing about us.” Utterly true, and with incredible life-shaping impact.

What are you learning about life and following Jesus?

Much of what I’m learning is directly connected to the biblical and historical research I’ve done the last three years for my book Happiness. I studied all the Hebrew and Greek happiness words used in Scripture (primarily 22 Hebrew words and 16 Greek), including those rendered joy, gladness, delight, and pleasure, and also studied the happiness-related themes of celebration, feasting, etc.

The sheer quantity of what Scripture has to say about being glad in God is overwhelming. The biblical and historical affirmation of God’s happiness, while not a new concept to me, has had a profound effect on my own thinking by sheer volume and weight. I’ve been saturated with this and it’s influenced my worldview, creeping into daily little things, including the sheer delight I take in God’s creation, everything from my Golden Retriever to bike rides with my grandsons.

As I walk with God, He calls me to enter into a happiness within and between Father, Son and Holy Spirit, a happiness that preexisted the universe itself. And though the ultimate entrance into His happiness awaits us after death (Matthew 25:21), God calls us not to wait until we die to experience the wonder and celebration and gladness that overflows us, but to experience it here and now in a fallen and cursed world that doesn’t revoke happiness but will ultimately result in greater eternal happiness.

I keep pondering how Heaven will overflow with happiness because God himself overflows with happiness. It is not a fairy tale that we will live happily ever after. Our Creator and Redeemer’s happiness guarantees a happy ending to the story that will never end.

I have found myself daily frontloading into the present the promises of eternal joy, and letting that color my view of daily events. It’s been a truly Christ-centered and happy-making experience.

Photo by freestocks on Unsplash 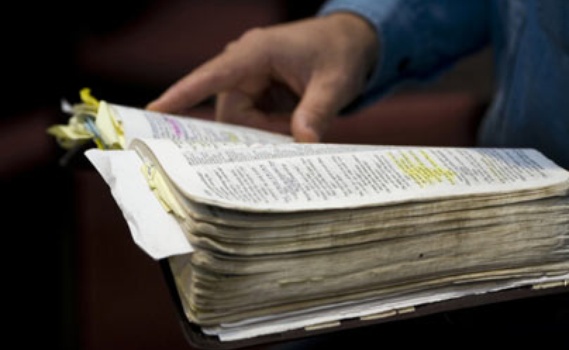 article February 20, 2013
My normal approach to Bible study is to pore over texts that relate to something on my mind and heart. Sometimes this has been prompted by my research on current book projects. 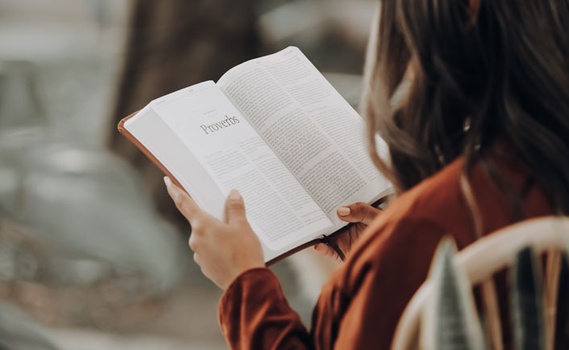 Will There Be Books and Reading on the New Earth?

article August 24, 2012
It’s likely that books will have a greater role in our lives in Heaven than they do now. The libraries of the New Earth, I imagine, will be fantastic.
Invest in Eternity