In this excerpt from my novel Deception, Detective Ollie Chandler, who is an unbeliever, has some tough questions about Christianity for his friends Jake and Clarence, both followers of Christ. Ollie is the viewpoint character, so he speaks from his perspective: 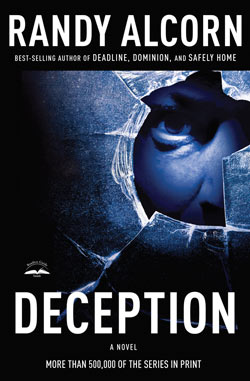 I decided to stir things up.

“Why would anyone want to go to heaven? When my grandmother spoke about heaven, it was the last place I wanted to go. Who wants to be a ghost anyway? My idea of utopia was a place like earth, where you could have fun and ride bikes and play baseball and go deep into the forest and dive into lakes and eat good food.”

“Sounds to me like the new earth,” Clarence chimed in from the backseat.

“Exactly,” Jake said. “The Bible says the heaven we’ll live in forever will be a new earth, this same earth without the bad stuff. God doesn’t give up on His original creation. He redeems it. And we’ll have these same bodies made better. The Bible teaches the exact opposite of what you’re saying—we won’t be ghosts. We’ll eat and drink and be active on a redeemed earth.”

“So you’ll still be Jake Woods?” I asked.

“Yeah—without the bad parts. We’ll be able to enjoy creation’s beauty and rule the world the way God intended us to. Baseball and riding bikes? Why not?”

Clarence leaned forward. “The thing you want is exactly what God promises. Earth with all the good and none of the bad. Heaven on earth.”

“Wish I could believe that.”

“Same song, different verse. A world of injustice and suffering is part of it. Another part is hypocrite Christians.”

“Okay,” Jake said, “suppose there is a God and Jesus really died on the cross for people’s sins. Suppose He rose from the grave and offers eternal life to everybody who trusts Him.”

“And suppose there really is a devil. Now, if you were the devil, what would you do to keep people from believing in Christ?”

“Never thought about it.”

“You’re blaming the devil for what Christians do? Like the Crusades?”

“I’m saying the devil’s behind lots of evil, yeah, but so are people. And I’m saying people can claim to be Christians even though they aren’t. And sure, people can be real Christians and mess up, big time. But true, humble followers of Jesus are everywhere, and if you knew them, Ollie, you’d be drawn to Christ. If not for Clarence’s sister being murdered, you’d never have met Obadiah Abernathy [Clarence’s dad]. You wouldn’t have been touched by him because you wouldn’t even know he existed.”

“Actually,” Clarence said, “there are plenty of good-hearted, humble, and lovable Christians like my daddy. All the attention falls on false Christians or loudmouths or hypocrites. But the gospel’s about Jesus.”

“The fact remains: Some Christians are mean and hateful. I’ve met them.”

“So have I,” Clarence said. “Read some of those Christian blogs, and look at how they love to gang up on people, kicking them with their words when half the time they don’t know what they’re talking about.”

“Christians can be jerks,” Jake said. “We’re unanimous on that one. Sometimes they’re just nominal Christians. Other times they may be real Christians full of flaws. I have plenty myself.”

“I still don’t want to be associated with judgmental hypocrites.”

“It’s pretty judgmental to call all of us Christians hypocrites, isn’t it?” Clarence asked. “Speaking of which, if you discovered other detectives were withholding evidence because they thought it had been planted against them, wouldn’t you say they were wrong for covering it up?”

“By your own standards you—Oliver Justice Chandler—have been unjust. That’s hypocrisy, isn’t it?”

“You claim to love justice, don’t you? Yet you violate standards of justice. Lots of people, including you, don’t live consistently with what they profess to believe. Christians don’t have a monopoly on hypocrisy. The justice you believe in is good, even when you violate it, right? Well, the Jesus that Christians believe in is good, even when we violate His teachings. Even when we’re hypocrites.” 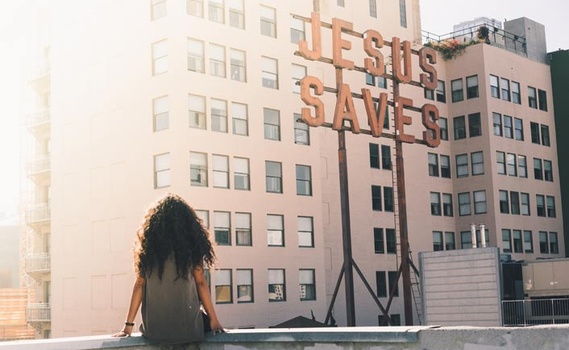 We need to explain to our unbelieving friends that it makes no sense at all to reject Jesus because some of His followers, including us, can sometimes be hypocritical. What, after all, is the gospel all about? Is it about us? No! 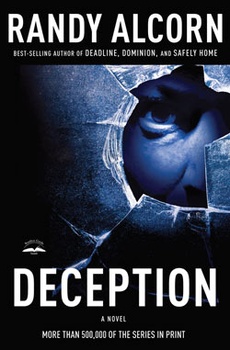 Recently someone mentioned on my Facebook page that he was reading Deception and laughed his way through the chapter where the main character Detective Ollie Chandler interviews an eccentric lady named Becky Butler. 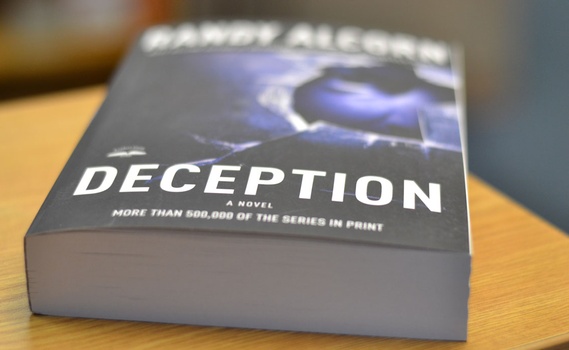 Deception is a first person murder mystery told by wisecracking and lovable homicide detective Ollie Chandler. It was a fun book to write, though it took a lot of time and effort.
Invest in Eternity