Pray for Our Brothers and Sisters in Russia, As They’re Losing Their Liberties

In 1991, my friend Steve Keels and I traveled to the Soviet Union, where we had the opportunity to observe believers enjoying the new freedoms to exercise their faith. Lenin’s pictures on statues were everywhere, yet on “Lenin’s Day,” his birthday, we had the privilege of going into the public schools and sharing the gospel ten times in ten different schoolrooms, as well as passing out Bibles. We were told this had never happened in that Ukrainian city. Soviet children listened intently as we told them about the one who died for their sins and is coming to set up a kingdom that will not leave them where Lenin left them—empty, hungry, and without hope.

A city newspaper editor asked to interview us. He asked why we had come to their city, and we responded by giving him a Bible and sharing the gospel. He asked me, “What special words would you say to the people of our city?” He wrote down every word as I replied, “I would encourage them to look to Jesus Christ to fill the emptiness they have inside—and not look to material or political solutions to their ultimate needs, which are spiritual.” We were able in this interview to reach tens of thousands of people with the gospel through a paper that until recently was a propaganda tool of an atheist government.

While this happened in the Ukraine, we also widely distributed Bibles in Russia, not knowing that within eighteen months of our visit the USSR would collapse. At that same time the USA was becoming increasingly restrictive with religious liberties. I vividly recall thinking, “There is now more openness to the Gospel, and opportunity to share it publicly in the Soviet Union than in the United States of America!”

While the USA has seen its religious liberties continue to gradually erode, just twenty-five years after we saw the amazing emergence of freedom in Russia, things have taken a dramatic downward turn for believers there. WORLD reports that:

A Russian pastor who is a friend of our ministry confirmed this to us, and made these further comments:

Considering that many evangelical churches do not own church buildings, are currently renting different culture houses for their meetings, while experiencing ongoing and ever strong resistance from the powers that be, all of their activities will soon be completely outlawed. Abiding by this law will bring our congregation to a sole purpose—to survive another Sunday. And the choice to exercise our God-given freedom will be considered a criminal offense.

…And, the epitome of it all is the requirement for anyone, who is aware of those “violations”, to REPORT on neighbors, friends or family. NON-ACTION will be viewed as another kind of criminal offense.

Christianity Today also reports that “Foreign visitors who violate the law face deportation. Russia has already moved to contain foreign missionaries. The ‘foreign agent’ law, adopted in 2012, requires groups from abroad to file detailed paperwork and be subject to government audits and raids. Since then, the NGO sector has shrunk by a third, according to government statistics.”

Our friend in Russia asks that we keep Russian believers in our prayers, and that we pray not just for their safety, but for courage to do what is right in the face of trials and tribulations. Though the Russian church may never enjoy the freedoms they’ve had the past two and a half decades, may they be encouraged that Christ’s gospel is bigger than every obstacle.  And may those of us in America—who also may continue to lose our religious liberties—be encouraged by the same.

“Therefore let us be grateful for receiving a kingdom that cannot be shaken, and thus let us offer to God acceptable worship, with reverence and awe” (Hebrews 12:28). 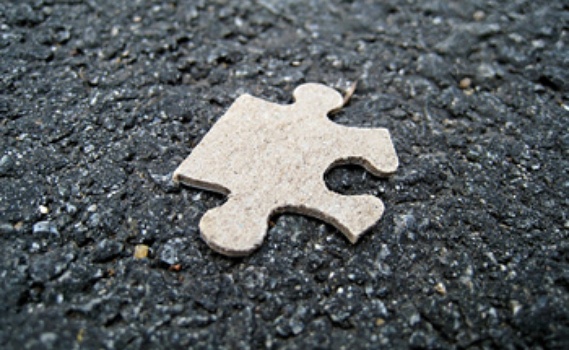 article November 14, 2012
I received this letter from a friend, Andre, who is a pastor in Russia. It’s a matter of great concern.
Invest in Eternity