Should God’s People Want to Be Both Holy and Happy? 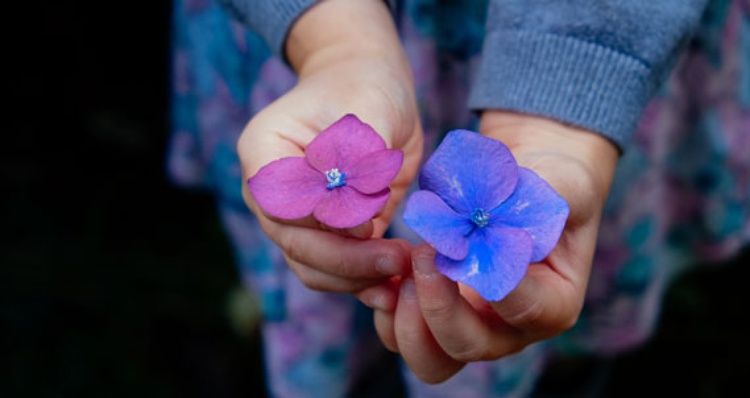 Earlier this year I did an interview with Christianity Today. Among other things, we talked about how happiness and holiness don’t have to be seen as in conflict.

How did you decide to write a book on happiness? Did your book Heaven inspire an interest in the topic?

After writing Heaven, I heard many stories about the losses of loved ones. People were asking, “How can I be happy”—they probably wouldn’t use that word because it sounds so unspiritual—“when my seven-year-old has just died of leukemia?”

I began to think more and more of Paul’s letter to the Corinthians, when he describes himself as “sorrowful, yet always rejoicing” (2 Cor. 6:10). He doesn’t say “rejoicing, yet always sorrowful.” It’s rejoicing that’s the constant, even as this leaves plenty of room for sorrow and struggle.

Something would be terribly wrong if we weren’t grieving for this world and those who suffer. But is it okay to be happy when we live in a world of hurt? And beyond that, is it actually God’s calling? Because if God commands us to rejoice, He must empower us to rejoice. He must want us to be happy. That’s what got me interested in God’s happiness. Is God happy? Can He be happy when He sees so much sin in the world, when He knows what His Son endured on His behalf, when He sees the persecution of His people? Can we?

Clearly, the answer is yes.

Those questions motivated me to go deeper into Scripture and to see what people through the ages have said about happiness, especially the Puritans. The average life span of their children was so short. It wasn’t uncommon for a woman to bear 12 children and see only four of them survive into adulthood. They lived in hardship we can’t imagine. And yet they sincerely affirmed the loving, sovereign hand of God and the ultimate happiness of His people.

You argue that happiness is just as central to the Christian life as holiness. What’s at stake if, as you say, we mistakenly believe that holiness comes at the expense of happiness or vice versa?

Augustine, Anselm, Aquinas, the Reformers, and Pascal have said that all people seek happiness all the time. Nobody has ever said that all people seek holiness. If we set happiness and holiness against each other, then we assure that our children, our grandchildren, and the people in our churches and communities choose a version of happiness that is in contrast to holiness. This will put them on the other side of the plan of God and guarantee, ultimately, that they will not only be unholy but also unhappy. To pit these two against each other is like saying, “If you want holiness, you want the church; if you want happiness, you want the world.” The stakes are huge.

Jesus really did say, “Happy are the peacemakers.” He really did say, “Happy are those who are reviled and persecuted for my name’s sake, for great is their reward in heaven.” In other words, we can enjoy a happiness that is based on the eternal pleasures and joys that God has in store for us. The gospel is that good news of happiness and holiness.

A recent book on C. S. Lewis, J. R. R. Tolkien, and their fellow “Inklings” described these writers as “guilty of the heresy of the happy ending.” Why are happy endings so culturally suspicious?

Every great novel, every great story, every great drama is a reflection or shadow of the unfolding drama of redemption—God’s great story. That story has an incredibly happy ending. For those who have embraced the redemptive work of Jesus, we really are going to live happily ever after.

And of course that belief is repugnant to some people. Happy endings are suspicious because sometimes they seem devoid of realism and authenticity. But it’s also interesting to note that about 10 years ago, maybe 15, the word “redemptive” turned into a favorable word for reviews in places like The New York Times. Historically, what does the word really mean? Well, you can’t disconnect it from its basis in the Christian worldview.

Whether it’s conscious or unconscious, people are paying a (maybe backhanded) compliment to the gospel. The components of the story they call redemptive reflect the great story of Jesus. That’s why Peter can say that we are looking forward to a new heaven and a new earth—in which righteousness dwells, in which righteousness is at home (2 Peter 3:13). It changes everything.

You make use of extensive linguistic evidence to recover the proper meaning of words like “happy” and “happiness.” Can American Christians learn to separate happiness from selfish, unholy pleasure?

It is going to be difficult to overcome, for sure. I know these misconceptions are out there: that God is interested in our holiness, not our happiness; that joy is the opposite of happiness; that joy isn’t an emotion. They are a major influence on evangelical belief, and they aren’t based on Scripture on all. So how does one turn that around? My thought was to influence pastors, church leaders and thoughtful lay leaders, who can create a tipping point.

Truthfully, I faced the same challenge when writing Heaven. I knew I was facing the common misconception of Heaven as a disembodied state. What I really wanted to explore in the book was the idea of resurrection, the New Earth, the physicality of our eternal life, eternal life with animals—all of these things, which are solidly scriptural.

We undersell people’s thoughtfulness and their ability to grapple. The parallel between my books on Heaven and happiness is really strong: For both, there are these widely held misconceptions, but there is also a huge bulk of biblical, historical, and linguistic evidence that argues against them. I want to strategically reach some people of influence and help change their thinking. But even for those who aren’t going to speak or write, I hope that they can experience a greater happiness in Christ.

How can a right understanding of happiness influence our approach to evangelism?

There is a chapter in the final section of the book on feasts, festivals, and celebrations. I think these give us opportunities to practically cultivate a sense of the good news of happiness in our Christian communities, churches, and families.

Here’s something I propose in the book: The United Nations voted to declare March 20 the International Day of Happiness. Wouldn’t it be great if Bible-believing, evangelical Christians were the first to put that day on the calendar and declare a day of feasting? Great food, great drink, partying, games for the kids. We could invite the community, wave the flags of various nations, welcome people from all different ethnic and national backgrounds, and just invite everyone to come eat and drink and have fun.

We don’t have to give them all a tract—though of course we can explain the Bible’s good news of happiness, that God sent His Son Jesus into the world. But it isn’t just a means to that end. You could take most of the outreach plans and programs of many evangelical churches and reach more people and give more people a favorable view of the gospel by celebrating a day like this. And then, when our kids are in their college dorms and hearing about all the stuff that can supposedly make them happy (drugs, sex, changing their worldview because Christianity is so negative and intolerant), they might remember amazingly great times of celebration alongside people of every tribe, language, worldview, and faith. That would go a long way toward dissolving the unfortunate notion that church is an unhappy place.

Throughout the book, you encourage readers to form habits of happiness. Aside from more obvious spiritual disciplines (like reading your Bible), what are one or two habits that have been most important for you?

Learning to enjoy creation on a higher, broader, and deeper level is probably the most important. As an example, I like to travel and snorkel and do underwater photography. I remember one of my first experiences snorkeling. I saw this amazing fish and heard a startling noise. I realized after it happened that it wasn’t the fish, but the sound of my own gasping. The snorkel was magnifying the sound. I was literally gasping, but I wasn’t aware because I was so lost in the beauty and the colors.

I love beholding the beauty of sea turtles. I watch them, studying their tranquility and the ease with which they move in the water. I love hearing the sound of whales in the water. Wow. You dive down 10-15 feet, and all you hear is whales. You can’t hear any sound from the surface. They’re singing, and it’s like a concert. I admit that sometimes I have to surface, take off my mask, and wipe tears from my eyes.

I came to Christ as a high school student and read verses like 1 John 2:15, which say we should love not the world. I thought this meant that loving nature would be wrong, that it would be idolatry. But then I eventually came to read people like Jonathan Edwards, who often talked about taking walks and looking at the animals, trees, and flowers. Nature helped him to worship and love God. So that’s been huge for me. And I think this is what Ann Voskamp has captured in her blog and her book, One Thousand Gifts. It’s the simple observation of God’s creation. This has resonated with so many people partly because we don’t typically hear that sort of thing from people who read the Bible. 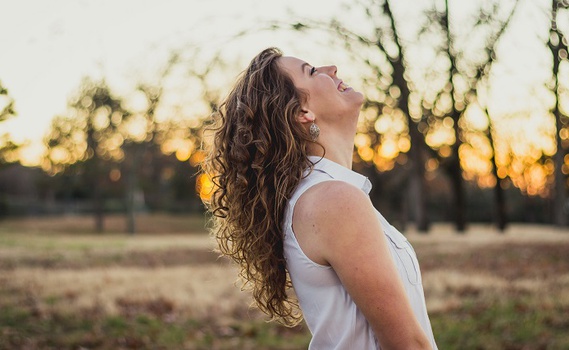 God Invites Us into His Happiness

article November 21, 2022
When the gospel is viewed primarily as laying burdens and obligations on people, the Good News gets buried. Burdens and obligations are not good news; good news is about liberation, deliverance, newfound delight, and daily celebration. Sure, duty is real and the gospel calls us to a life of obedience, but it’s glad duty and joyful obedience. 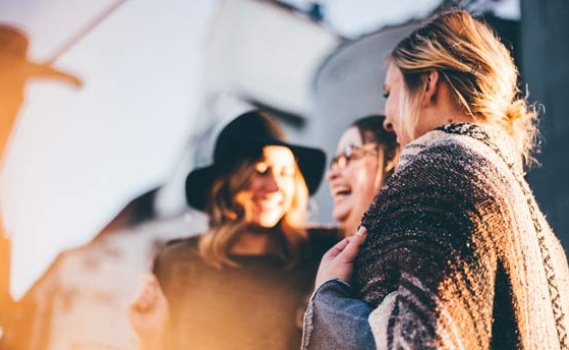 How Do Most People Respond to What You’ve Written About Happiness?

article October 13, 2017
I find that most Christians are surprised but open to these ideas about happiness, including that God is a happy God and offers us His own happiness. Yet some remain doggedly determined to believe and teach that God doesn’t want His children happy and happiness is inherently wrong. This is so strange, because what loving father doesn’t want his children full of joy and happiness, in the right sense? 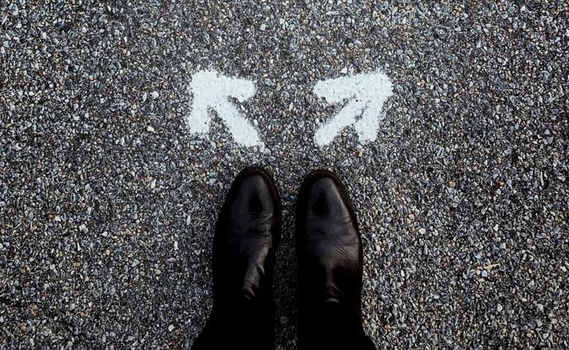 Why We Don't Need to Choose Between Happiness and Holiness

article October 30, 2015
As a young pastor, I preached, as others still do, “God calls us to holiness, not happiness.” It all sounded so spiritual, and I could quote countless authors and preachers who agreed with me. I’m now convinced we were all dead wrong.
Invest in Eternity