A.W. Tozer on God’s Wisdom and Our Broken, Waiting-for-Redemption World

Tozer, one of my all-time favorite authors, makes a great analogy in this sermon, shared in the book The Attributes of God Volume 2: Deeper into the Father's Heart. (Thanks to EPM’s Stephanie Anderson for skillfully shortening the original.) Hope you enjoy this too. —Randy

The Lord by wisdom hath founded the earth; by understanding hath he established the heavens. (Proverbs 3:19)

He hath established the world by his wisdom, and hath stretched out the heavens by his discretion. (Jeremiah 10:12)

With him is wisdom and strength, he hath counsel and understanding. (Job 12:13)

Wherein he hath abounded toward us in all wisdom and prudence. (Ephesians 1:8)

…It tells us in Proverbs 3:19 and Jeremiah 10:12 that the Lord founded the earth, established and stretched out the heavens by wisdom, understanding and discretion. Those are two of many verses in the Bible that tell us about the wisdom of God.

The wisdom of God is something to be taken on faith. …If I have to reason myself into faith, then I can be reasoned back out of it again. But faith is an organ of knowledge; if I know something by faith, I will reason about it.

For this reason I make no attempt to prove God’s wisdom. If I tried to prove that God is wise, the embittered soul would not believe it anyway, no matter how perfect and convincing the proofs I might bring. And the worshiping heart already knows that God is wise and does not need to have it proved.

…We also should not ask God to prove His wisdom. We believe God is wise because God is God. Any demand we might make on God for proof would be an affront to the perfection of His deity. …And to think low of God is the supreme degradation.

It is necessary to our humanity that we grant God two things at least: wisdom and goodness. The God who sits on high, who made the heaven and the earth, has got to be wise, or else you and I cannot be sure of anything. …We have to grant goodness and wisdom to God, or we have no place to go, no rock to stand on, no way to do any thinking or reasoning or believing.

…So we begin with the assumption—not a guess, not a hope, but a knowledge—that God is wise. But someone will ask, “If God is good and wise, how do you explain polio, prison camps, mass executions, wars and all the other evils that are in the world?...”

Let me answer by an allegory. Let us say that a man is very, very wise and is not only wise, but is rich to the point of having all the money in the world. And let us suppose he decides to build the most beautiful palace that has ever been built in the world. So in some little country, say in Europe, he gathers together the finest artists and architects, the finest designers that can be found anywhere.

And, pooling their wisdom and genius, they built a most beautiful building—a building that makes the Taj Mahal look like a barn.

…Let us suppose that, after a year or so, the political fortunes change and a conquering army comes in and takes over that little country…and take over the palace—great, tough, barbarian soldiers with hobnailed boots. They care nothing about beauty, about art, about the diamonds and gold. Let us suppose that they stable their horses in the palace, that they spit on the floor and throw beer cans all over the place and make a wallow out of it. Eventually, the beautiful palace is filled with dirt, old rags and filth of every kind; the man who owns it and the artists who built it have fled into exile.

While the heel of the barbarian treads down the little country, one passerby whispers to another, “There’s the great palace, the greatest concentration of universal beauty known in the world.”

And the other person says, “…It’s a pigpen! How can you say it’s beautiful?”

“Just wait for a while,” the first passerby replies. “There’s been a war and this is an occupied country. The fortunes of war will change again and the oppressor will be driven out.”

And let us suppose that these bestial and brutal men are driven out. Then the rich man comes back from some far away retreat and says to his artists, architects and sculptors, “Let’s get to work and clean this up...”

After a year or so of work, the palace stands once again, shining in the noonday sun—the epitome of all beauty…

Once there was someone named God—God the Father Almighty, Maker of heaven and earth. He turned His mighty wisdom loose on the making of man. He said, “Let us make man in our image” (Genesis 1:26). Then he made a garden eastward in Eden and He put man in it. He said to man, “I will make him an help meet for him” (2:18).

…Then Satan came into the garden and wound himself about the limbs of the tree of life. …the fortunes of moral war changed; Satan took over and man sinned, betraying the God who made him. That which used to be the most beautiful of all gardens and most lovely of all worlds…now is turned into a pigpen and plunged into darkness.

And so the critic walks about as the passersby did by the palace. And he says, “Are you telling me that a wise God made this pigpen?”

But I say, “…God in His great wisdom and in His providential dealings with this world has allowed foreign soldiers to occupy. And this epitome of all beauty, this flying ball we call the earth…is now under a cloud, a shadow.” It tells us in Romans 8:19–22,

For the earnest expectation of the creature waiteth for the manifestation of the sons of God. For the creature was made subject to vanity, not willingly, but by reason of him who hath subjected the same in hope, because the creature itself also shall be delivered from the bondage of corruption into the glorious liberty of the children of God. For we know that the whole creation groaneth and travaileth in pain together until now.

God’s wise plans will be carried out, but God in His wisdom has allowed, for a little time, this foreign occupation. The world we live in, with its cyclones, tornadoes, tempests, tidal waves and other forces of destruction, is under occupation.

…The state of Pennsylvania, where I was born, has rolling hills, flashing streams, waterfalls, meadows and lovely forests. If you have ever driven through it, you know how beautiful it is. Near where I lived when I was a boy, money-loving men have done what they call strip mining. Instead of digging into the hill to get the coal, they strip the top off and get the coal from above. …I have seen thousands of acres of the lovely hillsides, green and beautiful, that I knew as a boy, lying wounded and bleeding.

…But do you think that God Almighty has surrendered and gone away forever? No! …one of these days the great God Almighty is going to send His Son “from heaven with a shout, with the voice of the archangel, and with the trump of God: and the dead in Christ shall rise first: then we which are alive and remain shall be caught up together with them in the clouds” (1 Thessalonians 4:16–17). We will be changed, raised, glorified and made into the image of God. He’s going to clean house down here and there shall be peace from the river to the ends of the earth. …Then we’ll see that God was wise. But we’re going to have to be patient and go along with God for a little while, because we’re under occupation.

If you’d like to read more related to the subject of evil and suffering, see Randy’s book If God Is Good, as well as the devotional 90 Days of God’s Goodness and book The Goodness of God (a specially focused condensation of If God Is Good, which also includes additional new material). Many people have also handed out the If God Is Good booklets. 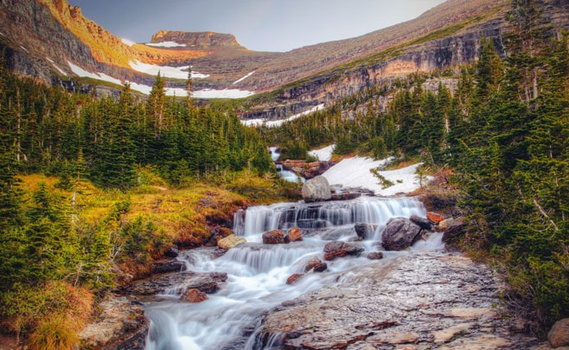 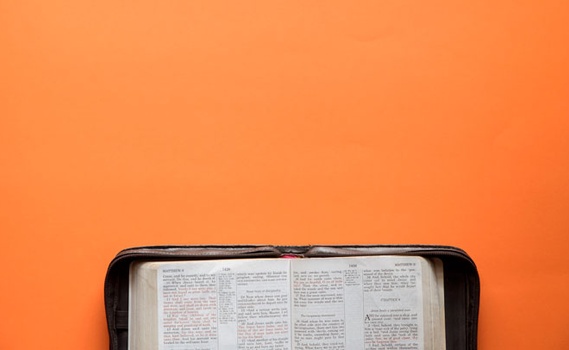 article May 24, 2019
In times of waiting, as we seek God in prayer, we must learn to listen to Him as well as talk to Him—to shut out the clatter and quietly wait as He unfolds to us His person, purposes, promises, and plan. But what about when we wait and listen, and God still seems silent? 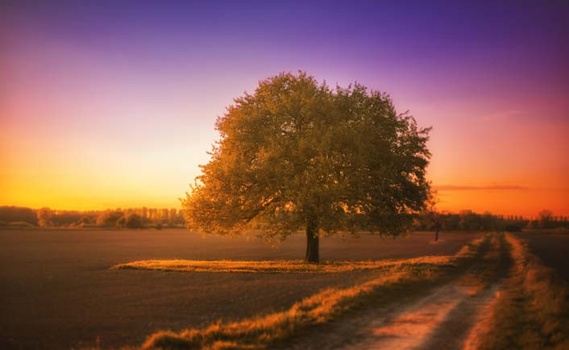 article March 19, 2018
By all means, we should rejoice in God’s mercy and love. But we must also recognize that our Lord is relentlessly holy, righteous, and just.
Invest in Eternity