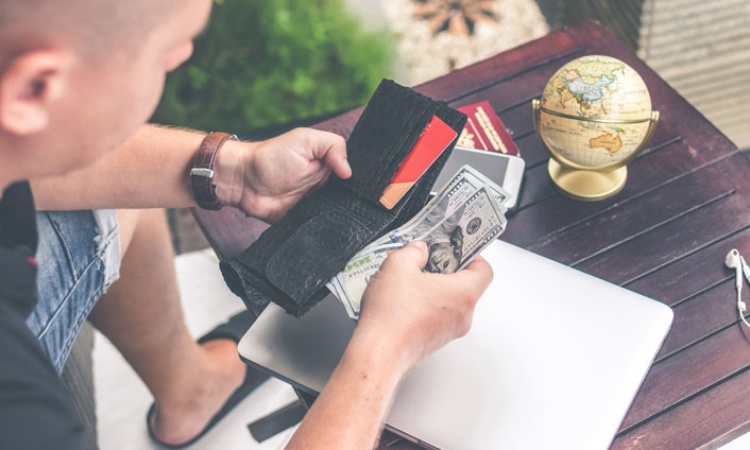 Below is an excerpt from the new edition of my book The Treasure Principle, one I’ve tweaked a little for the purposes of this blog. I hope you enjoy it.

In Romans 12, Paul lists seven spiritual gifts, including prophecy, serving, teaching, mercy, and giving. I’m convinced that of all these gifts, giving is the one least thought about and talked about in the Western church, and perhaps in the entire world.

Of course, all of us are called to serve, show mercy, and give, even if we don’t have those specific gifts. But I believe that in different times of history God has sovereignly distributed certain gifts more widely (such as the gift of mercy during devastating plagues, and the gift of teaching when false doctrine is rampant and must be counteracted).

Suppose God wanted to fulfill His plan of world evangelization, reach the unreached, and help an unprecedented number of suffering people. What gifts would you expect Him to distribute more widely? Wouldn’t a primary one be the gift of giving? And what might you expect Him to provide for those to whom He’s given that gift? Why not unprecedented wealth to meet those needs and fund outreach to people of every tribe, nation, and language?

Look around. Isn’t that exactly what God has done? There’s greater wealth among God’s people, especially in the Western world, than there has ever been in human history. The question is, what are we doing with the wealth He’s entrusted to us?

We regularly see the gift of teaching and know what it looks like. We know of prayer warriors and Bible students, but rarely do we know of people giving large percentages of their incomes to the Lord.

It’s increasingly common for Christians in accountability groups to ask one another the tough questions: “Have you been spending time in the Word?” “Are you living in sexual purity?” or “Have you been sharing your faith?” But how often do we ask, “Are you winning the battle against materialism?” or “How are you doing with your giving?”

When it comes to giving, many churches operate under a “don’t ask, don’t tell” policy. We lack communication, accountability, and modeling. It’s as if we have an unspoken agreement: I won’t talk about it if you won’t, so we can continue living as we are.

Think about it. If a young person wants to learn how to teach, pray, or lead a group, the church provides many examples to learn from. But how does a young Christian learn to give? Where can he or she go to see what giving looks like in the life of a believer captivated by Christ? Why are we surprised when, seeing no alternative examples, our young people take their cues from a materialistic society?

Some may object, “But we shouldn’t compare each other’s giving.” Yet Paul tells the Corinthians about the Macedonians’ giving, saying he’s making a comparison to motivate them (2 Corinthians 8:7–8).

Dixie Fraley Keller told me about some friends of hers: “They’re such an example of the art of giving. Every year we try to outgive each other!” Isn’t that spurring one another on? Don’t we need to help one another raise the bar of giving so we can learn to jump higher?

Scripture tells us not to give in order to be seen by men (Matthew 6:1). Certainly we should be careful to avoid pride. But Jesus also said in the same sermon, “Let your light shine before men, that they may see your good deeds and praise your Father in heaven” (Matthew 5:16). Through an unfortunate misinterpretation of biblical teaching, we’ve hidden giving and therefore hidden its joy and deprived God of glory. We’ve failed to draw Christians toward giving. And they lack gladness and purpose because of it.

Years ago, when our missions pastor returned from Sudan, he told our church about enslaved Christians in that region. Spontaneously, several families decided to forgo giving Christmas presents that year and instead gave toward freeing slaves. The fourth-grade class at our school raised thousands of dollars for this purpose through work projects. One sixth-grade girl took the fifty dollars she’d saved up to play on a basketball team and gave it to help Sudanese believers.

One family had saved hundreds of dollars to go to Disneyland. Their child asked if they could give the money to help the slaves instead. Before long, people had given sixty thousand dollars to redeem slaves. We never even took an offering, but the giving was contagious. People told one another their giving stories. When they did, it encouraged the body to give more. It was one of our church’s finest hours, and the key was God’s people joyfully sharing with each other how God moved them to give.

King David told the people exactly how much he’d given to build the temple. The precise amounts of gold and precious stones given by the leaders were also made public. “The people rejoiced at the willing response of their leaders, for they had given freely and wholeheartedly to the Lord” (1 Chronicles 29:6–9). The people could rejoice and follow their leaders’ example only because they knew how generous those leaders had been. I’m not saying we should do exactly this same thing! I am saying that unless we learn how to humbly tell one another our giving stories, people in our churches will not learn to give.

It would have been an incalculable loss to my spiritual life not to hear the stories of prayer and giving in the lives of Hudson Taylor, George Müller, Amy Carmichael, and R. G. LeTourneau. Knowing what God did in and through them has been an inspiration to ask Him to do more in and through me.

I encourage you to read and meditate on 1 Thessalonians 2:1-14, where Paul talks about how he and his ministry team modeled radical Christian living. The result was that the Thessalonian believers not only had teachings to believe, but also footsteps to follow. He clarifies, “We were not looking for praise from people, not from you or anyone else” (v. 6). He says, “Because we loved you so much, we were delighted to share with you not only the gospel of God but our lives as well” (v. 8).

Sharing their own lives included transparently showing the Thessalonians an example of hard work and kingdom-centered living. He praises them because “you, brothers and sisters, became imitators of God’s churches in Judea” (v. 14). Not only did Paul and his fellow servants show them their own spiritual disciplines and joyful lives, they also told them inspirational stories of other believers.

When this happens today, the imaginations of our people, especially our young people, can be captured for the glory of God. But if all they see in the church are lives of entrenched materialism, that’s what they will naturally ease into themselves, because we only follow what we see. If they see people living well below their means and joyfully giving away the bulk of their income to help others, they will have an alternative model that’s radical and attractive. They will be inspired to consider that way of living.

If the apostle Paul told the Thessalonians about the example of the churches in Judea, why shouldn’t we be able to take aside a teenage girl in our church and say, “See that woman? She goes downtown every week to work with refugees, help them, and tell them about Jesus. Most of them aren’t believers yet, but they love her! Being with them is the highlight of her week. How about you and I go with her and meet her friends downtown?”

Or what if we could say to a young man in church, “See that guy over there? He makes enough money to live in the nicest house you’ve ever seen. But he gives most of it away to reach people with the gospel all over the world, and he’s the happiest guy you’ll ever meet. How about you and I take him out for lunch and hear his story?”

Actions really do speak louder than words, and they also demonstrate the meaning and authenticity of words. But actions can’t do this unless they are seen. To be seen they must be somehow visible to others—never for our glory, but for God’s. When I learn of someone daily reading and praying through Operation World for ten years, lifting the nations of the world up to God, I can be inspired. But if no one ever tells me this, I can’t be inspired by it. When someone is excited because they shared the gospel today, I can only be touched by their example if I know it happened.

Let’s not only follow Jesus but also allow others to see what it means to follow Jesus. Let’s examine and purify our hearts and motives, humble ourselves, and obey the words of Jesus: “Let your light shine before men, that they may see your good deeds and praise your Father in heaven” (Matthew 5:16). Let’s spur one another on to love and good deeds by discussing and showing each other love and good deeds.

May we humbly tell the stories of others and ourselves, of God’s work in our study of His Word, our sharing Jesus with others, our prayers, and our giving—not to glorify ourselves or others, but to glorify our Father in Heaven. Let’s provide more radical and more visible models to follow in the body of Christ, including our young people. As we do so, may we pray that the sharing of examples will result in more and more people joyfully living the kind of life that will make them examples to others.

“A disciple is not greater than his teacher, but everyone when fully trained will be like his teacher” (Luke 6:40).

Photo by Artem Bali on Unsplash 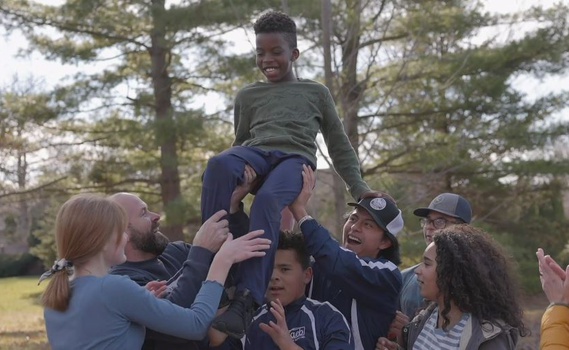 Faithfulness to God Is Success

video November 4, 2022
Because we give, eternity will be different—for others and for us and our families. Giving away our money, possessions, time, and talents is a sacred opportunity to make a great and eternal difference. And it’s also our opportunity to enter into living the good life now. 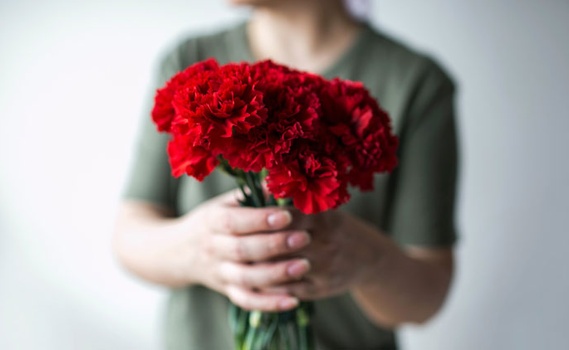 What Is the Purpose of Spiritual Gifts, and How Do You Discover Yours?

article October 12, 2020
Jesus said, “Apart from me, you can do nothing” (John 15:5). How effective will we be in exercising our spiritual gifts? As effective as the degree of our dependence upon God. We’re to pray to Him and ask Him to help us serve our brothers and sisters. 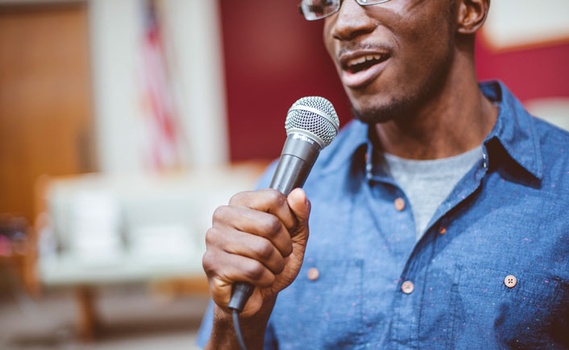 article November 22, 2019
There’s still a lot of pushback on the idea of sharing about our giving, but not as much is there was 30 years ago when the first edition of my book Money, Possessions, and Eternity came out. I think people are realizing giving isn’t the only thing people are tempted to be proud of, and in Matthew 6 it’s inseparable from prayer and fasting.
Invest in Eternity