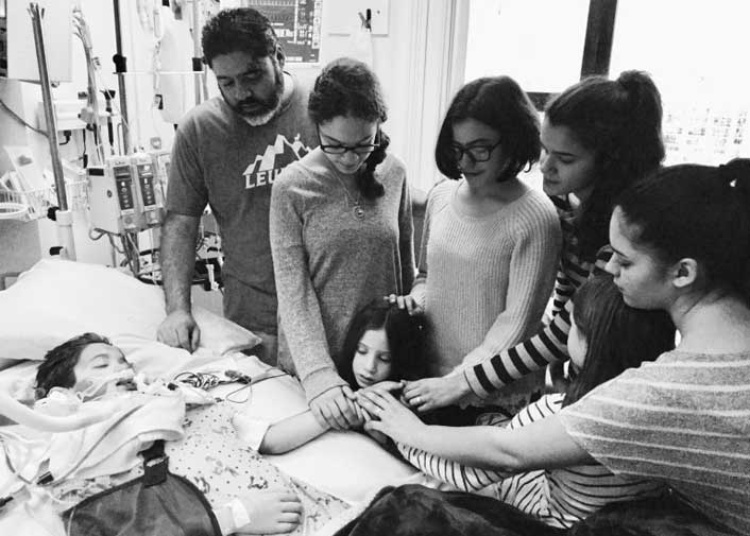 A friend shared this story and blog with me, about a precious family, the Simaos, who lost their son Isaiah last year after a tragic horseback riding accident. Isaiah’s oldest sister Sydney has written about their family’s experience and grief:

When tragedy strikes, faith does not make it hurt less. Grief is never easy. It makes us weak. But when you have nothing left in this world, the sovereignty and goodness and all the promises of God must become the rock you fall on by His grace because everything else has been stripped from under your feet. God has used this tragedy to draw us closer to Himself, as the burden of our pain and sorrow has pressed us deeper in the Rock that is higher than I. Writing on Isaiah’s story and our walk through grief has been an immense gift to me, as I dwell on the promises of God, and by His grace, share some of the hope I have in Him with others who may be made to walk a similar road.

In one of her posts, Sydney shared how Isaiah had been reading my Heaven book before his death. She wrote this while he was in the hospital on life support:

After we tucked the kids into bed tonight, Maya and I went into Isaiah’s room and crawled into his bed. He had the book that he’s been working his way through sitting next to his Avengers alarm clock. It’s the book Heaven by Randy Alcorn.

Isaiah asked if he could read it himself several weeks ago and has been working away at it every night. His bookmark was just beginning chapter 11. Some of the chapter titles that he has read include things like: “Can You Know You’re Going to Heaven?” “What Is Life Like in the Present Heaven?” and “This World Is Not Our Home.”

The last chapter he read in it is called, “What Will It Mean for the Curse to Be Lifted?” This is a passage from the last page of that chapter. He probably read it the night right before his accident, as he was going to sleep:

“How far does Christ’s redemptive work extend? Far as the curse is found…Redemption in Jesus Christ reaches just as far as the fall…Jesus…will transform our dying Earth into a vital New Earth, fresh and uncontaminated, no longer subject to death and destruction.

The Curse is real, but it is temporary. Jesus is the cure for the Curse. He came to set derailed human history back on its tracks. Earth won’t be put out of its misery; it will be infused with a greater life than it has ever known, at last becoming all that God meant for it to be.

We have never seen the earth as God made it. Our planet as we know it is a shadowy, halftone image of the original….If the present Earth, so diminished by the Curse, is at times so beautiful and wonderful; if our bodies, so diminished by the Curse, are at times overcome with a sense of the earth’s beauty and wonder; then how magnificent will the new earth be? And what will it be like to experience the New Earth in something else we’ve never known: perfect bodies?

…..Without Christ….mankind would be doomed. But Christ came, died, and rose from the grave. He brought deliverance, not destruction. Because of Christ, we are not doomed…Christ’s resurrection is the forerunner of our own.”

We had completely forgotten this was the book Isaiah was going through right now. We thought when he asked that it would be a little too heady for him, but he assured us enthusiastically that he was loving it every time we asked. Of course, God knew what He was doing.

Isaiah has professed faith in Christ and so he is twice our brother. He is also in the hands of our Great Father who is in Heaven. This morning, we read from John 11 with the kids, about two other sisters who were weeping for their brother. Jesus told them that this had happened so that His glory might be made manifest in him. He told them that He was the resurrection and that life, and all who believe in Him, though he dies, yet will he live. Jesus wept beside the tomb with them, but the story ends with Him crying: Lazarus! Come forth! And their brother came back from the grave.

We believe that Jesus is the Great Miracle Worker and the Great Physician. That He weeps and grieves for His flock and will never forsake us. We believe that He can bring Isaiah back to us, and that is our constant prayer.

But we also know that Lazarus’ resurrection pointed to the Great Resurrection. The Resurrection that Jesus brings forth in the hearts of all who trust in Him alone for salvation. We, who are dead in sin, cannot bring this work about in ourselves. Jesus comes to us while we are dead, while we are repulsive, while the odor of the grave is infiltrating every corrupted cell. And He weeps for us. And calls us by name. And commands us to Come Forth!

By His amazing grace, and His providential and sovereign plan before the foundations of the world, He chose Isaiah to call forth from the grave already. Isaiah is saved and therefore has only one ultimate destination. We want, oh so much, to have him here with us for a great time longer, but God’s timing is perfect, and He loves Isaiah with an everlasting love.

Thank you, Sydney and the Simao family, for sharing about Isaiah. May God wrap His arms around you and comfort you. I look forward to meeting Isaiah, and all of you, in a far better world, where suffering, pain, and sorrow will forever be a thing of the past:

On this mountain he will destroy the burial shroud, the shroud over all the peoples, the sheet covering all the nations; he will destroy death forever. The Lord God will wipe away the tears from every face and remove his people’s disgrace from the whole earth, for the Lord has spoken. On that day it will be said, “Look, this is our God; we have waited for him, and he has saved us. This is the Lord; we have waited for him. Let us rejoice and be glad in his salvation.” (Isaiah 25:7–9, CSB) 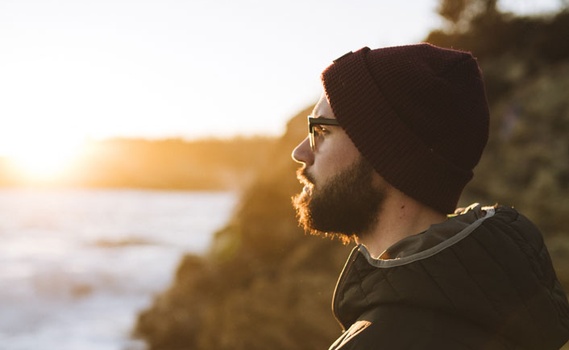 article August 12, 2009
When I first answered this question a few years ago, a friend was holding her eighteen-month-old son in her arms, waiting for him to breathe his last. She was praying over him, reading Psalms aloud, trying to comfort and prepare him—and herself—for what was to come.
Invest in Eternity