Last week, 99-year-old Billy Graham entered the presence of Jesus. (See Christianity Today’s special issue dedicated to him, as well as John Piper’s tribute.) In 1970, as a brand new Christian, I heard Billy Graham for the first time at a crusade in Portland, 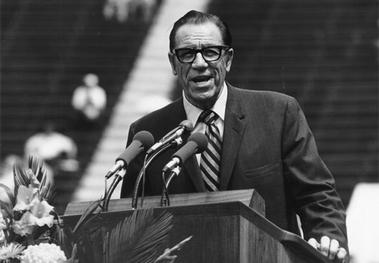 Oregon. His friend George Beverly Shea, the soloist who preceded Billy in song in Crusades over the span of nearly sixty years, sang How Great Thou Art.

Over forty years later, in 2011, I was teaching on Heaven at The Cove, the Billy Graham Training Center in Asheville, North Carolina. To everyone’s surprise, including mine, just before I got up to speak they brought in George Beverly Shea in a wheelchair, along with his dear wife, shortly before his 103rd birthday.

I looked around and realized that no one in the booth was videoing. Since I was in the front row ready to speak, I grabbed my phone and pressed record. Then I posted the two-minute video on YouTube. (Since then it’s had over 282,000 views.) 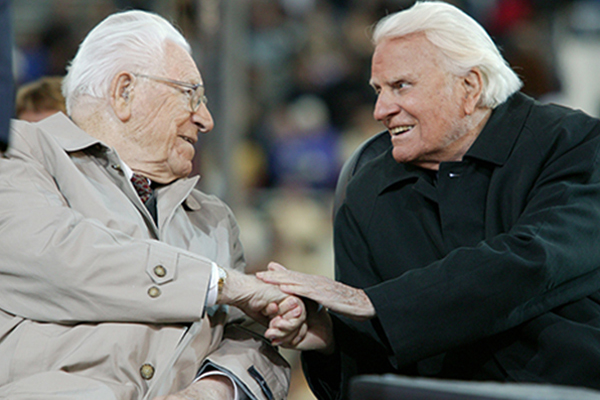 After George died at age 104, the Billy Graham Association contacted me and asked if they could use my video! Apparently it was the last time George sang publicly. Incredibly, over his lifetime he sang in person to a quarter of a billion people, more than anyone else in history.

I will never forget that powerful evening. It was the best lead-in to speaking I’ve ever had. When they wheeled him off the platform, I stopped the recording, wiped the tears from my eyes, and got up to speak on Heaven, with George Beverly Shea in the front row, eyes bright and smiling and nodding as I spoke. God was my primary audience, as always, but George was easily the second. And as you’ll see, he was incredibly delightful that night.

Talking about the wonders of Heaven as I looked into the watery eyes of this man who I had heard sing How Great Thou Art as a new teenage believer was surreal. Afterward George said some kind words to me.

This is George on the stage that night, just before I spoke about Heaven:

This is the blog I wrote a few weeks after that experience, with links to two more videos I made of George that night. 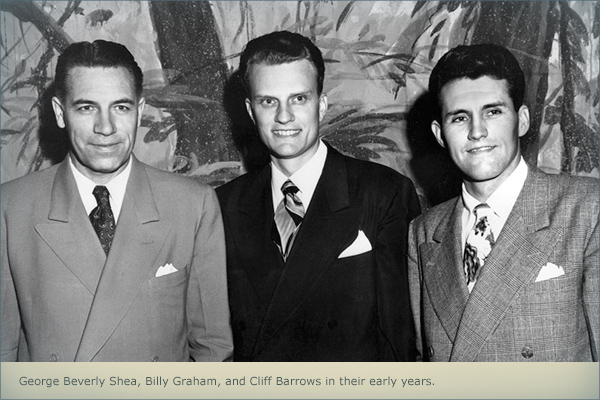 At another place and time, Cliff Barrows, who was a longtime music and program director for the Billy Graham Evangelistic Association, shared how he had been touched by my Heaven book. Of the three, Cliff died “young,” at age 93. Billy, George, and Cliff were inseparable in their Crusades for several decades. In a 2008 interview, Cliff said this about their partnership: “When God called us as a team, Bev Shea and Billy and myself, he called us to be faithful and to preach the Gospel, to go into all the world. He never put a termination point on it. And as long as we have the physical strength and the energy to do it, we feel we still need to be using what talent and gifts and strength we have to carry it out.”

That’s exactly what these faithful men did with the years God gave them.

Finally, here’s George Beverly Shea in his prime singing How Great Thou Art in 1969, the same year I came to faith in Christ:

I look forward to seeing George, Cliff, and Billy again in a far better world!

By the way, since criticism of Billy Graham has been brought up since his death, I want to note that of course many of us disagreed with various aspects of things he said and did. That comes with the territory. However, it is sad to see some of the undeserved, unfair, and mean-spirited criticism launched against him. For a response to one highly critical column on Billy Graham, check out Owen Strachan’s article Defending Billy: Responding to George Will’s Fierce Critique of Billy Graham.

Someone on my Facebook page made this comment: “I’m disappointed in the lack of discernment or intentional inconsistency of most processing Christians regarding Billy Graham. He taught you don’t need faith in Jesus to be saved as long as you do your best. Can you say works salvation? Can you say denial of the exclusivity of Christ? Can you say heresy? Why are we propping him up as the greatest preacher since John? John wouldn’t have even shaken the guy’s hand.”

This was my response: Have you actually listened to the messages of Billy Graham or read any of his books? What you say he said is not what I ever heard him say. “Do your best” and “works salvation”? That was not his message! I disagreed with Billy in various areas but in terms of the redemptive work of Christ and belief in him as the sole basis of salvation, not by works but by faith, I fully agree with him. 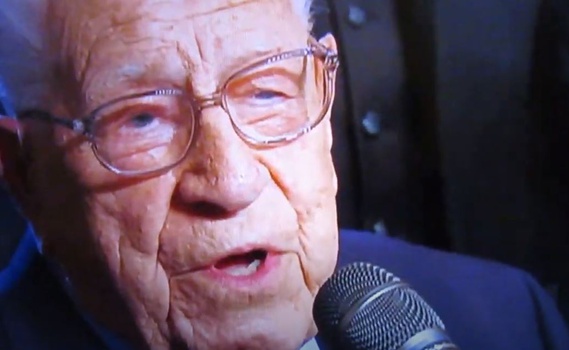 video December 2, 2011
The recent report of Billy Graham being taken to the hospital with the possibility of pneumonia prompted me to think of one of Billy’s closest friends, who is ten years older.

video March 25, 2010
From an interview with Tyndale Publishers, Randy Alcorn answers the question, "What will Heaven be like?" See Randy Alcorn's book Heaven for more information.
Invest in Eternity