God Will Use Weakness and Failure to Build Your Faith 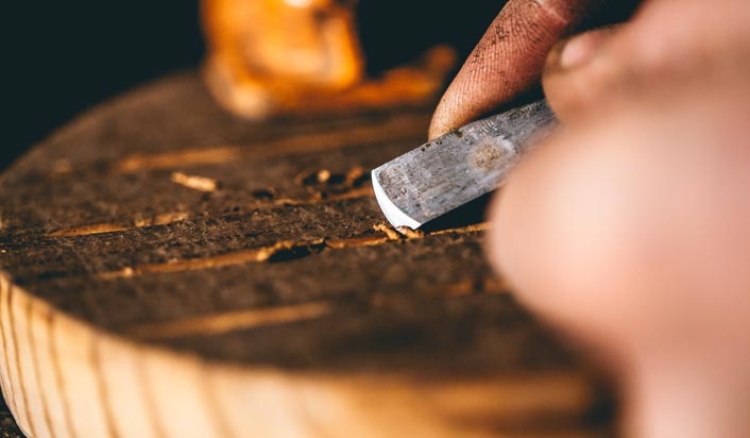 I’m sharing a guest blog today by Vaneetha Rendall Risner that is, to me, breathtaking and somewhat stunning (originally published by Desiring God). It won’t strike everyone as encouraging, perhaps, because it comes out of pain, and may cause fear in some whose vision of the abundant life doesn’t include what’s happened in Vaneetha’s story. However, I think it’s a bold and valuable perspective, one that we need to hear.

Vaneetha is a freelance writer who blogs at danceintherain.com. She’s also the author of The Scars That Have Shaped Me: How God Meets Us in Suffering. My thanks to our sister Vaneetha for writing this article, and for giving us permission to share it here. I follow her words with some of my own.

Here’s what she has to say: 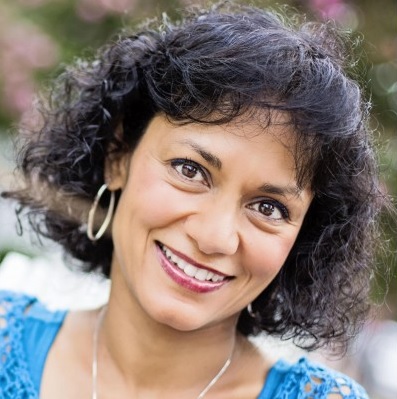 There are so many things I wish someone could have told me at thirty, because at thirty I thought I had life figured out.

Life turned upside down quickly. I wish someone had said to me,

You are holding onto meaningless things, and you are believing in yourself for the wrong reasons. Stop judging your life by your achievements or “blessings,” whether material or relational or reputational, because none of them will last. What you now consider blessings will be taken away, and when they are, you will discover that being blessed is deeper and more lasting than you can imagine.

There is no way I could have prepared my thirty-year-old self for what lay ahead. How does one prepare for the unknown? I’m glad I didn’t know what was coming, but I wish I had known that while God was taking away my earthly treasures, he was giving me something that could never be taken away — he was giving me himself.

The Cost of a Successful Career

My late teens and twenties were marked by unmitigated success. Named valedictorian of my high school class. Accepted at every college I applied to. After college, worked for a prominent financial institution. Earned an MBA from a prestigious university. Met and married a business school classmate. Flourished in my work as I climbed the corporate ladder.

Life was glorious from a worldly perspective. I was denied nothing my heart desired. I had everything I wanted. But it came with a price.

My once-vibrant faith from college took a back seat to my career. My quiet times were mostly on the run, if they happened at all. My friendships were superficial, but I was too busy to care. My faith was shallow, but it seemed good enough.

Then I hit my thirties. A serious marriage struggle put us in counseling for years. Our infant son died. I had four miscarriages. I was diagnosed with post-polio syndrome, though the symptoms were just starting.

My seemingly perfect life had taken a huge turn. I had decided to stay home full time after our first child was born. I shifted my focus from my career to being a devoted wife and mother. I made gourmet meals, took photographs of my children’s every breath, and made scrapbooks to commemorate every occasion.

I prayed for my husband and made time to be together. I planned regular family nights and homeschooled our children. I had consistent quiet times, taught women’s Bible studies, and mentored women on marriage.

My struggles forced me to lean on God, and I learned to adjust to a different life — one that was less in the limelight, but still felt accomplished. Just different priorities and accolades.

Nowhere Else to Turn

But midway through my forties, it all fell apart. My husband left for another woman, citing my inadequacies as a wife. My children walked away from God in anger, highlighting my failure as a parent. Our home became a place of rage and regret, the opposite of the sanctuary it once was. My arms began failing because of post-polio, and so I had to stop cooking, scrapbooking, and hospitality to concentrate on self-care.

Everything I worked for was gone. The things that I had valued disintegrated. There was not a shred of accomplishment I could cling to.

Those days were more painful than I can put into words. My friends and family rallied around me, but inside I was dying. Nothing I had accomplished seemed to matter.

I clung to God as I knew there was nowhere else to turn. And from that desperation came an unexpected delight in God. I craved fellowship with him. His word revived me daily. I prayed more earnestly.

And my relationship with others had a newfound authenticity. There was nothing to hide behind. I had no appearances to maintain. Everything was laid bare.

And I slowly realized this epic failure was a huge gift.

As my life was tested by adversity and failure, I gained a truer sense of who I was. It was not based on my achievements. What people thought of me. What I did or had done.

My identity was based on Christ.

My successes in life never gave me security. Quite the opposite, they pressured me to keep succeeding.

But failure gave me an inner confidence. It has taught me about myself. What I could lean on. What could and would be shaken. And what was unshakable.

Amidst my failure, I understood more clearly what constitutes true blessing. True blessing always rests in God himself.

God Builds on Our Failures

The Bible shows us how God uses our failures and frailties. David sinned against God when he decided to take a census, counting his people instead of counting on God. God punished him, and in David’s repentance, he built an altar on the threshing floor of Araunah the Jebusite. And it was on that very ground, the place of David’s failure and repentance, that the temple of the Lord was built.

God’s temple in Jerusalem, the holiest place where he would dwell on earth with man, was built on the ground of human failure.

We offer nothing to God. He isn’t after our success. He wants our heart. Our repentance. Our dependence on him.

Now God does not dwell in a temple made by human hands. He dwells in us. And in the same way, God’s greatest work in us is built on the ground of our failure. God does his most extraordinary work when we rely on him alone.

To Me at Thirty

What would I tell my thirty-year-old self?

Trust God. He is going to use everything in your life to draw you closer to him. Don’t waste your suffering, for it will be the making of your faith. And one day, as your faith becomes sight, you will be grateful for it all.

From Randy: As Vaneetha experienced, for most of us it takes the chiseling effect of loss, hardship, sickness, and even tragedy before we adequately recognize and admit our true weakness, and need for and dependence on God. (For me, this included losing my mother to cancer, becoming an insulin-dependent diabetic, being arrested and sued for prolife activities, and having to resign as a pastor as a result.) The same is true for our becoming more grateful, more humble, and more God-focused. Over time, the experience of suffering can make us spiritually stronger, more dependent upon God, and less fearful.

Tim Keller writes, “You don’t realize God is all you need until God is all you have.” God uses our weaknesses and inadequacy not only to build our characters, but to manifest His strength and grace. So I see His goodness in giving me certain weaknesses to accomplish His good purposes.

Scripture puts it this way: “We rejoice in our sufferings, knowing that suffering produces endurance, and endurance produces character, and character produces hope” (Romans 5:3–4, ESV).

Sometimes we may resent God for imposing unwanted difficulties on us. If we see through the lens of eternity, however, that resentment changes to thanksgiving for God’s grace and power. We praise Him for being glorified in our weakness and for making us better and ultimately happier people, even if it costs us temporary pain and extreme inconvenience.

Lord, help us today to look at our weaknesses and ailments and consider how you use them as opportunities to reveal your grace and strength. Counterintuitive as it may seem, help us delight in our weakness and in the knowledge that you can be glorified through giving us supernatural empowerment, grace, and perspective and by touching others through us as a result.

If you’d like to read more related to the subject of suffering, see Randy’s book If God Is Good, as well as the devotional 90 Days of God’s Goodness and book The Goodness of God (a specially focused condensation of If God Is Good, which also includes additional material).

Photo by Sawyer Bengtson on Unsplash 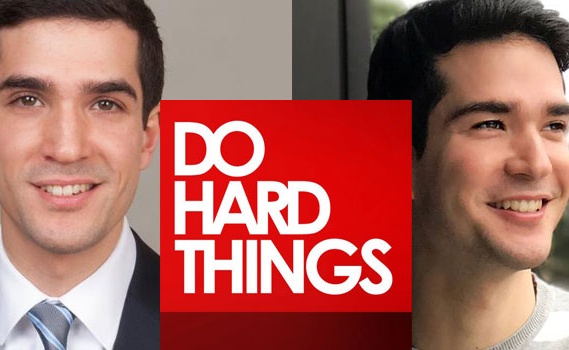 Thirteen Years Later, Alex and Brett Harris on How God Has Used Hard Things in Their Lives

video July 5, 2021
Incredibly, it was thirteen years ago that I first shared about Alex and Brett Harris’s excellent book Do Hard Things. I’ve been in an email loop with Alex and Brett, and it’s wonderful to see God’s grace in their lives. Recently they posted a great follow-up, talking about their lives over a decade after the publication of Do Hard Things. 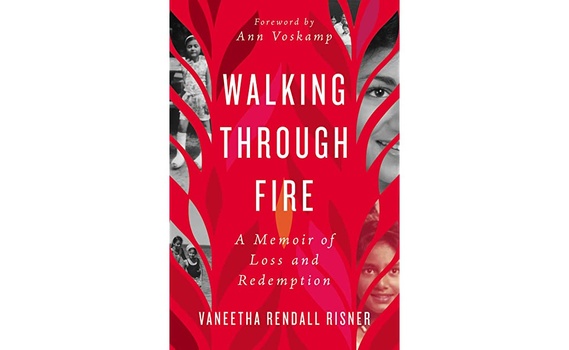 video January 25, 2021
I’ve never met Vaneetha Rendall Risner in person, but for years I’ve known and loved her through her writings. In her new memoir Walking Through Fire, you will see her heart, her honesty, her pain, her eternal perspective, and her love for Jesus. 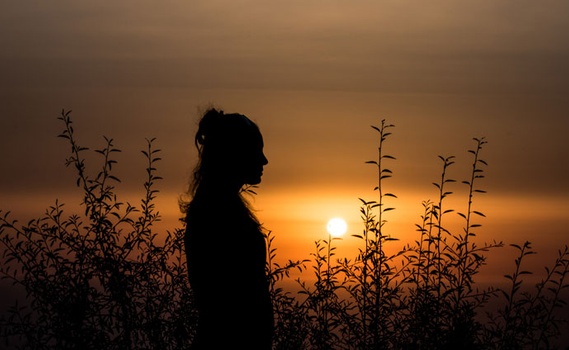 article October 16, 2019
While people living in relative comfort reject faith in God due to the problem of evil, those subjected to the worst evil and suffering often turn to God. Isn’t it remarkable that from Sudan to China to Cambodia to El Salvador, faith in God grows deepest in places where evil and suffering have been greatest?
Invest in Eternity