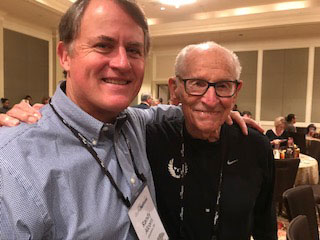 One of the great highlights of the illumiNations event I attended last year was talking with Orville Rogers, who serves Jesus with all his heart, and hearing from him as he was interviewed on stage.

On November 28, 2017, Orville turned 100 years old. In WWII he flew the largest military airplane, the B29 bomber. Over his career as a commercial airline pilot he made $1.5 million total wages. But God blessed his savings and investments and allowed him and his wife to give away over $30 million, mostly to missions. Orville also delivered many airplanes to missionaries on the field.

By the way, Orville holds 16 world running/racing records in various brackets. He started running at 90 years old. Here he is at age 99 coming from behind to win a sprint against a young 92 year old in a photo finish. Orville won by .05 seconds. :)

Orville came to Portland last spring to meet with me and it was an incredible blessing to be with him again in Washington, D.C. He was really looking forward to turning 100 as he figures he may set records that will never be broken by anyone!

Orville has a book out now that tells his story: The Running Man: Flying High for the Glory of God. 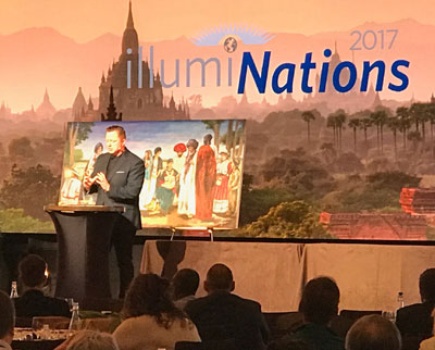 Working Together, It’s Possible for the Light of God’s Word to Reach Every Language in Our Generation

Several weeks ago, Nanci and I returned from the illumiNations gathering in Washington, DC. Attending and speaking at the event was a wonderful experience. I want to share some things about it, and explain how you too can be a part of impacting eternity by supporting Bible translation.

Missionary Bert Elliot (brother of martyred missionary Jim Elliot) went home to be with Jesus last Friday. Nanci and I met Bert and his wife Colleen in January 2006, which marked the fiftieth anniversary of the martyrdom of the five missionaries in Ecuador.
Invest in Eternity