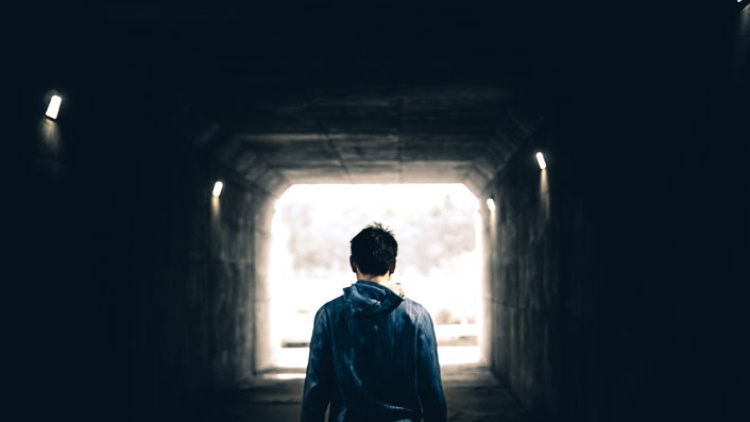 I grew up in a non-Christian family, with no Bible and no church. When I was around 16 years old, I came to faith in Christ. Having never heard the gospel, I picked up a Bible and started reading. Some people say they get confused when they’re in Leviticus. I was confused from the very beginning! But God did a miracle of grace in my heart, and life has never been the same since.

Sometimes people who grow up in the church don’t stop to contemplate both the simplicity and the radical call of the gospel, perhaps because they’ve been surrounded by the message from day one. This certainly isn’t true for all people who’ve been raised in Christian homes, but it’s something to be aware of. The church services we’ve attended, the Sunday school classes we’ve sat through, and our parents’ faith aren’t enough to save us. Only Jesus can do that, and His message of repentance and grace is for everyone. He calls us to follow Him, and to lose our lives for His sake, that we may truly find them (Luke 9:24).

My thanks to Bryan Elliff for this great article. —Randy Alcorn

To teenagers who are in good churches,

I want to tell you how to become a Christian.

As I grew older, I ran into a problem. I wanted to become a Christian.

The problem was that I couldn’t figure out how to become a Christian. Yes, I knew that you had to repent and believe, that the Holy Spirit had to work in you to give you new life, and that you couldn’t just pray a prayer to “get saved.” But when it came down to the actual logistics of the thing, I was in a bit of a fog. How could I get the Holy Spirit to come work in me? What would it look like for me to decisively repent? I mean, I wasn’t doing drugs or even disobeying my parents, at least not in big ways. And how could I know that I had “believed” with a genuine faith?

There were many times when I would pray, “Lord, make me a Christian,” but I was never really sure that the transaction had gone through. I wished that I could get some sort of automated email from heaven that would read, “Congratulations, you have officially become a Christian!”

The email never came. Thankfully, through a much longer process, I did become a Christian. But as I’ve gone on in my Christian life, I’ve realized that my problem is one that is common among those of you who are growing up like I did. So, from one raised-in-a-good-church kid to another, here are my thoughts on how to become a Christian.

First, it’s simpler than you think. Really, it begins with a decision. It’s a decision to follow Jesus. So let’s think about how that looks practically. Let’s say you already have a desire to follow him. So, one day you wake up and say, “Well, I have this desire to follow Jesus, so, you know what? I’m going to!” There you go. The decision could look something like that.

But be careful here. Deciding to get on board with Jesus is a simple decision, but it’s also a major one with some crazy implications. If you’re going to do it, you can’t do it halfway. It’s all or nothing.

You’re also going to have to start seeking to live out the things that he taught. One of the first things that Jesus said when he came into the world was “repent” (see Matthew 4:17). It means you should decide to stop doing sinful things. Change your mind, stop doing them, and do what is good and right instead. That’s what repentance is.

He taught many other things about how to live, such as the importance of love. You should love people, he said, with everything you’ve got, even people who don’t love you back (Matthew 5:43-48). You should seek to live with humility, putting other people above yourself (Luke 14:7-11). You should pursue a righteousness that comes from your heart. That is, don’t be a hypocrite (Matthew 6:1-6). There are many other exciting and challenging teachings from Jesus, too.

You won’t do these things perfectly, but as you’re on the journey, you’ll find forgiveness and the help of the Holy Spirit to grow in ways you never would have thought.

Finally, if you decide to follow Jesus, you can expect to go where he did. He experienced death. You’ll find that there is much death in following him—death as you let go of sin, death as you are persecuted, and death as you experience the trials and sadness of this life. He, himself, said that those who would follow him must pick up a cross like his every day (Matthew 16:24).

But it is a good death and here’s why: Through death comes resurrection. Here we find the soaring hope of Christianity. Jesus came back to life. He was the first one to be lifted out of the decay of this world and be created new. And he, as Lord of everything, has poured out the power of this resurrection into the world so that we can stop doing what is bad and follow him with love and humility (Ephesians 1 and 2). Above all, he has given us hope that one day, he will pour out this power without measure in order to create a brand new world without sin or death (Acts 3:21, 2 Peter 3:13). And if we follow him, we will be resurrected to life in that new world.

So, if you would like to become a Christian, then become one! Count the cost, enjoy the journey, and expect a bright, never-ending future.

This article originally appeared on For the Church.

Photo by Warren Wong on Unsplash 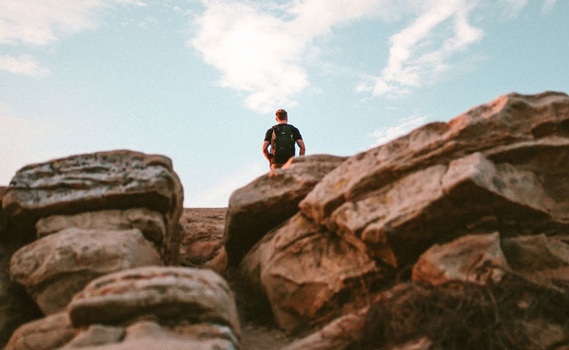 Find Your Happiness in Christ: A Message from Randy Alcorn to High Schoolers