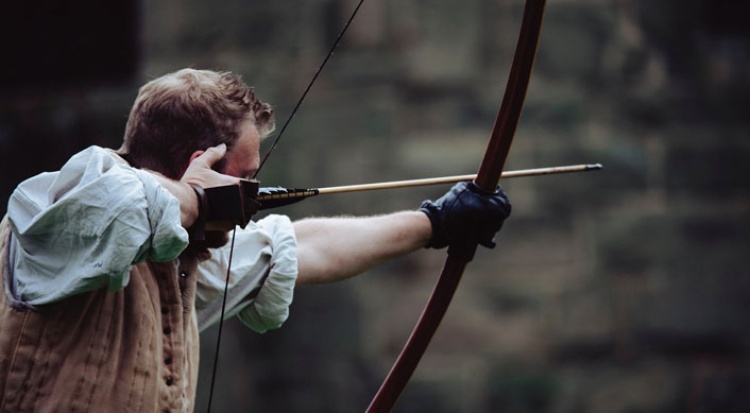 Having turned 64 this year, this post from John Piper got my attention. It concerns what he learned about himself on a leave of absence at age 64. I prayed for him then, and now as I read this I also pray for myself.

Since I consider John, and many others, my betters in countless areas, I look at his list of self-diagnosed sins (though with the help of others) and pray that God would point out my sins as well, and that I would say yes to the Holy Spirit in doing my part to address them. What John speaks of isn’t unique to pastors or Christian leaders, but it is certainly common among us. And sometimes the worst sins are the ones we’re least aware of. Please pray for me and 1) all leaders and 2) all non-leaders. This applies to all of us men for sure, and I assume to many women as well. —Randy Alcorn

What I Learned About My Sins at Sixty-Four: How to Make War on Old Enemies

When I was sixty-four years old, I took an eight-month leave of absence from my pastoral ministry. The primary reason that I gave to the leaders and to the congregation was that I wanted to step back and do a soul check.

I wondered if the pressures of ministry might be blinding me to the state of my own soul as it related to worship and family and marriage and personal holiness. There was no great marriage crisis. I was not walking in any ministry-disqualifying sin, as far as I knew myself. But the stresses of family and marriage and ministry were enough to make me think that I should temporarily remove the pressure (and rewards) of preaching, and leading the staff, and all writing and social media.

During those eight months, part of my goal was to have the time and emotional energy and relational engagement with my wife so as to be as penetrating and as specific as I could be in identifying and addressing my most besetting sins, especially as they related to our relationship. What follows is a very abbreviated summary of what happened.

As I tried to be very specific in identifying my characteristic sins, it became evident what they were — namely, an ugly cluster of selfishness, anger, self-pity, quickness to blame, and sullenness.

Under the Bible’s Spirit-given searchlight — especially Paul’s — I was led not only to identify these five sins, but also to be ruthlessly specific in describing them. Here’s a description of my understanding and experience of selfishness.

Selfishness is virtually the same as pride and is at the heart of what Paul calls indwelling sin (Romans 7:23) — sin that remains in me as a believer. It is the corruption of my heart that is at the bottom of all my sinning. I see my selfishness function as a reflex in these five ways:

The reason I use the word reflex to describe these traits of selfishness is that there is zero premeditation before they happen. When these responses happen, they are coming from my fallen nature, not from reflection and resolution. I don’t sin out of duty. I sin spontaneously. They are the reflexes of my original, unmortified sinfulness.

Now, what happens inside of me when this selfishness is crossed? Can I name these effects and describe them specifically and explicitly? Vague generalizations are usually evasions. Paul was teaching me that I must be specific. Here are the four effects of my selfishness being crossed:

And of course, the effect on marriage is that my wife feels blamed and disapproved of, rather than cherished and cared for. Tender emotions shrivel. Hope is depleted. Strength to carry on in the hardships of ministry wanes. And worst of all, these sins, as Paul makes clear, are “not in step with the truth of the gospel” (Galatians 2:14) — not “worthy of the gospel” (Philippians 1:27).

During these months of self-assessment, Paul made crystal clear for me the connection between Christ’s cancelation of my sins on the cross and my conscious, willed conquering of my sins through blood-bought, Spirit-empowered effort. In other words, he blasted the pattern of passivity that I had developed in relation to these sins. He forced into my face the biblical reality that canceled sins must be killed, not coddled.

He showed me, for example, an important inconsistency I was living in. On the one hand, I believed in, and acted on, the necessity of my conscious effort in killing sexual lust. But I was more passive when it came to these ugly effects of selfishness. I had the unspoken assumption that lust must be attacked directly and consciously, since Jesus said to tear out your eye if you have to (Matthew 5:29). But for some reason, I assumed that I could not attack these besetting sins in the same way. They had to somehow dry up and disappear by an inner, unconscious work of the Spirit, without my effort.

It became increasingly clear during these eight months that the link between the cancelation of my sin on the cross and the conquering of my sin was sanctified effort. To be sure, the only effort that avails is blood-bought, Spirit-wrought effort. But it is, nevertheless, a conscious effort of my will. Passivity in the pursuit of holiness is not what Paul teaches. Paul piles up illustrations of how this works. I look back now and wonder: How had I become so passive?

Here are three of Paul’s pictures of how the death of Christ cancels my sin and leads to effort.

1. In the death of Christ, we died to sin. Therefore, actively put sin to death.

We have been united with him in a death like his. (Romans 6:5)

You also must consider yourselves dead to sin. (Romans 6:11)
Let not sin therefore reign in your mortal body. (Romans 6:12)

2. In the death of Christ, we were bought. Therefore, actively glorify your new owner.

3. In the death of Christ, we were forgiven. Therefore, forgive.

Be kind to one another, tenderhearted, forgiving one another. (Ephesians 4:32)

In every case, the decisive impulse for my active effort in pursuing holiness — my active sin-killing — is the death of Christ. This means that the decisive power for conquering my besetting sins is the reality that Christ already canceled them. The only sins that I can defeat are forgiven sins.

But here’s what I had been missing: in each of these three cases, the link between the cross and my conquered sin is my empowered will. I say that because, in each of these three cases, Paul makes the statement of my death, my purchase, and my forgiveness the cause of a command addressed to my will. “Let not sin . . . reign in your mortal body.” “Glorify God in your body.” “Be kind to one another, tenderhearted, forgiving one another.” Those commands are addressed to me. They engage my will.

In other words, God intends that part of my experience of sanctification be conscious, willed opposition to specific sins in my life. I had applied that to lust. But for some reason, I had failed to apply the same brutal intentionality of sin-killing to my selfishness, anger, self-pity, quickness to blame, and sullenness.

War on a Winter Night

The overall effect of these discoveries was a new and focused attack on specific sins, with a kind of intentionality I had never exercised before, except in fighting sexual lust. When I came back to the church from this eight-month leave, I spoke about all this in a chapel message at Bethlehem College & Seminary and used the following illustration to help them understand what I was learning.

On a recent Sunday evening, it was cozy and snowy, and my wife and daughter and I were home alone. I was looking forward to something we would all do together. But my fourteen-year-old daughter came in from the dining room and said, “Mommy and I are going to watch Supernanny on the computer.” They set it up and started watching — without me.

Now, as insignificant as this incident seems, in that moment the temptation for selfishness, anger, self-pity, blaming, and sullenness was as dangerous to my soul as any sexual temptation. So, with new intentionality and ruthlessness, I immediately said to those rising sinful feelings, No! — not out loud, but to my sinful soul. Then I quietly went upstairs, consciously renouncing any body language of woundedness (though I was feeling it).

In my study, I waged war. Effort! I turned my mind and heart toward the promises of God, and the surety of the cross, and the love of the Father, and the wealth of my inheritance in Christ, and the blessings of that Lord’s Day, and the patience of Jesus. And I held them there in my mind where I could see them.

I cried to the Lord for blood-bought help, and I consciously, intentionally (not passively!) beat down the anger and self-pity and blaming and sullenness, as utterly out of character with who I am in Jesus Christ (1 Corinthians 5:7). And I kept beating until they were effectively dead.

I freely admit that it would be far better — a sign of greater maturity and sanctification — if there did not have to be any war at all, if I had never felt these sinful feelings rising in my heart. That will come.

But until then, I thank God that he cancels sin at the cross, that he breaks the power of canceled sin, and that he does it sometimes through my Spirit-empowered will that fights with all its might.

Photo by StockSnap on Pixabay 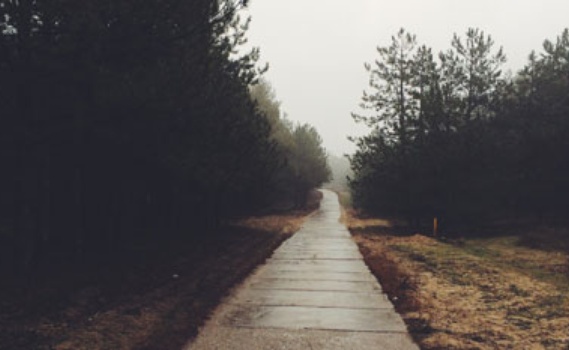 article February 1, 2016
All too often, as believers we don’t realize that the greatest kindness we can offer each other is the truth. Our job is not just to help each other feel good but to help each other be good. We often seem to think that our only options are to: 1) speak the truth hurtfully; or 2) say nothing in the name of grace. This is a lie. 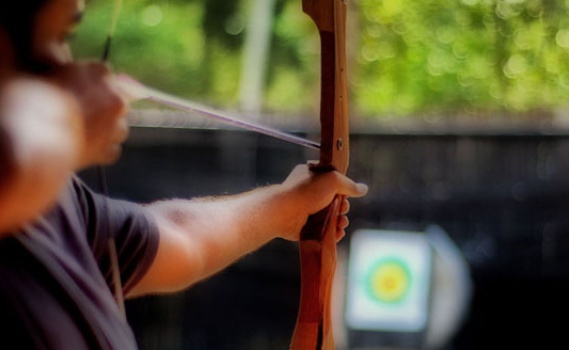 audio December 14, 2015
William Whitaker, who was a Puritan and a Cambridge University professor in the 16th century, spoke of “sinning away that happiness wherein we were created.” And that is a very graphic picture not only of what Adam and Eve did, but also what we who are conceived as sinners and have a sin nature do 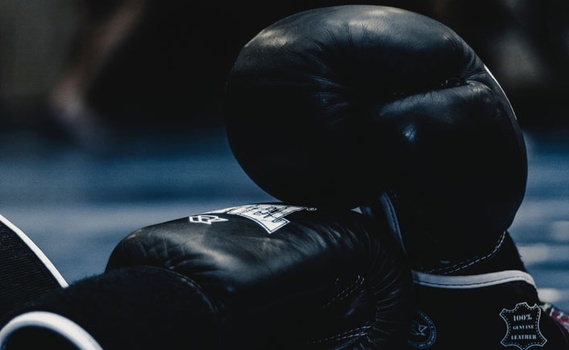 article July 9, 2012
I greatly appreciate the ministry of the Christian Counseling & Educational Foundation (CCEF), located in Philadelphia. Their mission is to “Restore Christ to Counseling and Counseling to the Church.”
Invest in Eternity